In 1986 the very first Surfing Museum in the world was opened. It is located in the Mark Abbott Memorial Lighthouse in Santa Cruz, CA. Outside of this museum is an 18-foot bronze statue. This signature piece was dedicated on May 23, 1992 to a fellow surfers past, present, and future. 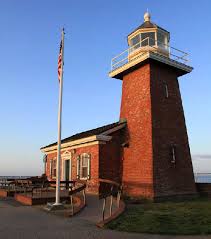 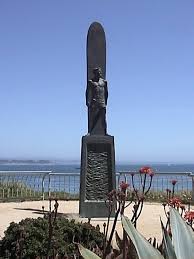 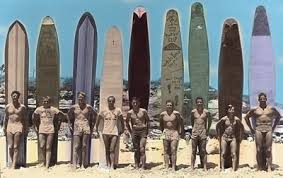 Santa Cruz Surfing Museum is located at the the top of a hill at the Mark Abbott Memorial Lighthouse. The world saw its first surf shop when it was opened in June of 1986. It was formerly just a club that would meet where ever was convenient. The members would change but the feeling of it all remained the same.
The museum features a wide variety of vintage surf boards. The collection has grown since the grand opening and now includes other historic boards. Much more than a place to see unique treasures, this store is the meeting place for lovers of surfing from all across the world. This place is not only a community for surfers but also a historical landmark.
There is an 8 foot bronze statue out front that was designed by Brian W. Curtis and Thomas Marsh. It is titled "To Honor Surfing". Instead of being dedicated to a single person, it is there to honor all surfers past, present, and future. Near the statue, facing the ocean, there is a bench with a saying carved into the back. "In Memory of All Surfers Who Have Caught Their Last Wave -- Santa Cruz Surfing Club."