Bronx Museum of the Arts

The Bronx Museum opened in 1971 and features exhibitions of contemporary art. The museum occupied its current building – a converted synagogue – in 1982. Since then, the space has undergone a number of renovations and expansions. In 2012, the Bronx Museum removed all admission fees which has increased the ability of residents and visitors to tour its galleries and outdoor spaces. The Bronx Museum actively promotes art and art accessibility in local communities. This is accomplished through networking and exhibition opportunities for rising artists, and partnerships with local schools. 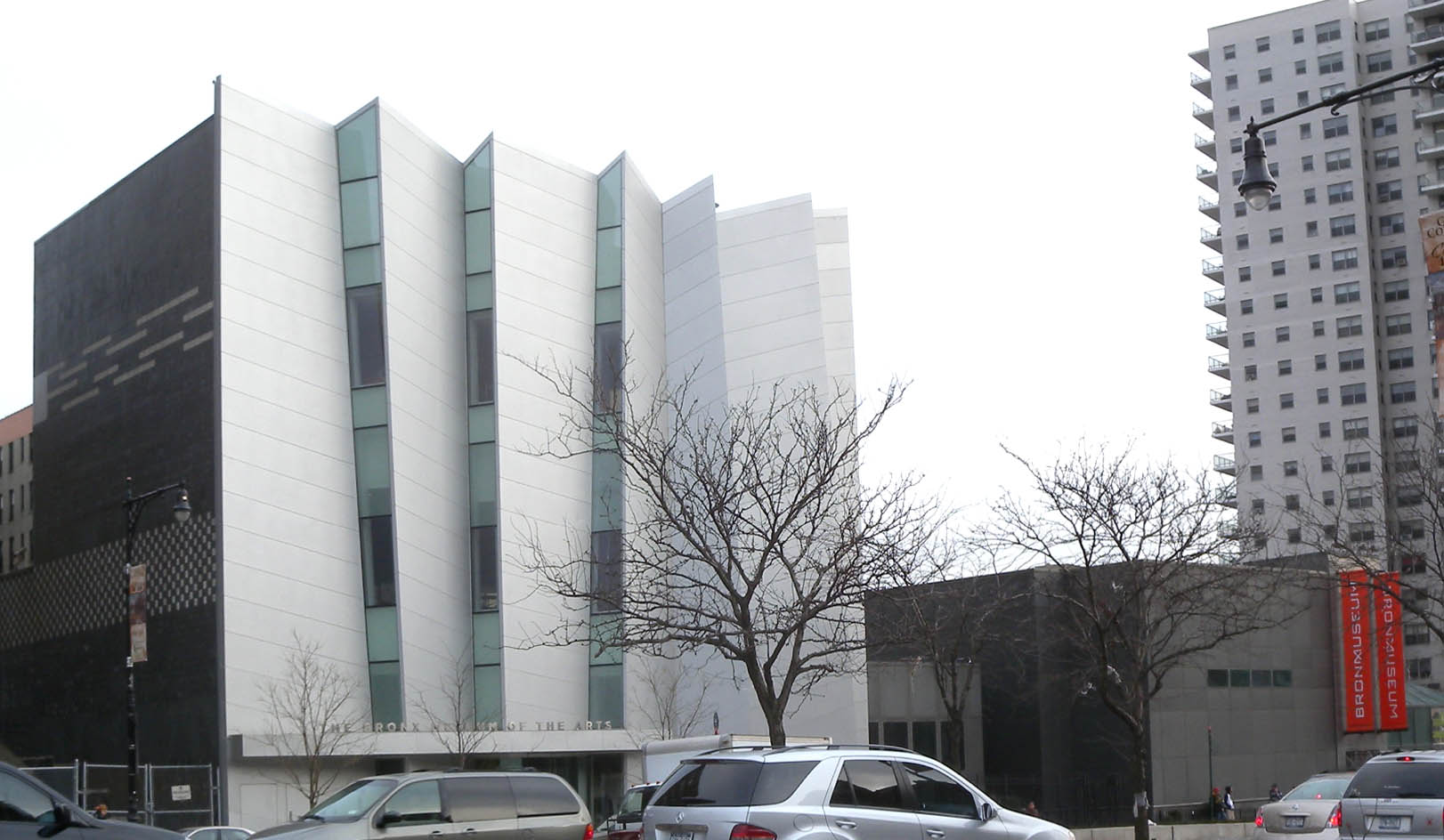 The Black 1988 expansion appears in the foreground while the 2006 addition is visible in the background. 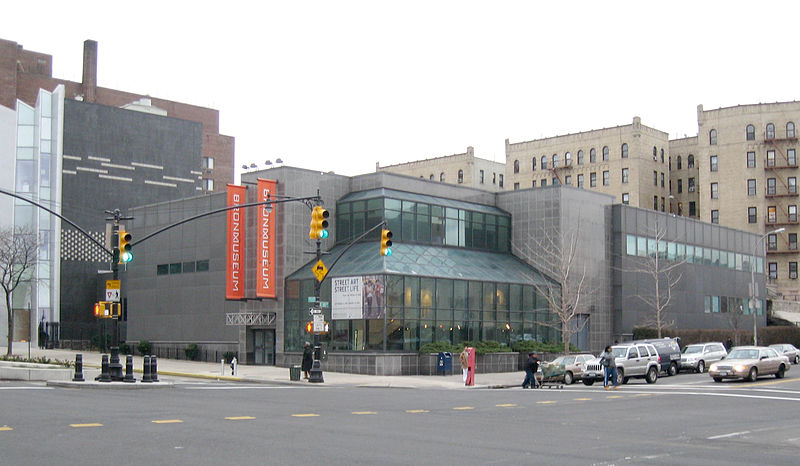 The Bronx Museum of the Arts was founded in 1971, in part due to the work of Irma Fleck. The museum was initially hosted on the ground floor of the Bronx County Courthouse, with supplementary galleries scattered throughout nearby neighborhoods. In 1982, the Bronx Museum found a more permanent home when an unused synagogue was purchased. Simon B. Zelnick had initially designed the place of worship in 1961, though it was used for this purpose for less than two decades. A 1988 expansion of the building by Castro-Blanco, Piscioneri, and Feder transformed much of the museum into the dark glass and steel structure that is still visible today. Expansion continued in 2004, when Arquitectonica was comissioned to design additional museum space. The architectural firm created an accordion-like three-story structure which almost doubled the Bronx Museum's floor space. This addition was completed in 2006 and also included a sculpture garden. In 2016, a $25 million renovation was announced which will bring a sense of cohesive identity to the architecture of the building.

In 2012, the Bronx Museum made the decision to stop charging for admission. Since then, the museum's popularity has skyrocketed and it now welcomes over 100,000 visitors each year. The museum helped build its status as a formidable institution in 2013, when it was selected to represent the United States at the Venice Biennale. The Bronx Museum focuses primarily on exhibiting contemporary artists. The permanent collection includes over 800 paintings, photographs, and sculptures. The museum's mission includes making art accessible and engaging to the ethnically diverse Bronx neighborhood. One way this is accomplished is through the annual "Artist in the Marketplace" program, where a panel of art professionals invite blossoming artists to participate in networking events and an exhibition in the museum. The Bronx Museum also maintains partnerships with many local schools.