Constructed in the late 1850s by Ellzey and Alida Young, this house is named in honor of its most famous owner, George Gurler, who purchased the house in 1892. By that time, George and his brother Henry had become prominent businessmen thanks to their first company, Gurler Brothers Creamery. The home was restored by the late Beatrice Gurler, daughter of George Gurler. Thanks to her efforts, this white frame house preserves the history of one of De Kalb's most influential families and serves as a community center and meeting place for special events.

The front of the Gurler House. 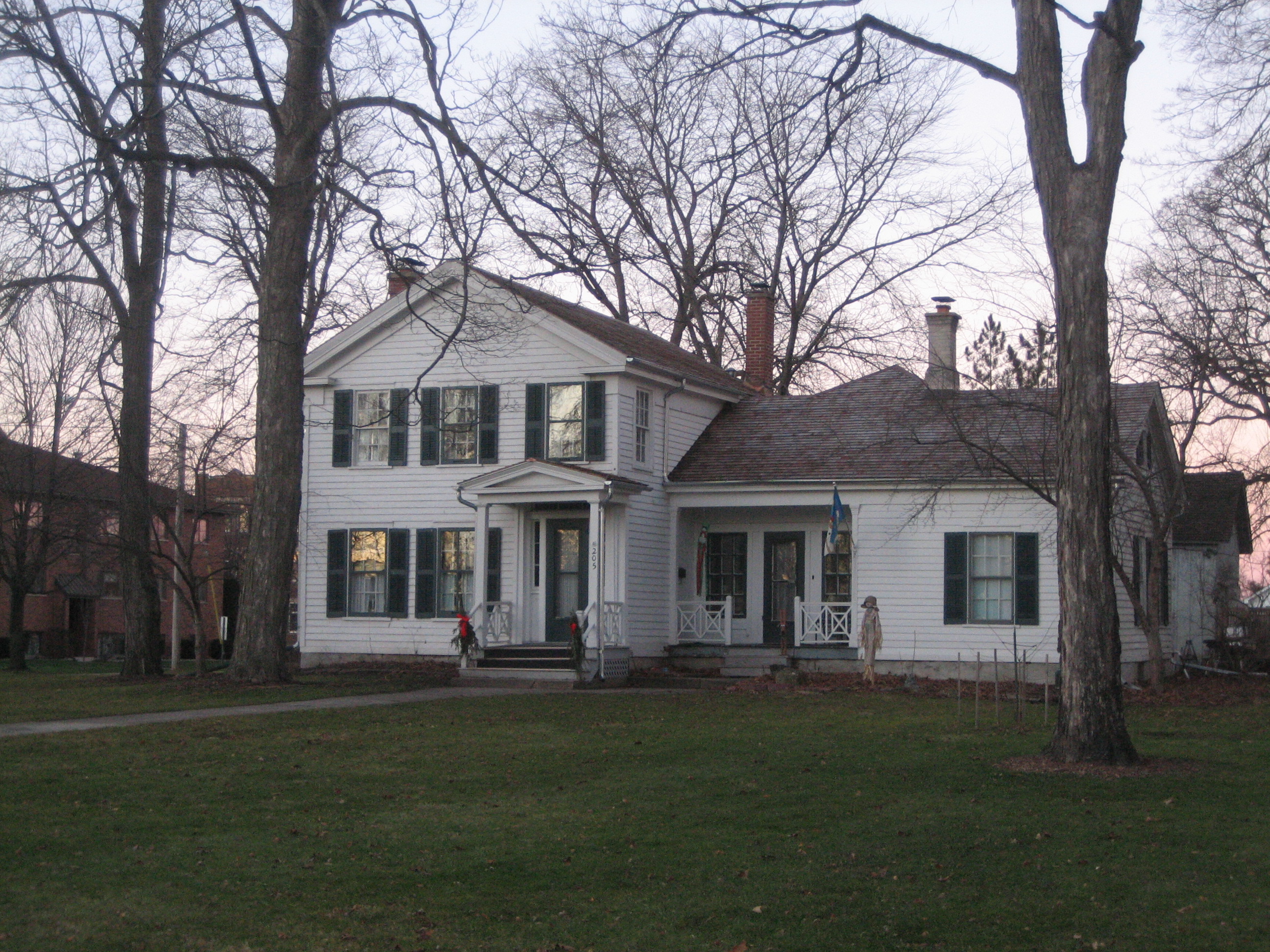 De Kalb was one of the leading producers of barbed wire, an invention which aided the settlement of the West. The community's history is also tied to the dairy business as Gurler Brothers Creamery established a new standard in the milk industry.

With the threat of diseases like tuberculosis, public demand for safer milk and dairy products grew in the 1890s, especially when it concerned the milk given to babies and invalids. Henry Gurler responded to this need and developed a herd of cows that were essentially immune to tuberculosis. He also worked to set high standards in the cleanliness of barns and the hygiene of workers. With this attention to detail at the microbial level, and business acumen at each stage of the company, the Gurlers' milk became the first certified milk in America.

Soon the Gurlers' practices and standards were adopted at creameries around the country. Meanwhile, the Gurlers opened more creameries, with seven distributing agencies in Chicago and two in De Kalb just by 1899. The Gurlers were recognized both nationally and around the world for their capacity for producing safe milk and they even won a gold medal in Paris for the quality and safety of their milk.

The two brothers worked to promote the spread of safer practices in the dairy industry, with Henry serving as a dairy consultant at multiple universities. George became the president of the Illinois Dairymen's Association and assisted in establishing the Farm Bureau.

In contrast to the brother's exacting standards, their former home fell into disrepair but was restored thanks to the efforts of Beatrice Gurler, daughter of George Gurler. Beatrice founded the Gurler House Association in 1979 and thanks to her preservation efforts and work to document the home's significance, the house was also added to the Register of Historic Places.