The Dockum Drug Store Sit-in protest began on July 19, 1958, and lasted for a month. It was was one of the first organized sit-ins in the country. A group of young people led by Ron Walters, who was the president of the Wichita NAACP Youth Council at the time, decided to start the protest. The sit-in was ultimately successful after the owner finally relented because he was losing a lot of money. Other businesses in Wichita soon followed suit, leading to desegregation throughout the city. The sit-in inspired others in Oklahoma City and Greensboro, North Carolina, which took place soon after.

Dockum Drug Store as it appeared in the 1950s. 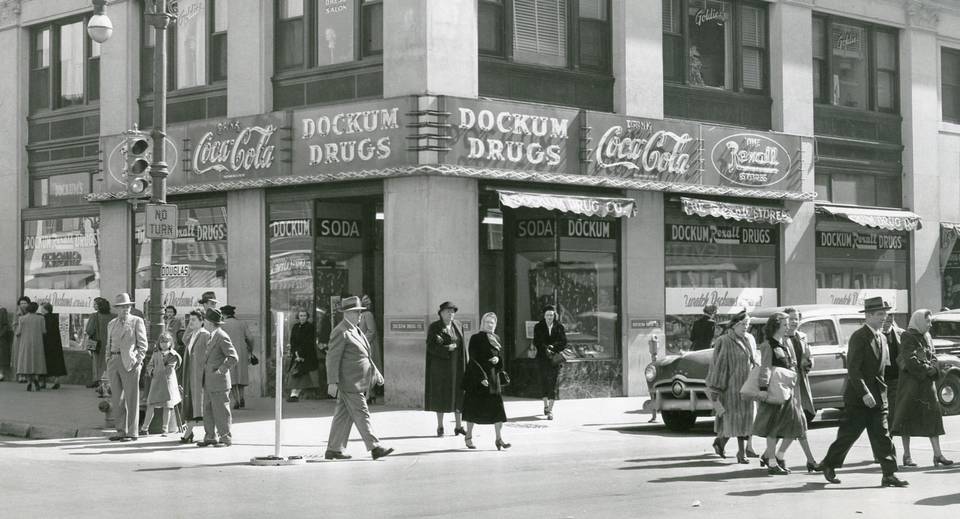 Walters and his cousin Carol Parks-Hahn decided to organize the sit-in to protest the segregation of lunch counters in Wichita. They were inspired by a successful sit-in that occurred in California. The two were tired of the humiliating treatment African Americans received at the local lunch counters, where they were served food in paper bags for carryout and were not allowed to sit at the counter.

For over a month young people would enter the drug store every day and sit at the counters reading newspapers. If they ordered something, they were refused service, but they were non-violent and were not arrested. In the end, the protest was too costly for the owner and he allowed the participants to be served. Local newspapers, fearing losing advertisers, gave little attention to the sit-in and as a result, it did not receive nationwide attention and remained largely unknown for years. The local chapter of the NAACP did not give it full support either (the national organization did not condone sit-ins yet; that would, of course, change a year or so later). Nonetheless, it served as an inspiration for many future sit-ins throughout the country and is today recognized for its historical significance.

Walters finally received an award from the NAACP in 2006 to honor his role in organizing the protest. He continued to work as an activist and eventually became a teacher, author, and television commentator. He passed away in 2010.