Originally named the Somerville Hotel, and later known as the Dunbar Hotel, this historic structure was built in 1928 and served the Black community of Los Angeles during the era of racial segregation. Over the years the hotel served as a haven for the African American community in various ways; it was one of the only prominent hotels in LA to serve African American guests and it hosted the first national conference of the NAACP on the West Coast. The hotel also served as a hub for the Central Avenue jazz movement of the 1930s. The structure is listed on the National Register of Historic Places and currently is used for apartment housing. 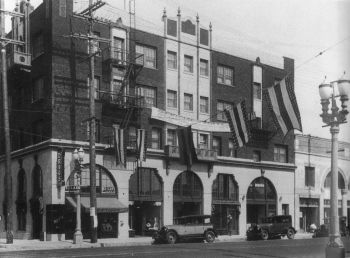 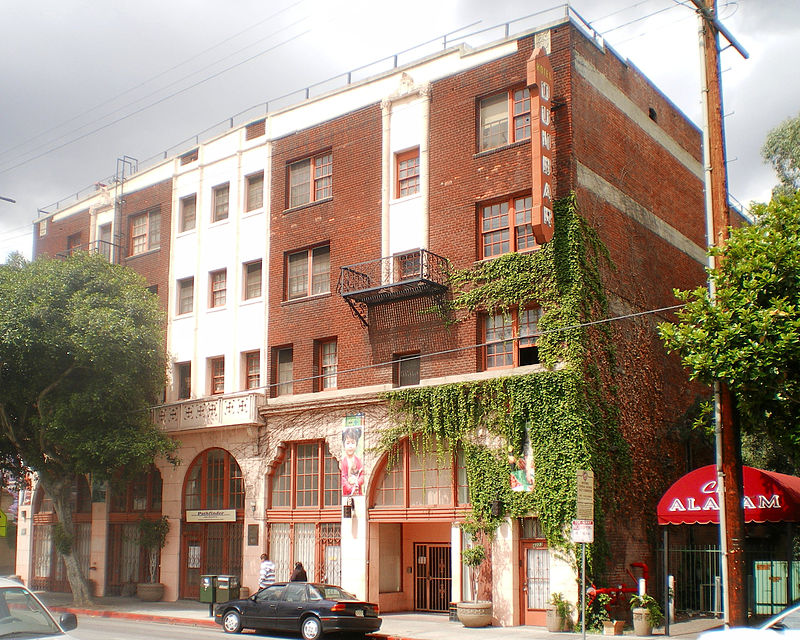 What is known as the Great Migration of the 1920s brought many African Americans out of southern parts of the United States and into its western parts, especially to places like Los Angeles, California, where sites such as the Dunbar Hotel (Somerville Hotel) became beacons for African American community and development. The hotel was built by a prominent African American business man and community leader, Dr. John Somerville, in 1928 out of a necessity for quality accommodation for African Americans who were turned away from white owned hotels. In fact, the hotel itself was built solely by African Americans, which included all laborers, contractors, craftsmen, and financiers.1

During the 1930s and 1940s the Dunbar Hotel was situated in the middle of Los Angeles’s African American cultural center and served virtually every African American dignitary visiting the area during that time, including Oscar DePriest, W.E.B. Dubois, and Langston Hughes. It also housed prominent entertainers of the era such as Bill “Bojangles” Robinson, Herb Jefferies, Louis Armstrong, Duke Ellington, Count Basie, Jimmie Lunceford, Lena Horne, and Billie Holiday. Furthermore, the first NAACP convention held on the west coast was held at the (then) Somerville Hotel in 1928, whose previously mentioned owner, Dr. John Somerville, was an important force in establishing the Los Angeles National Association for the Advancement of Colored People (NAACP) chapter.1

However, as housing laws and practices became less discriminate towards African Americans in 1950s and 1960s, the popularity of the Dunbar Hotel and surrounding area began to decline. The situation was further worsened by the Watts Race Riot of in 1965, which was a six day riot that was the result of rising tensions over African Americans’ discontentment concerning high unemployment rates, substandard housing, and inadequate schools for their children. The culminating issues surrounding the hotel led it to close its doors by 1974.2 Today, even though the site is listed on the national register of historic places, the previously lavish rooms currently serve as low income housing.1