Located outside of Sunlife Stadium, home of the Miami Dolphins, there is a statue of former NFL coach Don Shula. Created in 2010, the statue depicts the moment coach Shula was carried off the field at the end of the 1972 season. This statue captures Shula raising his fist as he was carried off the field by Hall of Fame linebacker Nick Buoniconti and reserve offensive lineman Al Jenkins after winning Super Bowl VII in Los Angeles. That season was the first, and only, undefeated season in the history of the NFL. Available to the public, the statue allows fans to remember that historic moment, learn about it for the first time, and even take a picture with the bronze statue. 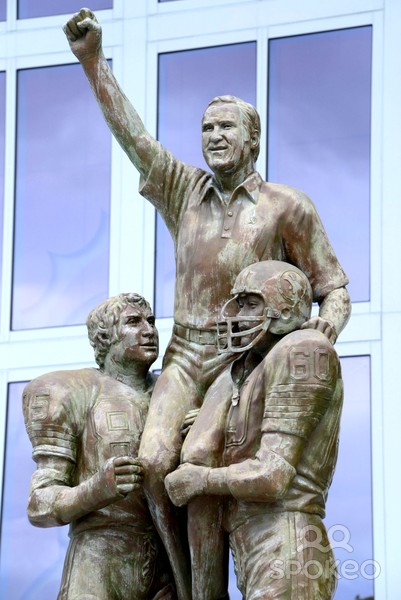 Don Shula after winning the Super Bowl and finishing the season with a perfect 17-0 record. 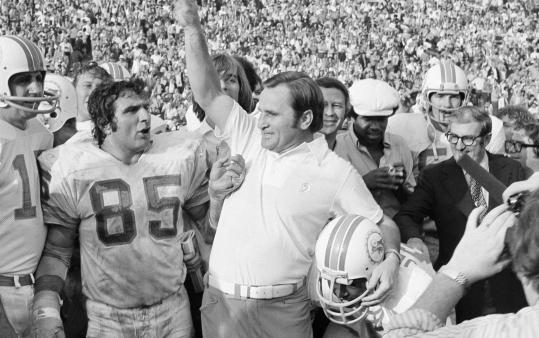 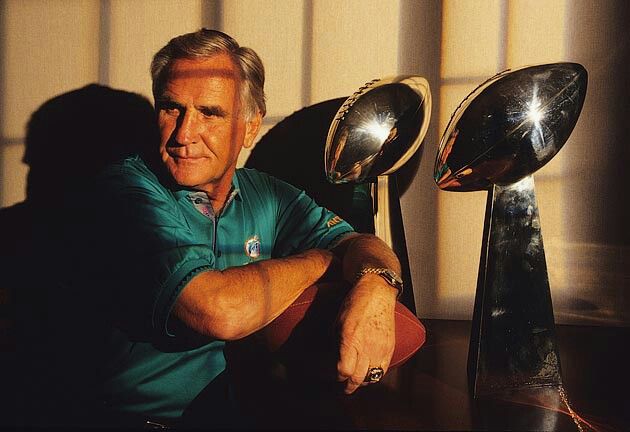 Don Shula was a former NFL player, drafted by the Cleveland Browns in 1951. Shula played for 8 seasons and retired in 1959 as a member of the Washington Redskins. In 1963, Shula got an opportunity to continue his NFL legacy when he was hired as the head coach of the Baltimore Colts. Shula coached in Baltimore for 6 seasons before being fired. Shula didn’t last long on the market, as he was offered the head coaching job of the 4 year old franchise Miami Dolphins.

After taking over, Shula Led the Dolphins to an unprecedented undefeated season in 1972, ending in a 17-0 record and Super Bowl win over the Washington Redskins. Shula would take the Dolphins to 5 super bowls in total, winning two of them (72, 73). Don Shula would finish his career as a dolphin after 33 years of coaching on the sidelines. He retired with 347 career wins, the most by a head coach all-time.

Shula was inducted into the NFL Hall of Fame in 1997 as a coach. His record for most wins still stands today and no other team has ever had a perfect season since Shula’s 1972 Dolphins. The bronze statue outside of Sunlife Stadium captures Shula raising his fist as he was carried off the field by Hall of Fame linebacker Nick Buoniconti and reserve offensive lineman Al Jenkins after winning Super Bowl VII in Los Angeles.

Open to the public year round. Located outside the stadium.