Located outside of the Mandel Jewish Community Center, the David Berger National Memorial is a structure made of Black steel and was created by David E. Davis. The monument consists of the five Olympic rings broken into eleven pieces to symbolize the eleven Israeli athletes killed by the Palestinian terrorists in the Munich massacre at the 1972 Summer Olympics. 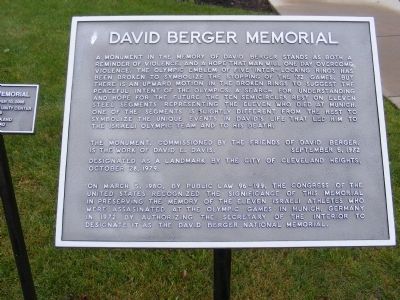 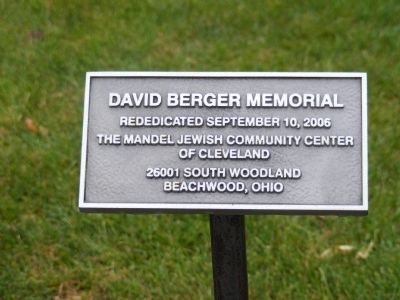 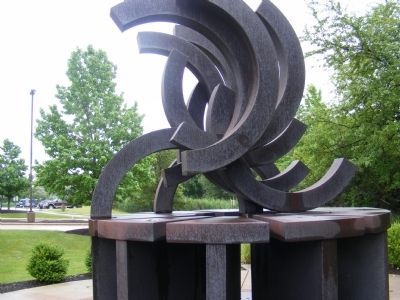 Another view of the David Berger National Memorial 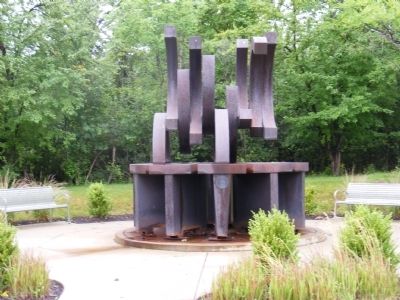 David Berger was born in the United States and held a dual Israeli-American citizenship after he moved to Israel in the early 1970s because of his love for the country. Berger competed in weightlifting events throughout his academic career, which included college, graduate school, and law school. Berger dreamed of participating in the Olympics and won a spot on the 1972 Israeli Olympic team. He was eliminated in an early round of the competition on September 2nd but valued the experience of competing as an Olympic athlete.

Berger shared two rooms with his teammates in the Olympic Village in Munich, West Germany. Security was intentionally designed to be less intrusive during this Olympics than other high-profile events owing to the theme of international peace. Eight members of the Palestinian terrorist organization known as Black September took advantage of the reduced security presence and entered the compound by climbing a fence during the night of September 4th, 1972. Two of the eleven athletes in the rooms were shot instantly with eight others taken as hostages. The members of Black September demanded that Israel release 236 jailed Palestinians, but Israel refused to negotiate with the terrorist organization.

The Palestinian group then demanded transport to a nearby airport so they could escape to an unknown location.  The German police agreed and transported the Palestinians and the hostages via helicopter to the airport.  While the helicopters were landing, German police fired on them. The eight hostages were killed in the battle. There was a mix-up within the media, and the global news organizations had reported at first that the hostages survived.  “Then came Jim McCay’s heartbreaking report. ‘They’re all gone.’” 3