Cabwaylingo is an 8,123 acre state forest in southern Wayne County, West Virginia. The Civilian Conservation Corps (CCC) played a large role in the early establishment of the state forest. The CCC was a government work program created as part of Franklin D. Roosevelt's New Deal. From 1935 to 1939 Cabwaylingo hosted two CCC camps. Workers at these camps were tasked with projects such as reforestation, land surveying, fire control, wildlife management, and various construction projects including building log cabins and a fire tower. Today, Cabwaylingo offers many outdoor recreation activities like hunting, camping, and fishing. 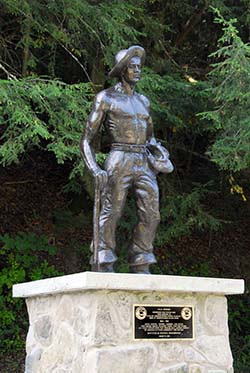 One of the log cabins constructed by the CCC at Cabwaylingo. 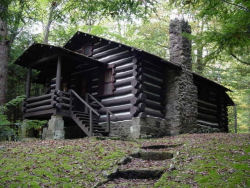 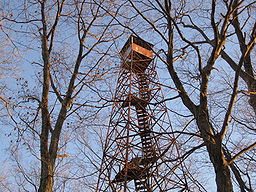 A picture of the scenic forest at Cabwaylingo State Forest. 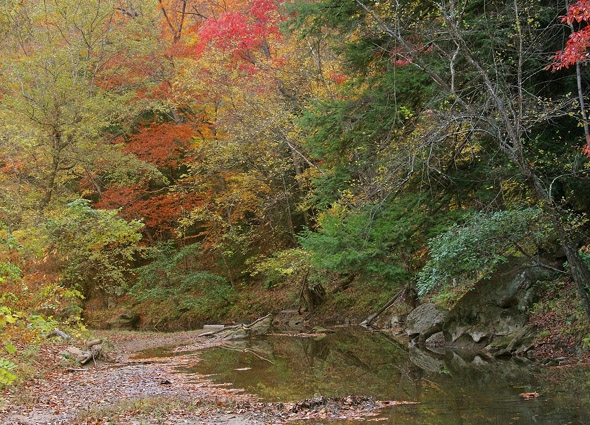 Cabwaylingo State Forest is located in southern Wayne County, 25 miles south of the town of Wayne. The state forest encompasses 8,123 acres of dense forests along the western fork of Twelve Pole Creek. Its unique name is derived from the four counties which surround the forest: Cabell, Wayne, Lincoln, and Mingo. The state forest was established in 1935 by the Civilian Conservation Corps (CCC).

The CCC was a national work program established as part of Franklin D. Roosevelt’s New Deal project. It employed young men between the ages of 18 to 25 for various construction projects throughout the nation in an effort to put individuals back to work during the Great Depression. CCC camps were established throughout the state of West Virginia and were tasked primarily with reforestation and construction projects. Many former CCC camps, like Cabwaylingo, eventually became state forests and parks.

Today, the state forest offers visitors many outdoor recreational opportunities including hunting, fishing, hiking, a swimming pool, and picnic areas. Visitors can stay at one of fifteen log cabins or at one of the twenty camping sites within the forest. The former Camp Anthony Wayne includes a dining hall, showers, and barracks which today is used as a group camp by local churches, schools, scouts, and other organizations. A bronze memorial stands within the state forest dedicated to the hard working CCC men who helped conserve this beautiful forest.