Built in 1759, Old Schoolhouse is New Jersey's oldest surviving structure built specifically for education, and the only one-room schoolhouse to survive from the colonial period. Erected by Quaker, Episcopalian, and non-denominational subscribers, the school reflects education in an era before public schools arose, when communities and churches developed and built schools. From 1815 until 1848, the Female Benevolent Association of Mount Holly took over the school and operated a free school for needy children. From 1848 to the 1920s, the Old Schoolhouse functioned as a private school and an adjunct classroom for the public elementary system. The National Society of The Colonial Dames of America in the State of New Jersey took possession of the building in 1951 and subsequently restored the building to its colonial-era appearance. The school now operates as a museum. 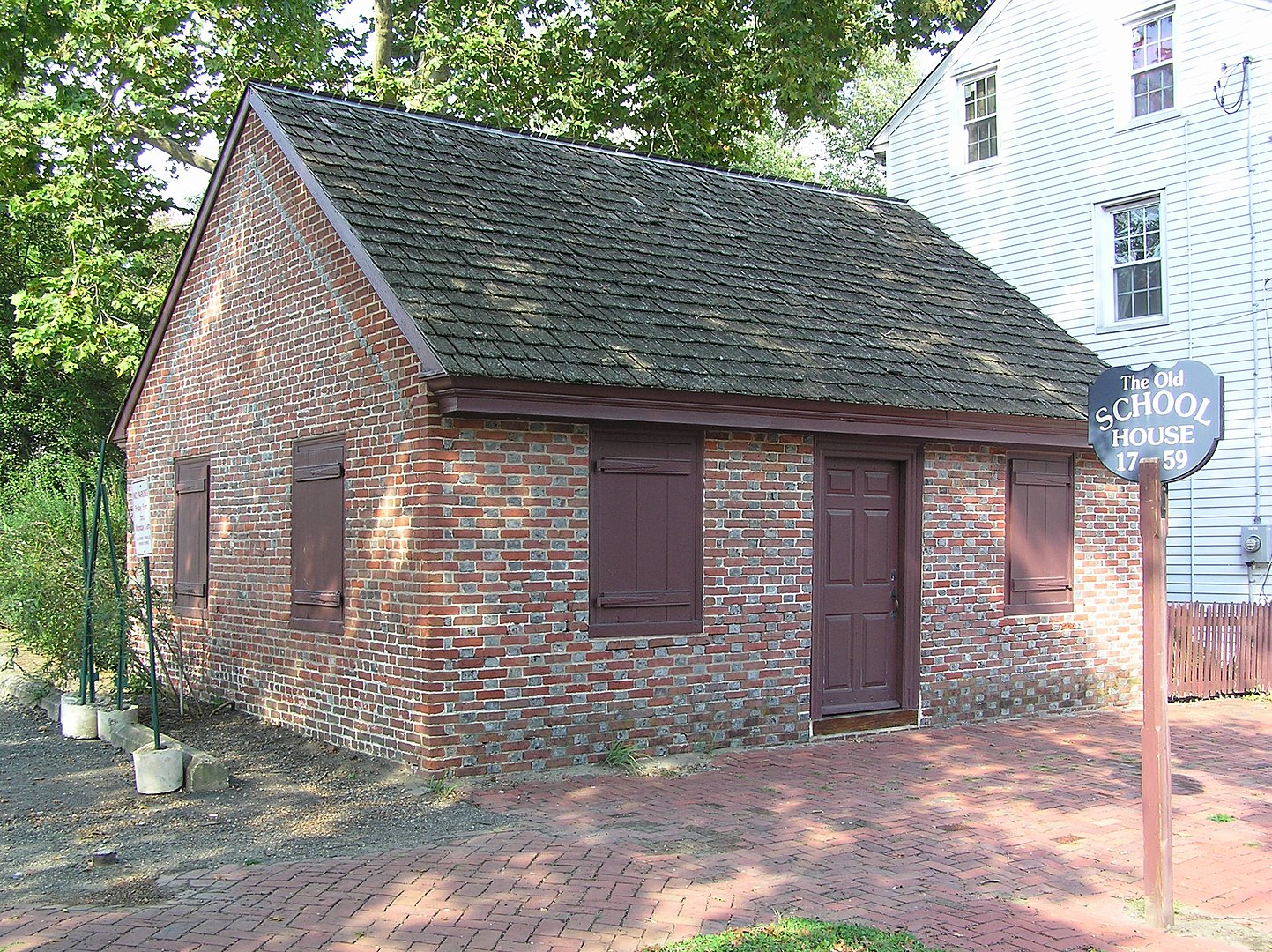 Built in 1759, Old Schoolhouse is the oldest surviving education building in New Jersey and the only one-room schoolhouse to survive from the colonial period. Erected by Quaker, Episcopalian, and non-denominational subscribers, the school reflects the grass-roots nature of primary school education typical in New Jersey through the early nineteenth century. From 1815 until 1848, in an era prior to state-supported free education in New Jersey, the Female Benevolent Association of Mount Holly operated a free school in the building for local, needy children. From 1848 to the 1920s, the Old Schoolhouse functioned as a private school and then as an adjunct classroom for the public elementary system. It now operates as a museum, managed by the National Society of The Colonial Dames of America in the State of New Jersey.

New Jersey differed from other New England locations concerning the speed in which it organized education. Although the College of New Jersey (Princeton University) established in 1746 and Queen's College (Rutgers University) in 1766, there existed no government-supported effort to provide general elementary education. In fact, New Jersey's government did not formally acknowledge its educational responsibility until 1816 when it established a fund to support free public schools and in 1820 when the state levied taxes to pay for schools. Nevertheless, Quakers and other religious institutions often built schools or operated classes in meetinghouses and churches as early as the late seventeenth century and even more so by the early eighteenth century.

The founding of Mount Holly, located in Mount Holly Township of Burlington County, occurred in the early 1700s. The Quakers erected their first meeting house in 1716, and the Episcopalians erected their first church there in 1742. By 1752, the town established the Britannia Fire Company, and in 1762, a library, signs of the town's maturation. Many of the same people who organized the fire company and library -- made up of a mix of Quakers, Episcopalians, and non-denominational Christians -- also built the Old Schoolhouse. Settlers, notably English Quakers, came to the New World with brickmaking skills. So, the wealth of clay-loaded soil in New England suited their skills well, which speaks to the abundance of brick buildings in the area during the eighteenth century, including the Old Schoolhouse.

The National Society of The Colonial Dames of America in the State of New Jersey took possession of the building in 1951, intent on preserving and restoring the Old Schoolhouse. By the time the preservation commenced, the school had gained the name "Brainerd School." However, the term arose from an incorrect association with the Rev. John Brainerd (1720-1781). Brainerd indeed lived at various times in Mount Holly and did establish a school near his church in Mount Holl, but not this historic "Old Schoolhouse." Nevertheless, the legend and the Old Schoolhouse's location on Brainard Street have only served to assure the name has stuck. Today, the Old Schoolhouse is open to the public on selected days and by appointment, although the 2020-21 COVID19 pandemic has caused havoc with its availability. When visitors are allowed to visit, they will experience an eighteenth-century school experience provided by costumed docents.

As of February 2021: Old Schoolhouse is open for tours by appointment only. Tours may be scheduled between 11 am and 2 pm on the hour. Masks and social distancing are required.