Terrace Hill is a large mansion located on a hill in the center of Des Moines, Iowa. Built in 1869 in the Second Empire architectural style at the cost of over $250,000, it is now the governor's mansion. It includes a carriage house and sits on 30 acres of land. The most notable feature is the 90 ft. tower. At the time of its construction, it included modern amenities such as hot and cold water, a one-person elevator, and gas lights. The governor and his family live on the third floor. The mansion is open to free tours March through December.

Terrace Hill is the Iowa's governor's mansion. It was built in 1869 and is an excellent example of Second Empire architecture. 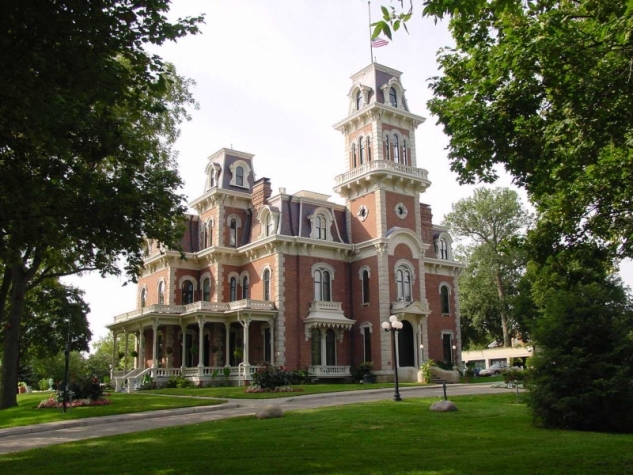 Terrace Hill was built by Benjamin Franklin Allen, Iowa's first millionaire, between 1866-1869. It was designed by architect William Boyington, who was a very successful architect in Chicago. At the time of its construction, it was located on the outskirts of Des Moines but is now in the center of the city. It did not become the governor's mansion until 1976, when the owners offered the building to be the governor's residence. The governors have lived here ever since. It was listed on the National Register of Historic Places in 1972 and designated a National Landmark in 2003.