Cocoa Beach Pier, also known as the Canaveral Pier, is famous for surfing and socializing. Surfing came to Cocoa Beach in the early 1930s by a number of lifeguards searching for the perfect place to enjoy the new sport. Within a decade, the beach held public demonstrations of Hawaiian surfboards and by the 1960s, Cocoa Beach had become a major destination for surfing competitions and events. Numerous surfing schools and events are found in this small beach community. 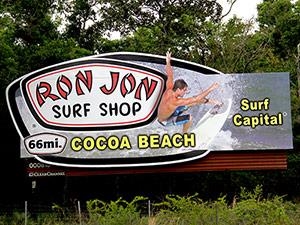 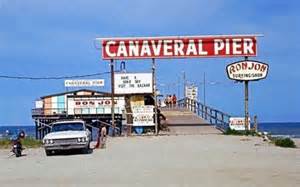 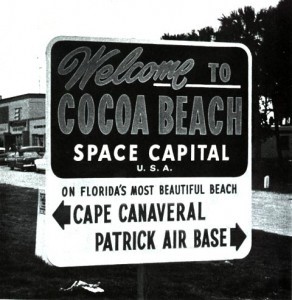 The Cocoa Beach Pier located in Brevard County in Cocoa Beach Florida was built on the East Coast in Florida. The Cocoa Beach pier was built in 1962 by local businessman Richard Stottler. The Cocoa Beach Pier is also known as the Canaveral Pier in the 60’s because it being so close to Cape Canaveral. And as we all know Cape Canaveral is home to the Legendary National Aeronautics and Space Administration (NASA) for its famous rocket launches. Being built the Pier stretched out to be over 800ft over the Atlantic Ocean. Being such long and big pier in a calm and quiet area it was consider the Grandstand seating for drive your own vehicles onto the pier itself.

Other than being a huge local and tourist attraction for the rocket launches it has been also being very known for the surf. Cocoa Beach Pier is one of the most famous surf destinations on the east coast for just some fun surf or local and competitive competitions even till this day. People all around the would come to this very area just to come and check out the beautiful beach and waves. That being said the world all-time best surfer ever, Kelly Slater, grew up in Cocoa Beach surfing on Cocoa Beaches Pier waves and as other old school legend surfers like Dick Catri is widely considered the “Godfather of East Coast Surfing”.

Not only does this pier play a huge role in tourism, having the pier constructed it has bought with it being such an iconic area local businesses.  Just a few block form the pier is the largest surf store in the world Ron Jon Surf Shop as well other surf shops. Today the pier still stands and is accessible. However, in 1983, the Pier underwent a $2 million worth of remodeling and expansion, which included the opening of the award-winning Pier House Restaurant (now known as the Atlantic Ocean Grille) at its time, the Atlantic Ocean Grille however has been changed to other restaurant chains. Along with three other restaurants, tropical bar and gift shops on the pier, it has come to known a local fishing spot at the end of the pier. Surfers have to be a little careful during the end of the evening time when the fishermen are out. Millions guests visit the Pier each year, and that the Pier itself is opened 365 days a year and is staffed with more than 150 employees you are sure to have a great time on your visit to the Cocoa Beach Pier.