Fort Missoula was established as a permanent military post in 1877 and built in response to requests of local townspeople and settlers for protection in the event of conflict with western Montana Indian tribes. It was intended as a major outpost for the region; however, area residents also were quite aware of the payroll, contracts, and employment opportunities Fort Missoula would provide. Fort Missoula never had walls; rather, it was an "open fort," a design common for posts located west of the Mississippi. Open forts required troops to take the offensive and actively patrol the areas to which they were assigned. Construction had barely begun when the Company Commander, Captain Charles Rawn, received orders to halt the advance of a group of non-treaty Nez Perce Indians. The Nez Perce, led by Chiefs Joseph, Looking Glass and others, simply went around the soldiers' hastily-constructed earth and log barricade in Lolo Canyon (later called "Fort Fizzle") and escaped up the Bitterroot Valley. The black 25th Infantry arrived at Fort Missoula in May 1888. See 25th Infantry to learn more. The efforts of Congressman Joseph Dixon of Missoula led to the appropriation of $1 million in 1904 to remodel Fort Missoula. A modern complex of concrete buildings with red tile roofs was constructed between 1908 and 1914, including a new Officer's Row, barracks, and Post Hospital. The fort was used as a military training center during World War I, but was almost abandoned by 1921. However, it was designated as the Northwest Regional Headquarters for the Civilian Conservation Corps in 1933. Fort Missoula was turned over to the Department of Immigration and Naturalization in 1941 for use as an alien detention center for non-military Italian and Japanese-American men. See Alien Detention for more information. The camp was used as a prison for military personnel accused of military crimes and other personnel awaiting court-martial following World War II. After the post was decommissioned in 1947, many of the buildings were sold, dismantled, and removed from the site. The majority of the land is now in the hands of non-military agencies, including the U.S. Forest Service, the Bureau of Land Management, and Missoula County (including the Historical Museum at Fort Missoula). 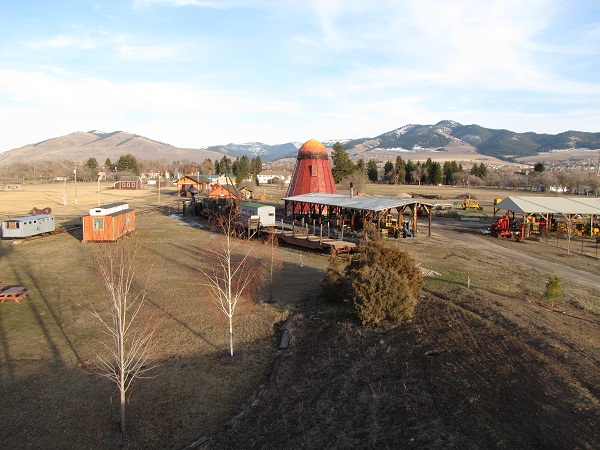