Constructed from 17 blocks of granite and rising sixty feet tall, this monument pays tribute to soldiers and sailors who served the Union army and navy during the Civil War. The monument weighs over 100 tons and includes the names of individual battles in which local troops participated. Three statues on the corners honor the three main divisions of combat arms in the army (infantry, cavalry, and artillery) while a fourth honors the navy. 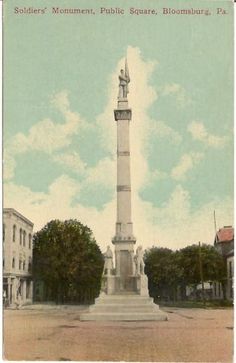 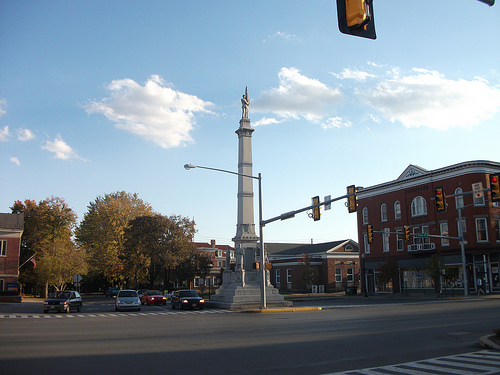