Fort Negley was built by Union troops during the Civil War following their occupation of Nashville. The fort was designed to garrison the city and defend against any Confederate attempts to regain control of the city. Fort Negley was the biggest inland stone fort of the entire Civil War period, making Nashville the most fortified Union-held city except for Washington, DC. The structure was built in the fall of 1862 entirely by African-American labor. The fort played a role in the Battle of Nashville in December 1864, one of the most decisive battles of the war. The fort was preserved as an historical site during the Great Depression of the 1930s under the Works Progress Administration (WPA), a project which was completed in 1938. However, it was neglected and remained closed for many years. Between 2002 and 2007, however, the site was restored and a Visitors Center was added. Fort Negley is most significant for its role in the American Civil War, but it also shares lessons about the history of the WPA, historic preservation, and the role of African Americans in shaping American history.

Fort Negley during the Civil War 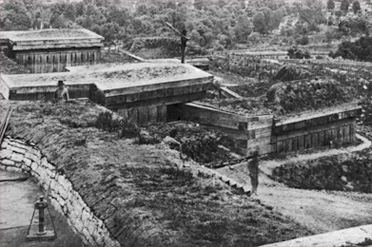 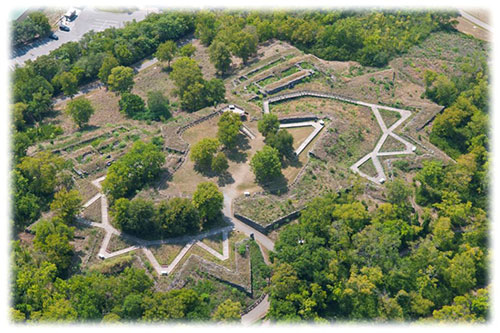 A reenactment of the United Stated Colored Troops' 13th Infantry Regiment, the troops who garrisoned the fort, during the commemoration of the opening of the Fort Negley Visitors Center in 2007 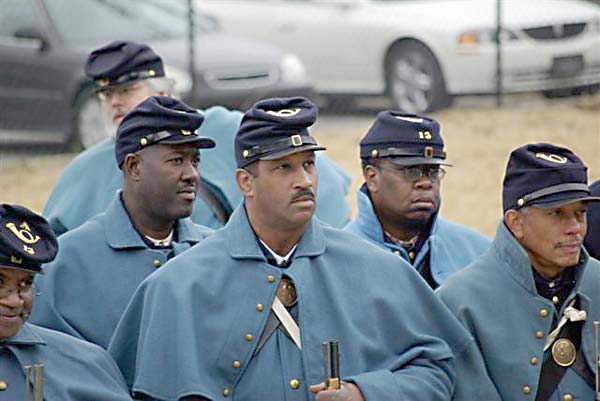 In early 1862, the Union Army had not yet won a decisive victory in the Civil War. Its commander, Gen. Ulysses S. Grant, was seeking to control the strategic Tennessee and Cumberland Rivers in the Western Theatre. In February, after a difficult campaign, Grant captured the Confederate strongholds Fort Henry and Fort Donelson. (As a result of these victories, Grant was promoted from brigadier to major general.)1 The Confederate military leadership decided that the city of Nashville could not be defended and abandoned it.

The Union forces then occupied Nashville and constructed a fort to defend the city. It was built on St. Cloud Hill, a high, advantageous position at the city's southern end. (This had been a favorite picnic spot for Nashville citizens prior to the war.)2 The fort measured 600 by 300 feet, and covered four acres. It was constructed between October and December, 1962, entirely by Black conscript labor, including local slaves, newly-freed (runaway) slaves and Black freedmen. More than 2700 African-Americans worked on it, though only about 300 were paid.2

It was named after Gen. James Scott Negley, commander of Federal forces in Nashville.2 In December, 1864, about two years after Fort Negley was completed, Confederate forces tried to retake the city. During the Battle of Nashville, one of the most decisive engagements of the war, artillery from the fort assaulted Confederate forces led by Gen. John Bell Hood. Gen. Hood went down in defeat.3

After the war, the site of the fort was neglected for many years. In 1928, the city of Nashville purchased the property. In 1936, under the Depression Era Works Projects Administration (WPA), the fort was reconstructed by about 800 laborers at a cost of $84,000.3 (You would need to multiply that number by about twenty to get a sense of what that would cost in today's dollars.) The fort was reopened to the public in 1938, but during World War II, it fell into neglect again, and was closed to the public in the 1960s.3

Reconstruction of the park was made a priority in the 1990s and the city dedicated the funds for the project in 2002 - the largest appropriation of city funds for the preservation of a Civil War site in the nation.3 The park was reopened on December 15, 2004, the 140th Anniversary of the Battle of Nashville.3 The Visitors Center, a 4,605-square-foot, $1 million facility, opened in 2007.3 According to the fort's newsletter, since 2007 tens of thousands of people have visited the site.4

School tours are offered free with advance reservations.5 According to the fort's website, the guided tour, called "Fort Negley: A Symbol of Union Occupation," "emphasizes the fort’s impact on military operations, race relations and occupied civilians through first-person accounts and official records."5 These tours are combined with two 20-minute films: “The Fall of Nashville” and "“Defending Nashville: The Story of Fort Negley.”5 There are  interactive touch screens that give additional information for visitors. The site is also a meeting place for two Civil War-related groups: the Nashville Civil War Roundtable and Fort Donelson Camp 62, Sons of Union Veterans.5

Start at the historical marker for Captain Tom Ryman and drive to historical buildings, cemeteries, factories, and fort sites. Along the way, visit the Adventure Science Center (formerly Children's Museum of Nashville), and end at the 8th Avenue Reservoir and Park.