Yeager Airport opened in 1947 following a three-year construction project that required two million pounds of explosives in order to remove mountain ridges. The project also required the movement of nine million cubic yards of earth and rock. The airport's construction began while the nation was engaged in World War II and is one of the largest earth moving project in the history of world. The airport was known as Kanawha Airport until 1985, when it was renamed in honor of General Chuck Yeager, a West Virginia native who served as the test pilot for the world's first supersonic flight.

This brochure from the 1950s shows how engineers removed mountain tops and filled in valleys with nine million cubic yards of rock and soil to create space for the runways. 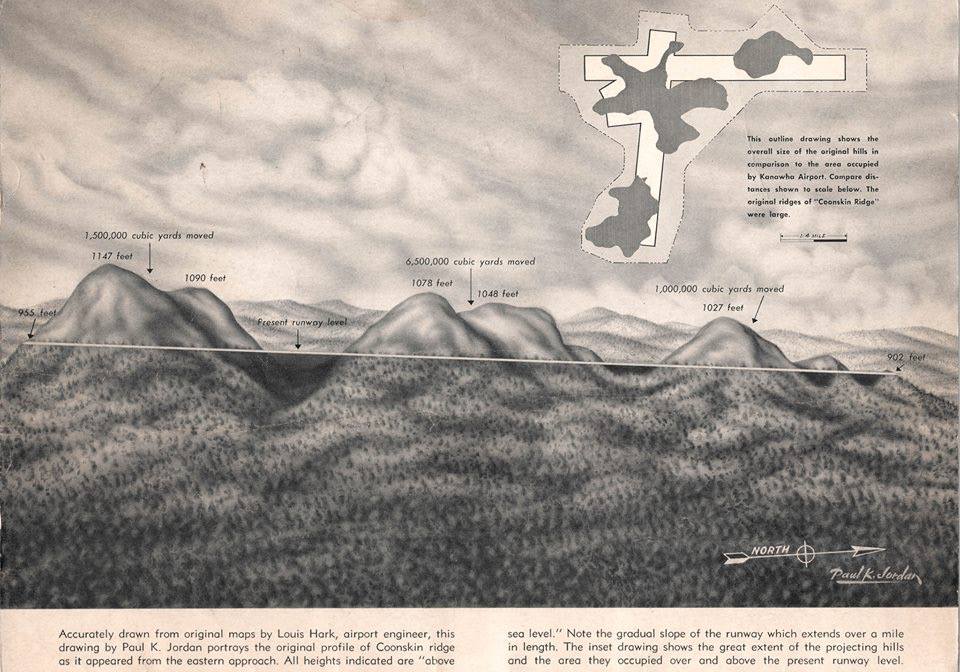 In January 2010, the decision to build an EMAS system at the end of the runway proved critical to preventing this passenger plane from going over the side of the hill. 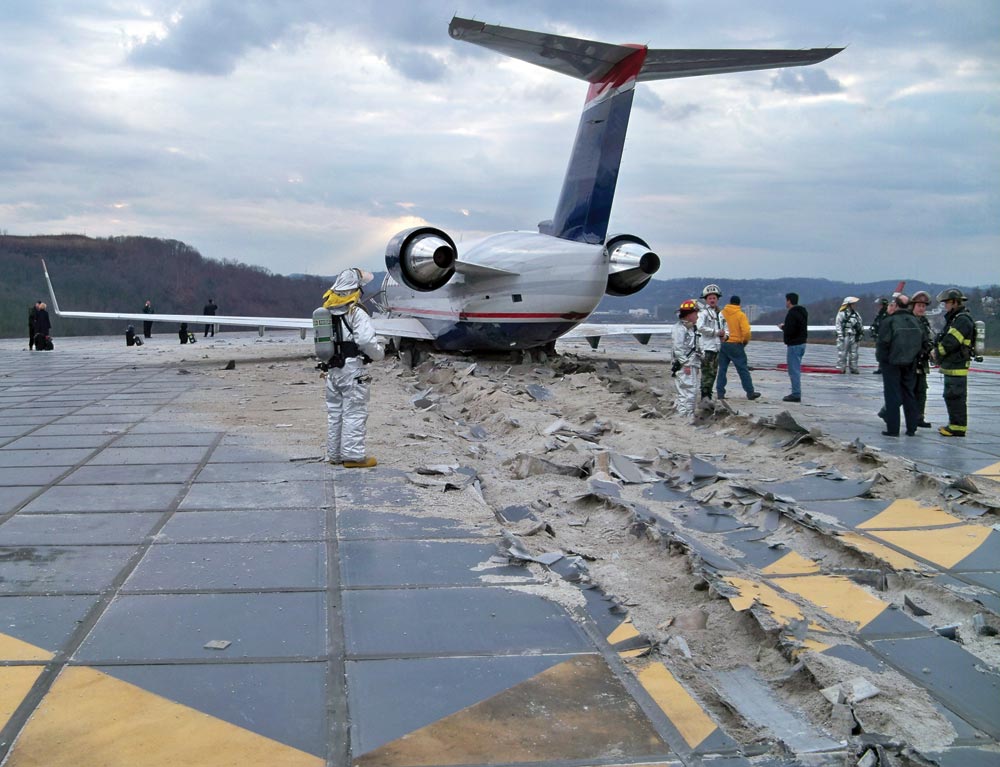 In 2015, the reinforced slope that supported the EMAS system collapsed after days of snow and rainfall. The resulting landslide destroyed a local church and many homes. 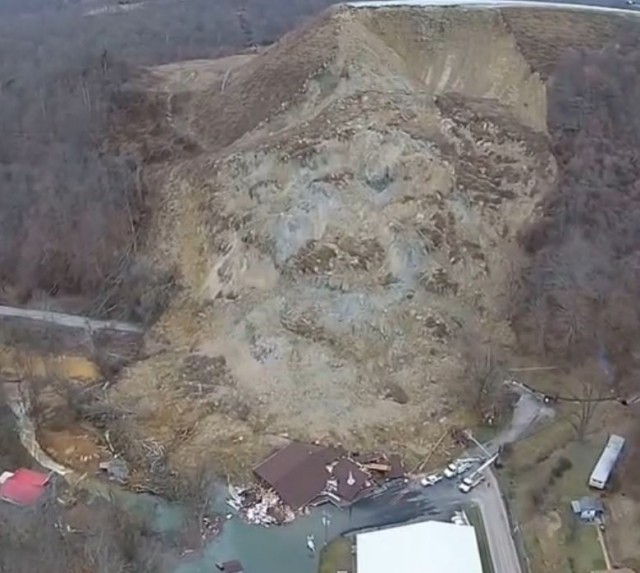 Charleston’s first commercial airport opened in 1930 at Wertz Field in nearby Institute, WV. In addition to offering air mail and passenger services, Wertz Field was home to a civilian training program that was operated by the historically-Black West Virginia State College (West Virginia State University today) Between the program’s first classes in 1939 and the closure of the airfield in 1942, dozens of Black young men graduated from West Virginia State’s pilot training program. Many of these graduates went on to attend the Army Air Corps’ training program at Tuskegee University in Alabama. Graduates of this program were commissioned as pilots and mechanics, serving in Air Corps units in World War II that would collectively be remembered as “the Tuskegee Airmen.”

Wertz Field’s short runways were well suited for small aircraft and training pilots. However, by the mid-1930s, the runways were too small for many of the newer types of passenger aircraft. As a result, the American Airlines and other companies no longer served the city of Charleston. In 1937, city leaders began an effort to either extend Wertz Field's runways or select a site for a new airfield.

After one year of study, the committee determined that it would be impossible to extend the runways at Wertz Field. "We must build on the hilltops,” the committee declared, words that would lead to the largest earth-moving construction project in American history up to that time. City Engineer Harry Campbell studied and selected Coonskin Ridge, a series of large hills just north of the city, as the future site of the airport. With the support of the federal Works Progress Administration, a 2.75 million dollar appropriation from Congress, and a one-million-dollar bond levy, construction of Charleston's "upstairs airport" began in 1944.

The airport was completed in 1947, with the first flights being made by the 167th Fighter Squadron of the West Virginia National Guard. The airport is still home to the Air National Guard as well as numerous commercial carriers. Years after the airport's completion, the Federal Aviation Administration (FAA) required the addition of an engineered materials arresting system (EMAS)—a safety feature that required a 500-foot extension of the primary runway. The project required the movement and addition of an additional one million cubic yards of soil to the southern and of the runway. In January 2010, the EMAS system was critical in stopping a passenger plane that might have otherwise gone over the hillside. In the spring of 2015, however, a portion of the soil that supported the creation of the EMAS system collapsed after days of snow and rainfall. The resulting landslide caused an avalanche of mud, rock, and silt that destroyed a local church and many homes.