In the period before the Civil War, there were few public institutions that served African Americans. An organization known as the Colored Orphan Asylum was located at this site and provided housing for Black children who had lost their parents in New York City until 1863, when the building was targeted and destroyed by a mob during the infamous New York City Draft Riots. Angered by the announcement that the Union army would institute a draft, native whites and recent immigrants to the city centered their rage on Black residents. From July 13th to the July 16th, 1863 rioters attacked Black homes and institutions, as well as any other proxy for their rage at the government's decision to institute a draft for a war that some whites believed would lead to hundreds of thousands of African Americans becoming free and moving to Northern cities where they would compete for jobs with white laborers. At the height of the riot, members of their mob expressed their anger at the possibility of Black migration by burning the city orphanage. Owing to the heroism of workers, police, and bystanders, the children who lived at the orphanage were able to escape but several were beaten by members of the mob.

Girl's playground at the orphanage 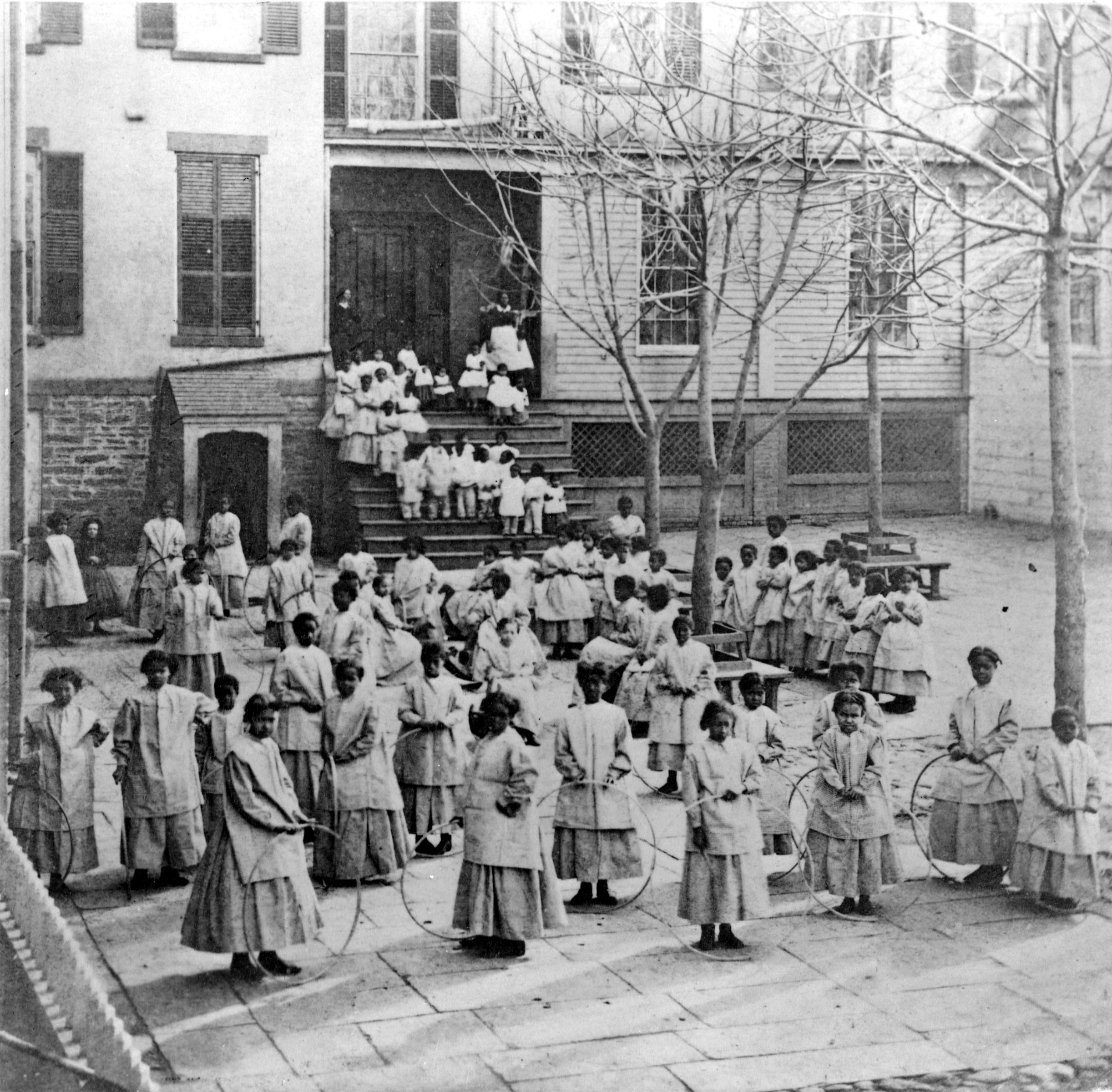 Boy's playground at the orphanage 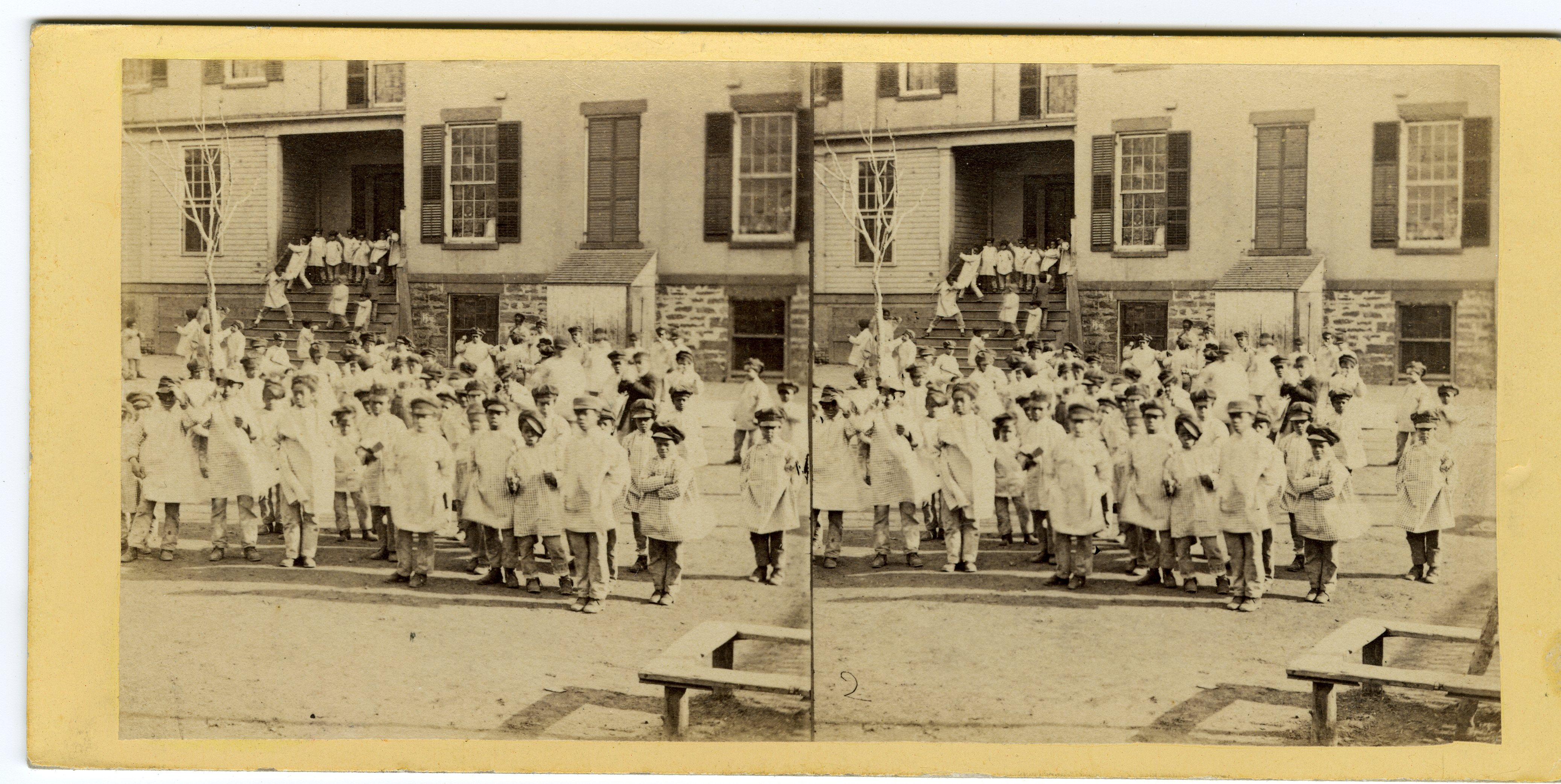 Drawing of the mob burning the orphanage 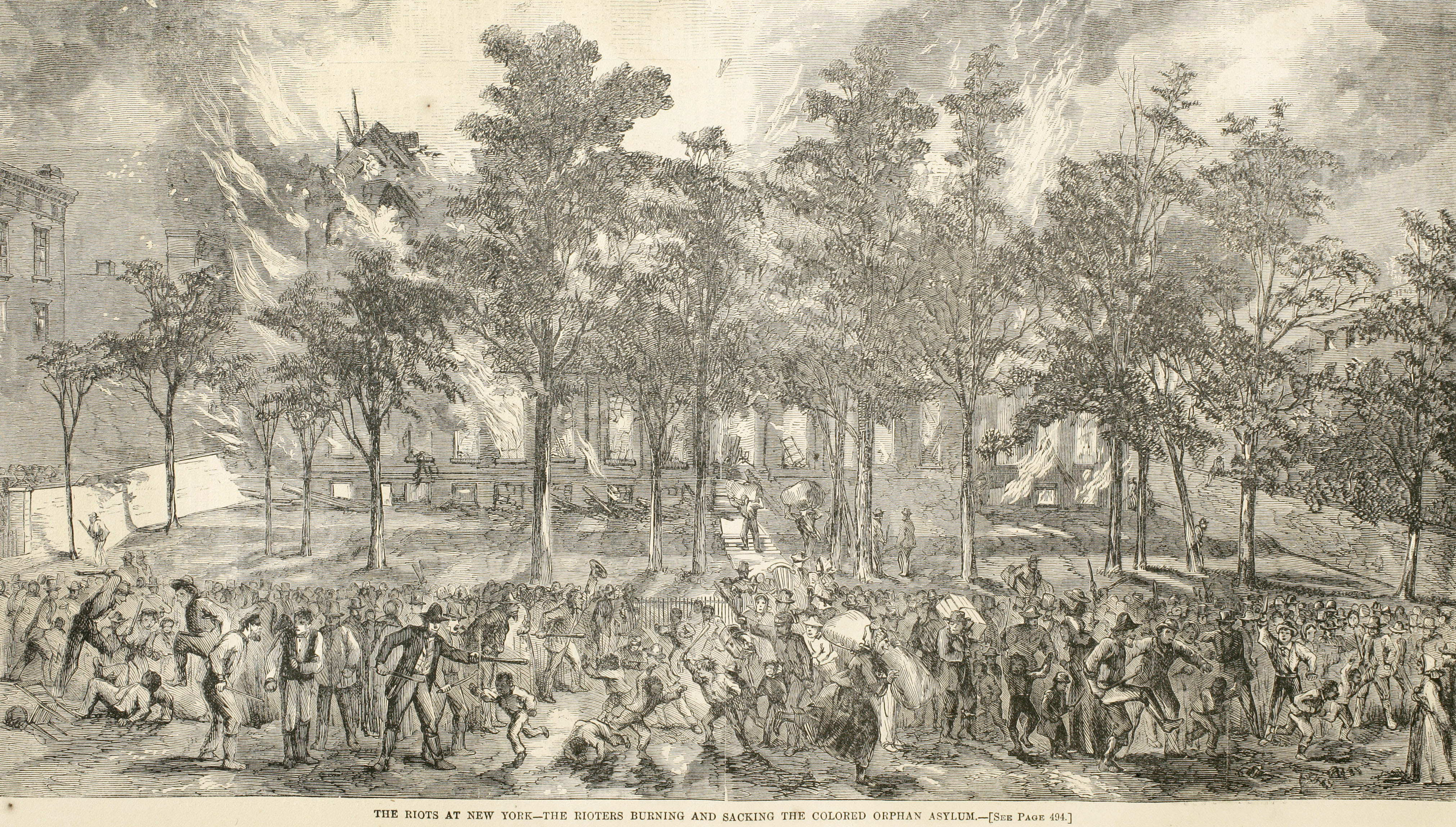 Another drawing of the burning orphanage 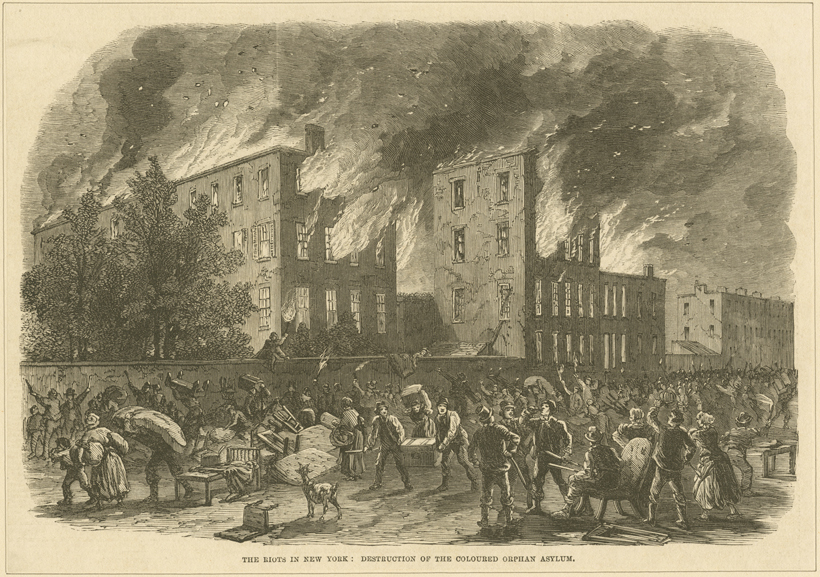 Current view of where the orphanage once stood 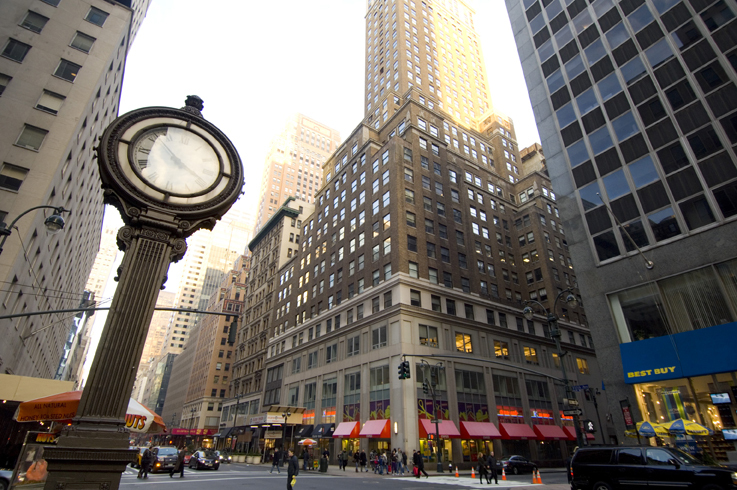 Learn more about the African American experience in NYC with this book from the University of Chicago Press. Click the link below for more info about this book. 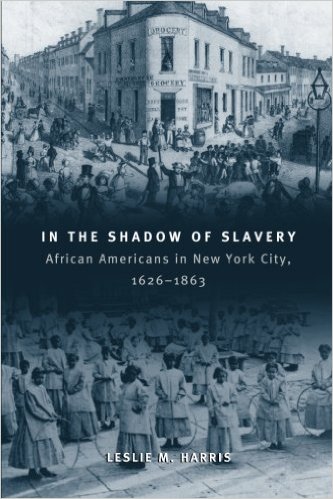 The Colored Orphan Asylum was established in 1836 by Quakers Mary Murray and Anna and Hanna Shotwell. The asylum was established on 5th Avenue, between 42nd and 43rd Street, near the current location of the New York Public Library. The Colored Orphan Asylum was the first of its kind in the United States, and among its staff was the first licensed Black medical doctor, Dr. James McCune Smith. The asylum was housed in a four story building with two three story wings, and the asylum took in over 400 children annually.

Life was tough for African Americans in New York City in the 1800s, as they were given very unfair treatment. Blacks were forced to stand on the desk of Hudson River Steamers even when it was raining as African Americans were not permitted to purchase cabins, and several other places were segregated as well, such as churches and schools. Tensions were particularly high between African Americans and newly arrived immigrants in New York City, as Congress, facing an ongoing Civil War, instituted a draft to bolster the ranks of the Union Army. Immigrants were particularly targeted for service as they were promised things like money and food, two things immigrants lacked when arriving in America. With the Emancipation Proclamation being passed, some saw the Civil War as a war for slavery and many immigrants knew they would have to compete with recently freed African Americans for jobs.

Tensions eventually boiled over on July 13th 1863, when a mob of over 500 people converged at the Ninth District's provost marshal's office on Third Avenue and 47th street. The mob ransacked the building and set it on fire, and dismantled the vehicles of the fire brigades who tried to put out the blaze. The rioters also cut telegraph wires to keep from other parts of the city from knowing about the riot. Since the city was lacking a militia at the time, the police force was the only defense the city had against the mobs. Many buildings were set ablaze in the riots, including the Bulls Head Hotel, the Mayor's office, and several police stations.

The rioters began targeting Black people as their scapegoats and main sources of anger, with multiple African Americans being beaten, tortured, and lynched throughout the city. The Colored Orphan Asylum was one of the main targets of the rioters, claiming that the orphanage  was a "symbol of white charity to Blacks and of Black upward mobility". The mob looted and burned the building at 4 PM on July 13th, amazingly the 233 orphans who called the asylum home escaped both the blaze and the wrath of the mob. Two firefighters, Chief Engineer Decker and Paddy McCaffrey, attempted to put out the flames but it was no good, the Colored Orphan Asylum was lost.

The riots lasted until July 16th, when the New York State Militia returned to the city and fought back against the rioters. 120 people were killed in the riots, and many African Americans fled New York City. The orphanage was reestablished in a number of places throughout the years, first relocating to a hamlet in the Upper East Side, then going to a site on 143rd Street and Amsterdam Avenue in Harlem in 1868, then relocating one last time to 261st Street and Palisade Avenue in the Bronx in 1907. Facing many pressures, the Colored Orphan Asylum changed its name to the Riverdale Children's Association in 1944 and continues to operate under this name.