John Milburn Davis commissioned this elaborate memorial depicting marble statues of him and his wife Sarah shortly after she died in 1930. The statues show the couple throughout various stages of life, with the last scene being an elderly John Davis sitting next to an empty chair where his wife would have sat. These statues, built between 1932 and 1940, reportedly cost Davis his entire fortune and he spent the final years of his life in relative poverty.

The memorial depicts Davis and his wife together in various stages of life. 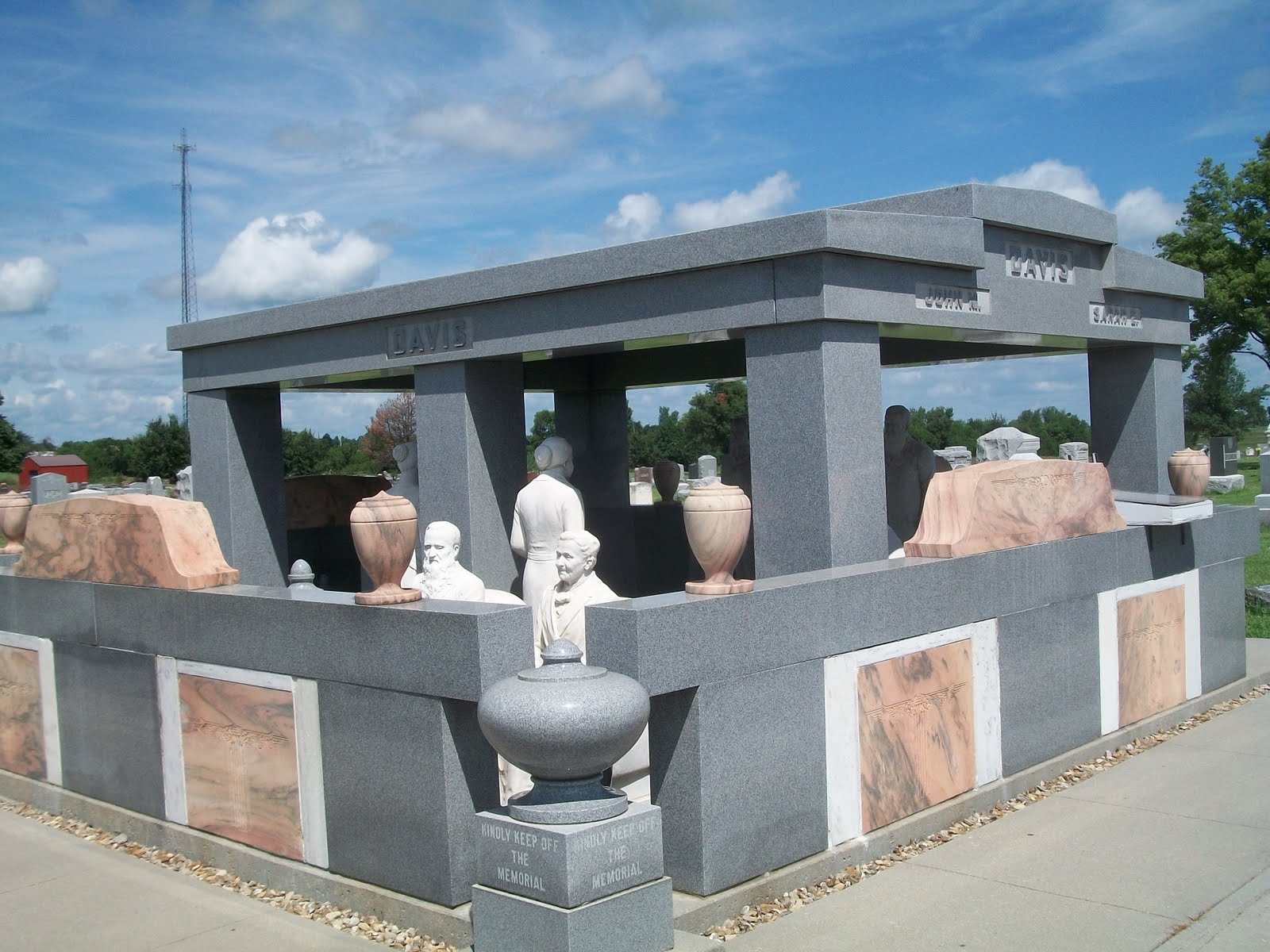 The final statues were made with granite instead of marble, perhaps reflecting that Davis spent his entire fortune constructing this elaborate memorial. 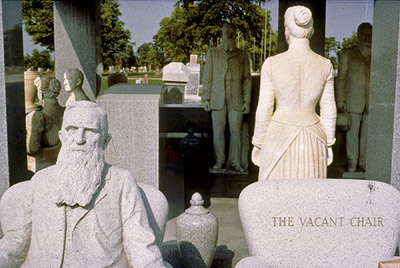