The Museum of American Finance is the nation’s only independent museum dedicated to preserving, exhibiting and teaching about American finance and financial history. Housed in an historic bank building on Wall Street, the Museum’s magnificent grand mezzanine banking hall provides an ideal setting for permanent exhibits on the financial markets, money, banking, entrepreneurship, and Alexander Hamilton. With its extensive collection of financial documents and objects, and its seminars and educational programming, the Museum portrays the breadth and richness of American financial history, achievement, and practices. It occupies the former home of the Bank of New York, founded by Alexander Hamilton in 1784.

Front facade of the museum 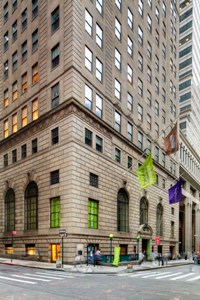 Exhibit on the history of American Entepenuers 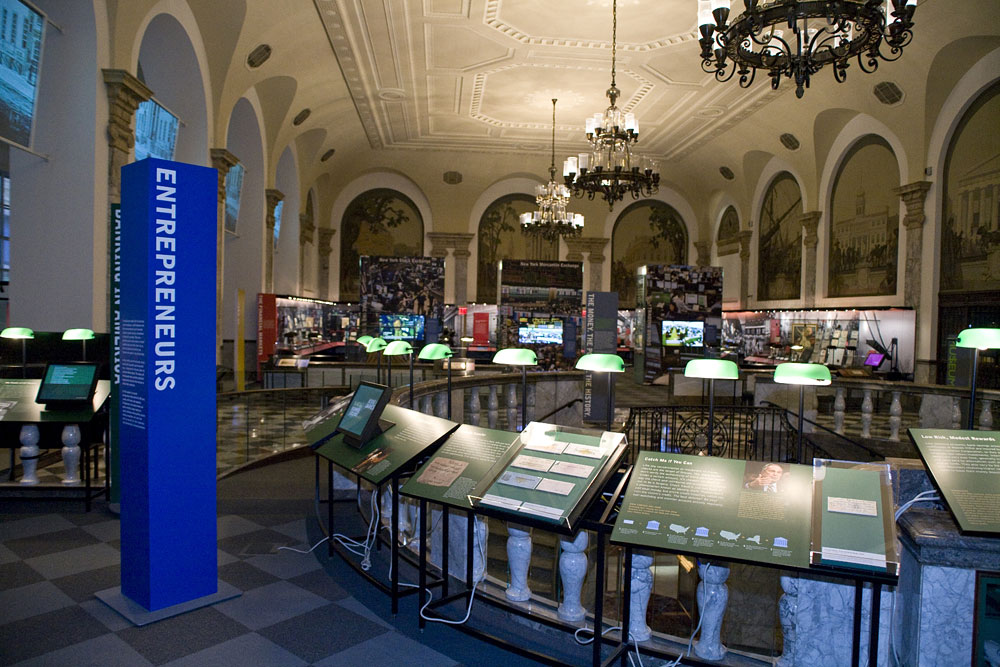 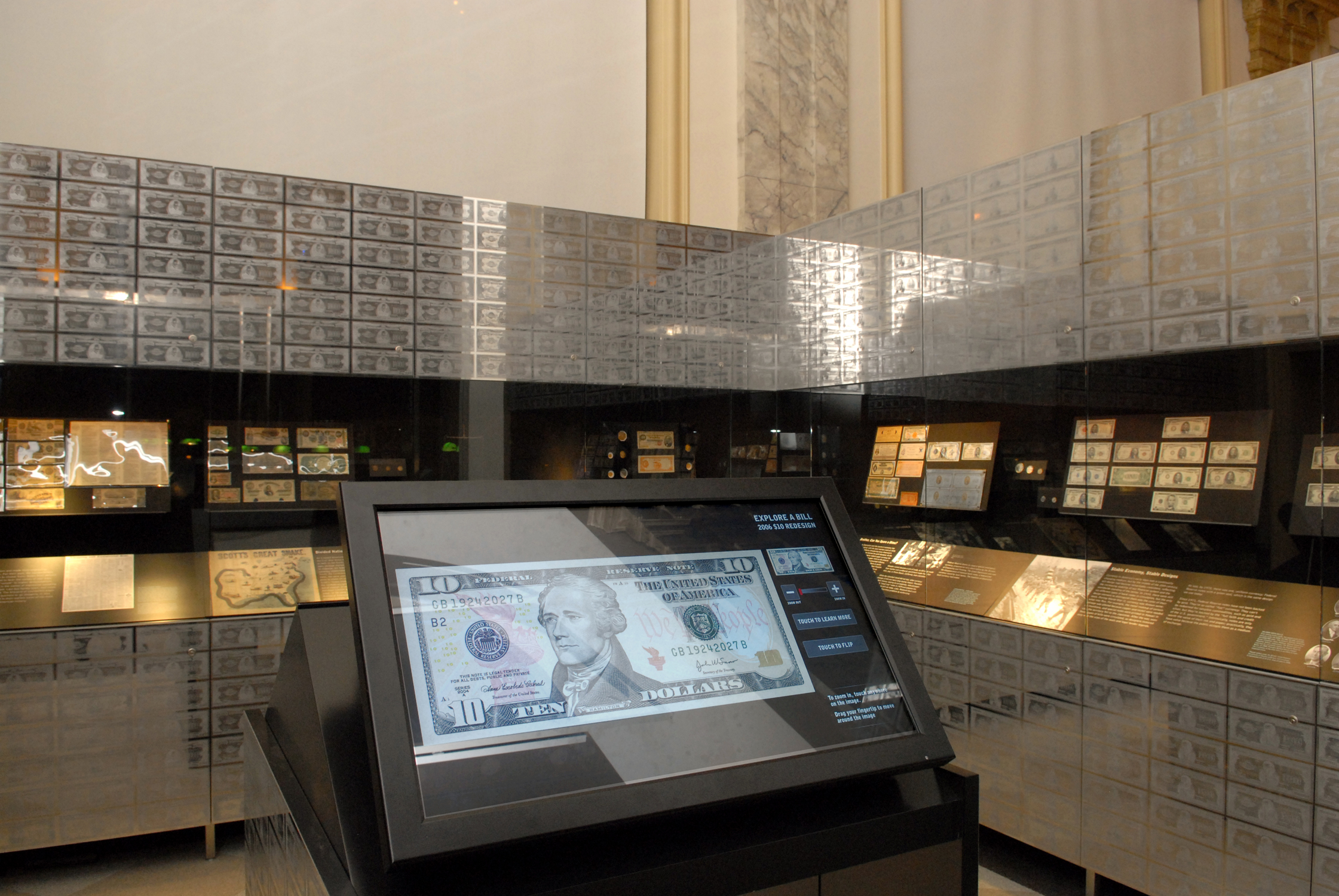 Founded in 1794 by Alexander Hamilton, the Bank of New York opened its first building at the Walton House in Lower Manhattan on June 9, 1784, only a few months after the departure of British troops from American soil. In 1797, the Bank commissioned a new headquarters at 48 Wall Street. This two-story Georgian building served as the bank’s headquarters through the beginning of the 19th century. Although the original building no longer stands, its cornerstone can be seen at the current 48 Wall Street building.

The Bank instructed architect Benjamin Wistar Morris to incorporate something of the institution's Colonial history in the design. That history is evident inside the main banking hall, where eight murals by J. Monroe Hewlett illustrate the story of American commerce and the life of the Bank of New York. From the outside, the building’s major Colonial reference can be seen from a distance: a tower reminiscent of an 18th-century church, but thirty stories up in the air—definitely the only Colonial tower in the downtown skyline.

With more than 10,000 items in its permanent collection, the Museum holds the world’s largest archive of financial documents and artifacts. As an affiliate of the Smithsonian Institution, the Museum has access to all of the Smithsonian’s collections as well as access to collections at other museums. The Museum of American Finance also publishes a quarterly journal, Financial History, which reaches members in all 50 U.S. states and 20 other countries. Visitors can see special exhibits including “The Fed at 100,” which examine the nation’s central bank and the role it has played throughout its history. Also on view is a jewel encrusted 18-karat gold Monopoly set.