Originally built in 1851 as the headquarters of the Hanover Bank, the India House is a historic building located in Manhattan. In 1870, the building was converted into the New York Cotton Exchange, taking its place as the second cotton exchange in the world and the first cotton exchange in the United States. Since 1914, the building has been home to India House, a private club that operates a bar and restaurant that is open only to members and their guests. The building was designated as a New York City Landmark in 1965, added to the National Register of Historic Places in 1972, and designated as a National Historic Landmark in 1977.

A view of the India House ((By Gryffindor (Own work) [CC BY-SA 3.0 (http://creativecommons.org/licenses/by-sa/3.0) or GFDL (http://www.gnu.org/copyleft/fdl.html)], via Wikimedia Commons)) 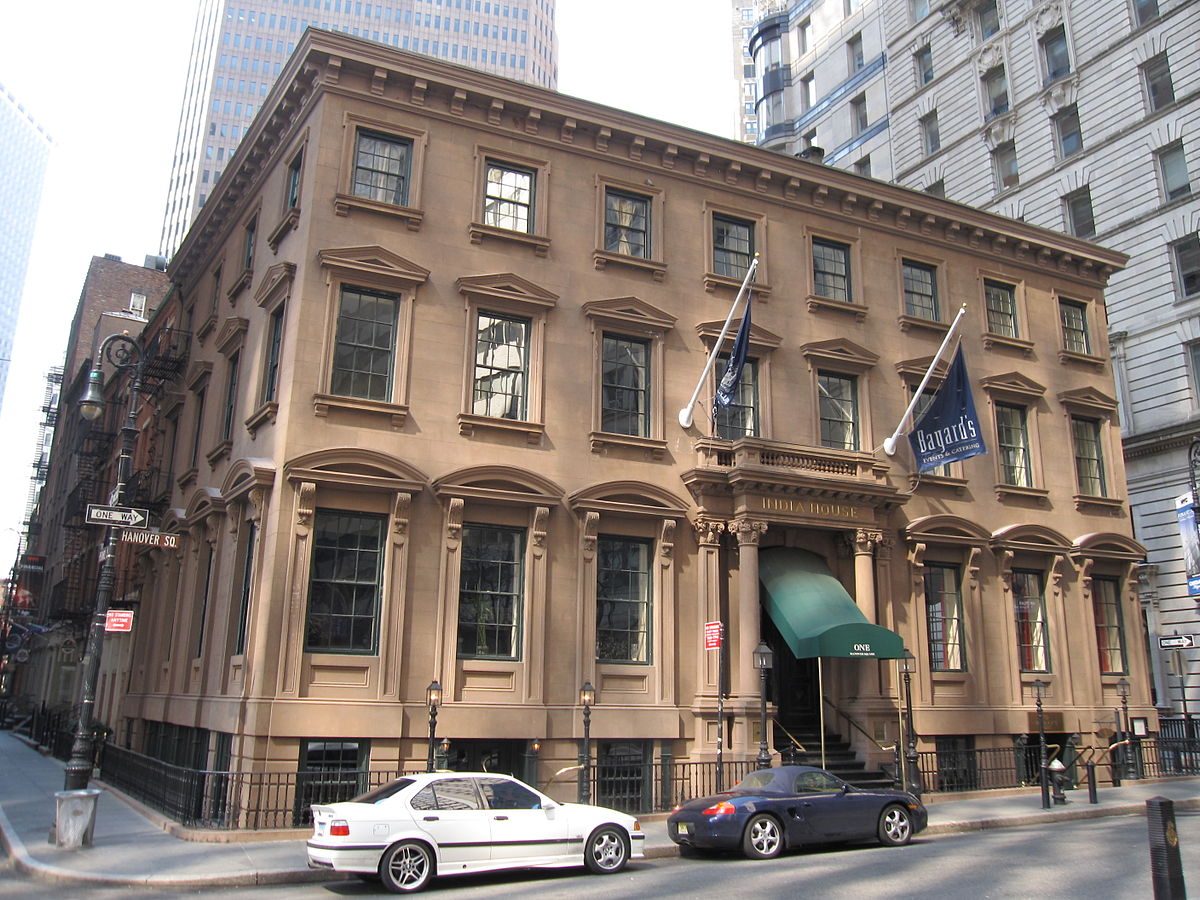 Originally built in 1851 as the headquarters for Hanover Bank, this Romano-Tuscan Renaissance Revival brownstone was converted to serve as the headquarters for the New York Cotton Exchange in 1870. The New York Cotton Exchange was the first cotton exchange established in the United States and the second in the world, just behind the Liverpool Cotton Association, which was formed a few months earlier. Later cotton exchanges were established in key areas both domestically and abroad following the founding of the NYCE. Trade centers were created in Memphis, TN; Mobile, AL; New Orleans, LA; Savannah, GA; and Liverpool, England. The NYCE and Memphis Cotton Exchange are the only trading centers that remain active to this day.

From 1885 to 1913, it housed the offices of W. R. Grace and Company. In 1914 the building was rented out and became the home of India House, a private club for businessmen interested in foreign trade. India House bought the structure in 1921. The club made extensive interior alterations in order to accommodate a maritime museum, displaying a collection of ship models, paintings, prints, and other maritime relics. Today, the building stands as one of the surviving examples of the commercial life of mid-19th century United States.