Established in 1974, Fort Douglas Military Museum preserves the history of Fort Douglas and honors all men and women who served here and in the entire U.S. Armed Forces. The base closed in 1991 but a small section is used by the Army Reserve and the museum. Over one hundred original structures from 1863 through World War II are preserved by the University of Utah, the U.S. Army Reserve, and the Fort Douglas Museum. The museum's archives houses a wide variety of military-related items including artifacts, equipment, and memorabilia. There are also tanks and helicopters on display on the museum grounds and the museum's library holds 5,000 books, monographs, and periodicals. When fort closed, the buildings were turned over to the University of Utah. Fort Douglas is a National Historic Landmark and is listed on the National Register of Historic Places.

Tank that was used in battle on display outside of the museum. 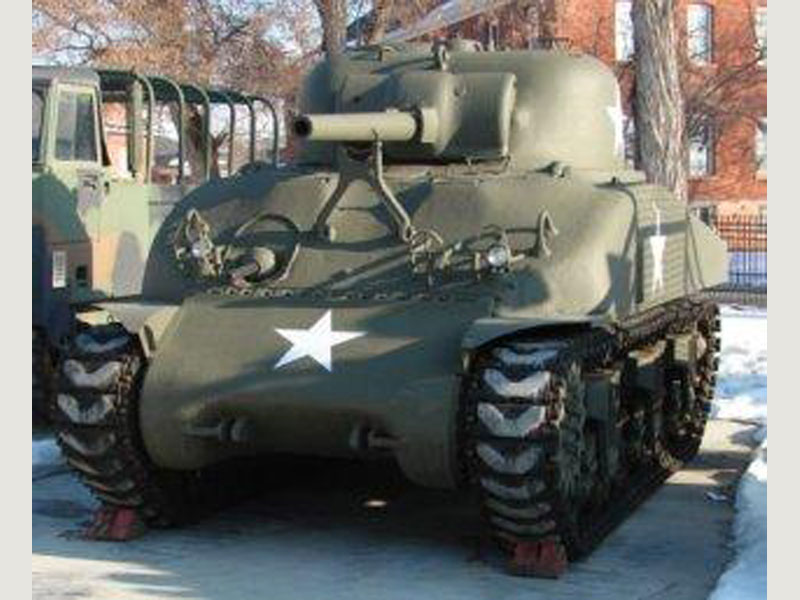 A piece of concrete from the World Trade Center arrives for the installation of the Memorial for Fallen Soldiers. 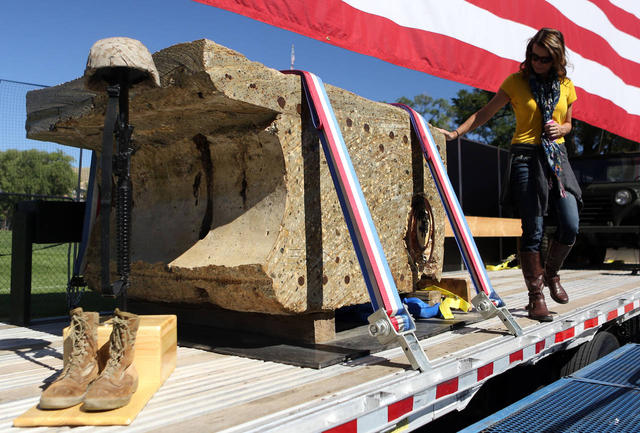 The Fort Douglas Military Museum honors those who have served for the country. 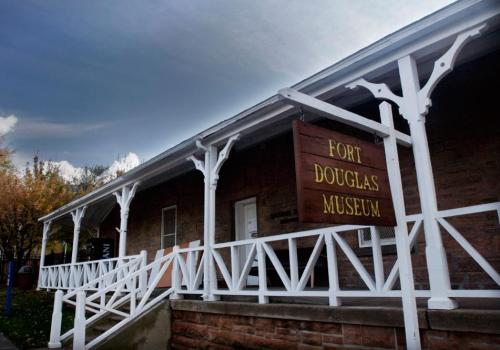 Camp Douglas was established in October 1862 as a small military garrison about three miles east of Salt Lake City, Utah, to protect the overland mail route and telegraph lines from Native Americans along the Central Overland Route. The fort was also established to help the federal government's effort to quell Mormon resistance—and possible secession—to federal authority.

Interestingly, the troops at the fort were also ordered to search for gold in the hopes that this would attract non-Mormon settlers to the area. This turned out to be a good decision as gold mining became a prosperous enterprise. Besides protection, the fort also brought economic benefits to the Mormon community in Salt Lake City, which was then a few miles away. As a result, by the late 1860s, the community fully accepted federal oversight. In the 1870s, the fort became a supply depot and an important post in the efforts to subjugate Native Americans. So, in 1878 the post was renamed Fort Douglas to reflect its role in the region.

During World Wars I and II, troops trained and mobilized at the fort. Prisoners of war were also held here. In the following decades, the fort was used by reserve and national guard units.

In 1974 Fort Douglas was made an official museum of the United States Army when the commander at the time initiated the request. Though this is a military museum it was one of only two sites chosen to receive a major artifact from one of the World Trade Center Towers at Ground Zero. This artifact was dedicated to the memory of Fallen Warriors in the area and is the centerpiece of the park at the museum. Though we often associate the World Trade Centers to the wars in Iraq and Afghanistan the monument is dedicated to fallen warriors from WWI to present who fought and died for the country.