Confederate Memorial Hall Museum is one of the largest repositories of Confederate artifacts and memorabilia in the United States, in addition to being the oldest continuously operating museum in Louisiana. The Louisiana Historical Association built and opened the museum in 1891, and its exterior sandstone construction and cathedral-like appearance stand out in contrast to its more recent surroundings on the edge of New Orleans’ Warehouse Arts District.

The Confederate Museum was known as the Howard Annex after it was opened in 1891. 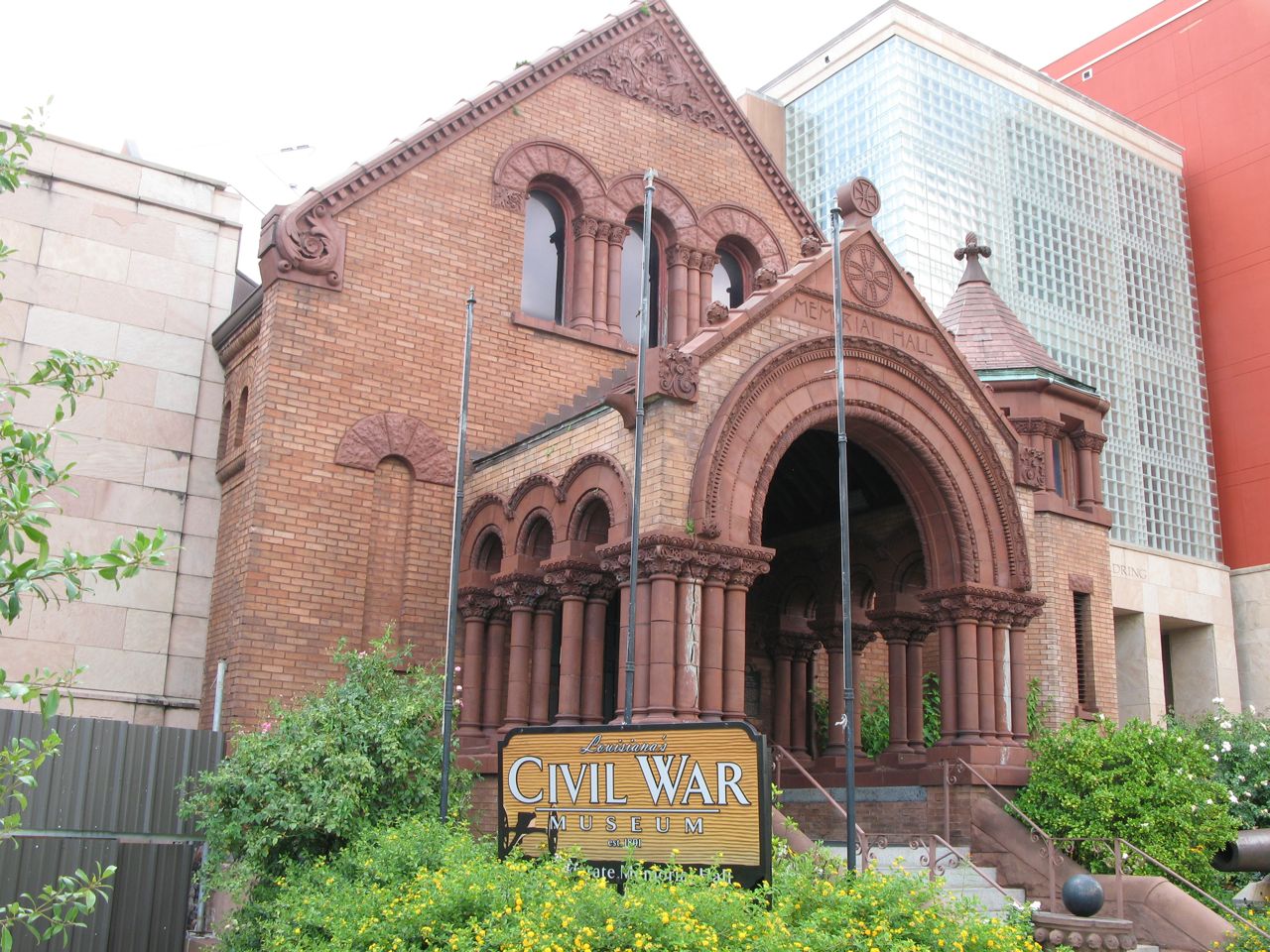 The Confederate Memorial Hall Museum sits between the former Howard Memorial Library and the Ogden Museum of Southern Art. 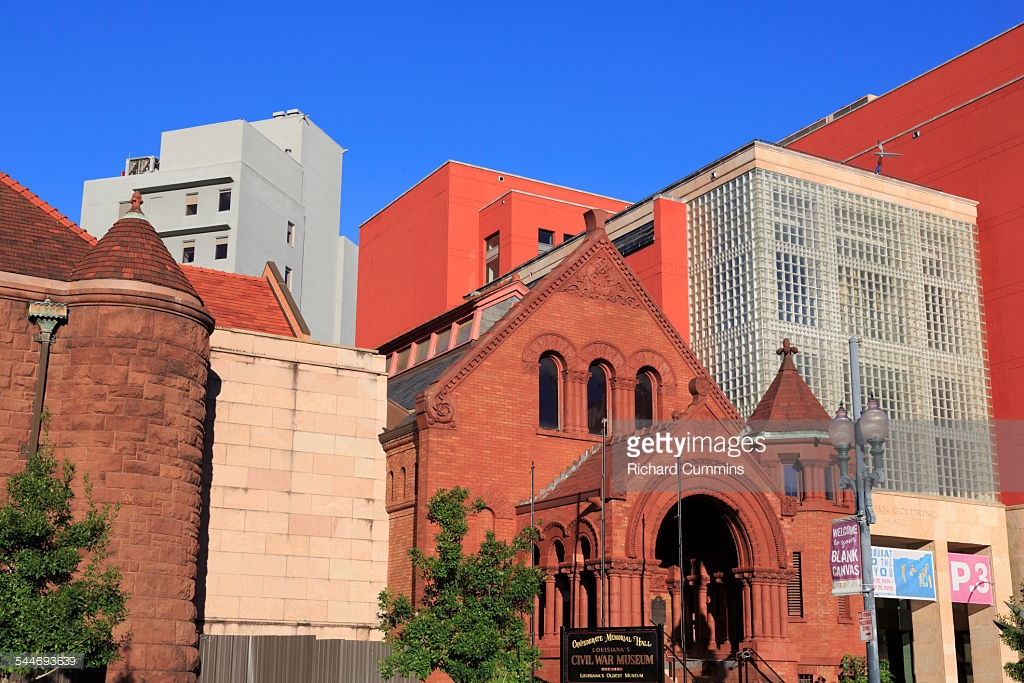 The entrance hall of the museum which displays numerous Confederate artifacts. 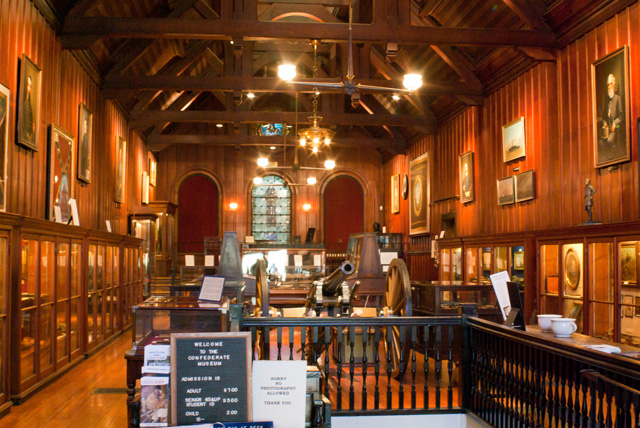 Some of the Confederate uniforms on display within the museum. 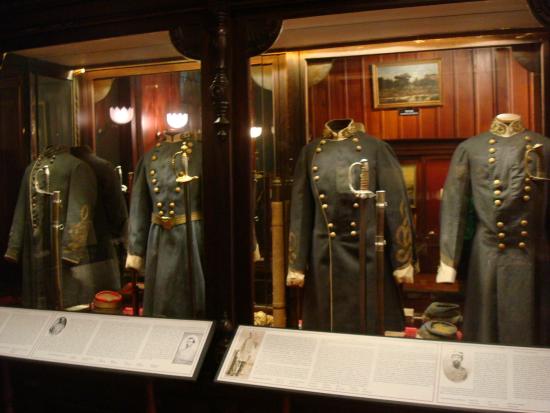 A picture of the museum prior to the construction of the Ogden Museum of Southern Art. 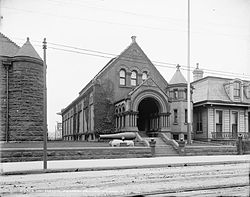 On March 28, 1889, Mr. Frank Howard, a wealthy philanthropist in the city and son of a Confederate soldier, convened a Board of Governors of 25 members – five taken from each of the local Confederate veteran associations and five taken from the Board of Directors of the Howard Memorial Library. Their discussions resulted in the organization of a new entity, the Louisiana Historical Association, which would gather donated Confederate relics and records of the Civil War, then find a repository for the collection.

For a time, the artifacts were housed in the Howard Library (next to the current museum). However, when the collection outgrew this smaller building, Frank Howard commissioned the current museum, a grand, cathedral-like piece of architecture.

Howard appears to have been quite successful in convincing surviving Confederate families to donate their relics of the war, with thousands of existing artifacts. Most notably, Jefferson Davis' wife donated many of his belongings to the museum, including clothes, a saddle, and a letter from Pius IX.  The exhumed remains of Jefferson Davis also laid in state within the hall in 1893 prior to being transferred to Hollywood Cemetery in Richmond, Virginia.

The museum's collection is divided into four different categories: flags, personal items, weapons and uniforms.  The flags collections contains over 140 banners, most from Louisiana regiments.  One of the flags within the collection draped the coffin of Jefferson Davis.  The museum contains thousands of personal items owned and/or carried by Confederate soldiers, such as mess kits, chess sets, and sewing kits.  Within its weapons collection are various muskets, rifles, swords, pistols, carbines and an early version of a hand grenade.  Finally, housed within its uniforms collection are items worn by enlisted men and officers, to include uniforms worn by Confederate generals Braxton Bragg and P.G.T Beauregard.

As for the building itself, it was designed by the firm of Sully & Toledano in the Richardson Romanesque style, an architectural style named for Henry Hobson Richardson who designed the adjacent Howard Memorial Library.  The museum and building has been the subject of numerous ownership disputes that stem from Howard's donation of the building to the Louisiana Historical Association.  These disputes have been ongoing since the 1930s and have involved former governors Huey Long and Mike Foster.  They have also involved Tulane University, the University of New Orleans and the entity that now owns both buildings on either side of the museum, the Ogden Museum of Southern Art.