A 110,000 square-foot museum of science and technology in the heart of Downtown Des Moines 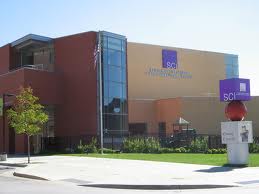 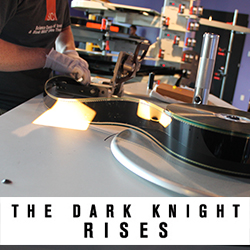 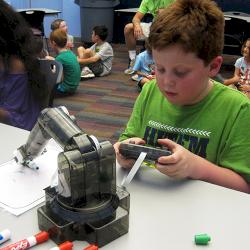 The Des Moines Center of Science and Industry opened its doors in October 1970 in Greenwood-Ashworth Park. It started as a Junior League of Des Moines project but became one of the first interactive science centers in the world. This took it to the forefront of a new wave of learning centers featuring hands-on programs and exhibits.

Over the years, the center gained prominence as its audience expanded, and the name was changed to the Science Center of Iowa (SCI) in 1986 to better reflect its statewide reach. From space science to dinosaurs, SCI was inspiring generations of future scientists and inventors.

In the year 2000, SCI recognized a need to expand in order to meet the changing needs of its Iowa community, and planning began for a new downtown facility. This creative learning center opened its doors in Downtown Des Moines in May 2005 with an innovative, dynamic and changing environment that adapts its experience platforms, theaters and programming to serve future generations. By 2010, the Science Center of Iowa had served more than two million participants in the new informal learning center with engaging educational programs, exhibits and films.