The tabernacle was originally built as a place of worship for the local Mormon community. The building continues to function as a meetinghouse for congregants of the Box Elder Stake. It currently seats approximately 1600. During the summer and around holidays, it also hosts concerts and other special events. Tours come and go throughout the day during the summer months. Given its unique architecture and importance to the community, the tabernacle was listed on National Register of Historic Places on May 14, 1971.

The Tabernacle seen today is the second one built. The first was built in 1890 but was destroyed by fire in 1896. 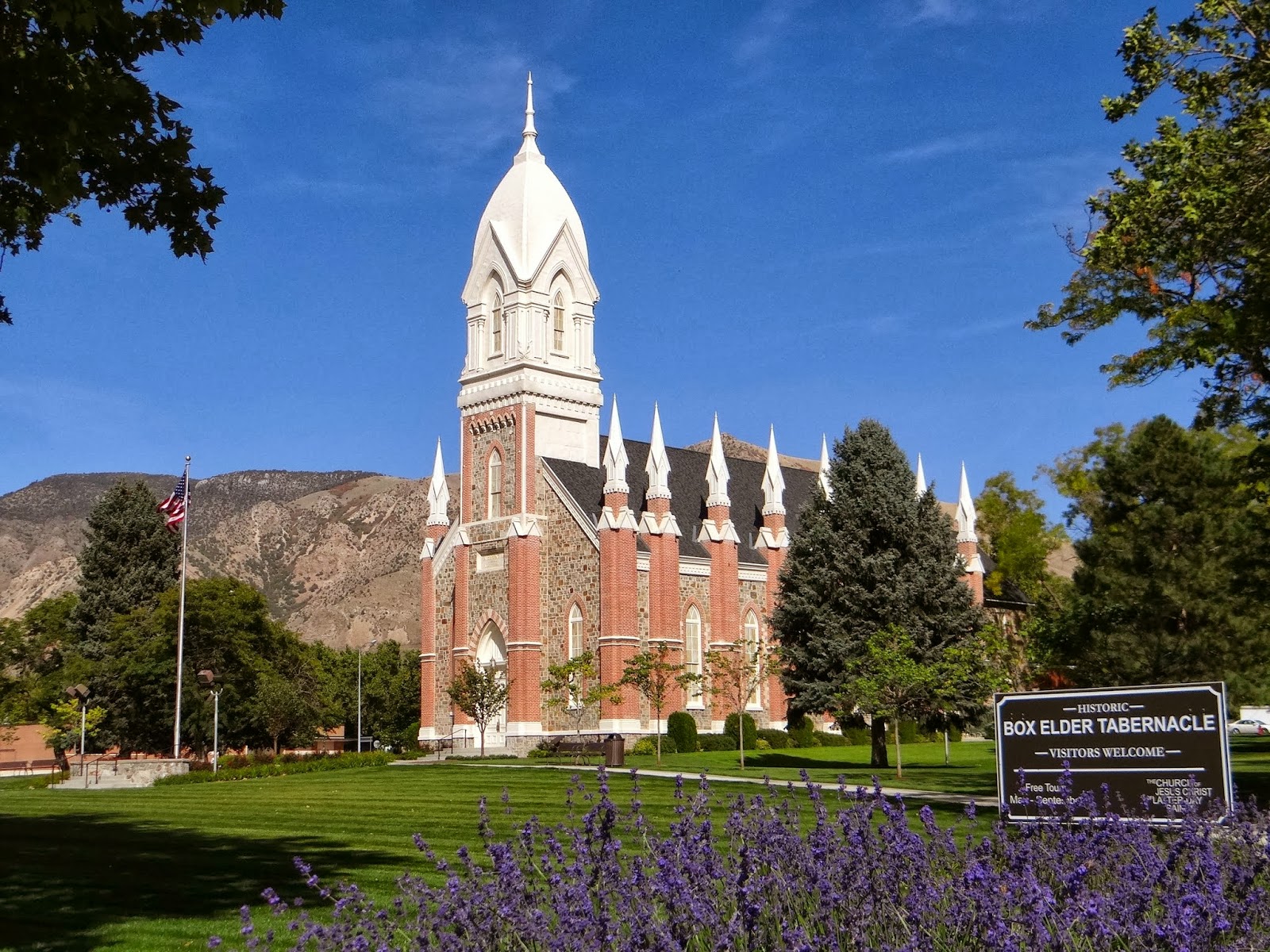 Inside of the Tabernacle, completely redone seating and woodwork. 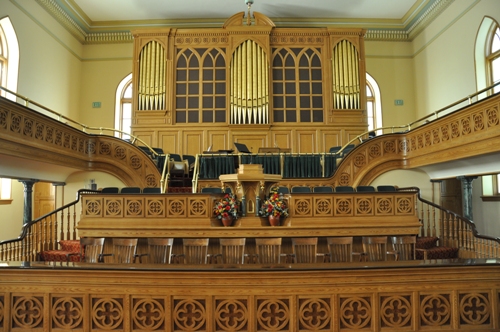 Brigham Young, on a visit to town, took the leaders of the church to the highest point and told them they this was the place of their tabernacle. It was in that place that President Young and Territorial Surveyor Jesse W. Fox laid the cornerstones on May 9, 1865, solidifying the Tabernacle in a place that could be seen for miles and miles.
Construction official began in 1868 when the settlers and members of the church brought limestone and sandstone from the quarries. The town worked together, with men building and the women providing foods and raised funds for an organ.

The Tabernacle was completed and dedicated in October 1890 only to be gutted by fire February 9, 1896. The townspeople decided to rebuild it as quickly as possible, and a year later the building was finished with many improvements over the original structure.This building was dedicated March 21, 1897 and it the building that remains today.
The Church closed for restoration and the inside and outside of the building were fully updated in 1986 and 1987. The building opened and was rededicated in April 1987.

The Tabernacle was reopened and rededicated in April 1987. The building is still used for LDS conferences, concerts and other meetings. In 1971, it was listed on the National Register of Historic Places, one of the first buildings in Utah to be so honored.

Through the years, the building has housed many different community events as well as religious services. It is a landmark building, one of the most photographed buildings in Utah, and annually attracts many tourists.