The harsh realities of the Great Depression swept across the country drastically reducing the production of coal. Harlan County, Kentucky was one area hit the hardest during the Depression. Miners were unable to feed their families resulting in a steady increase of child death due to malnutrition. On February 16, 1931 Black Mountain Coal Company announced miners’ wages would be reduced by 10%. Already dealing with underemployment, lack of other job opportunities, and starving families, Harlan County, and Bell County miners decided to strike in May 1931. The United Mine Workers of America (UMWA) managed to make considerable inroads in the Appalachian coalfields by 1930 but did not support Harlan and Bell County coal miners when they went on strike in 1931. Tensions rapidly mounted between local elite, coal operators, and coal miners. The communist back National Miners Union (NMU) went to Kentucky to support the striking miners. The Communist Party labor union’s presence angered local elites in Bell and Harlan Counties. Local elites, coal operators, and the local police force quickly persecuted miners and their families disrupting aid sent by the National Miners Union. Tensions came to a head on May 5, 1931 in the town of Evarts, striking miners and local police engaged in a shootout leaving two policemen, a store clerk, and a striker dead. The Harlan County Coal Mine Strikes were set in motion. 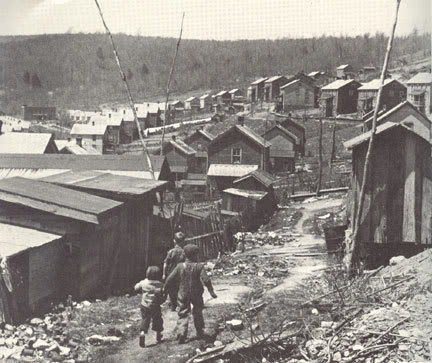 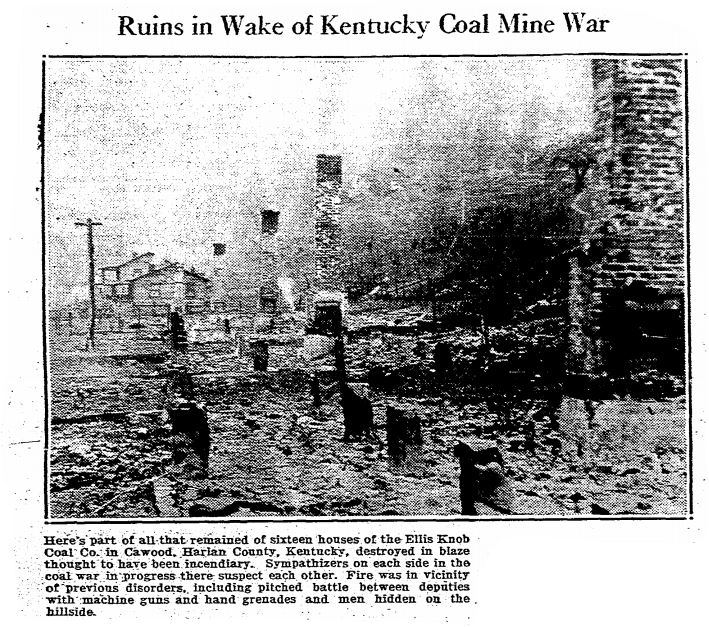 “The wage cut triggered an immediate union organizational campaign and a futile, violent strike that initiated a nine year effort to unionize the county’s miners.”[1] Following the wage cut by Black Mountain Coal Company, and the arrival of the National Miners Union, local elites and local law enforcement began attacking miners and their families. Further aid provided to the miners via soup kitchens were also attacked. Animosity between miners and local elites reached a boiling point in April 1931. “On April 18, 1931, Deputy Sheriff Jess Pace was killed (and a miner wounded) in a gunfight at Evarts, where he was trying to arrest some men accused of beating a scab.”[2] The following weeks a mine was blown up, many vacated company houses were burned down, and miners continued to go from mine to mine intimidating nonunion workers. Despite the UMWs willingness to accept a nonunion workshop, coal operators refused, this resulted in another skirmish. On April 27th strikers starting shooting at nonunion workers at Black Mountain. A week later the Battle of Evarts took place resulting in four deaths and other injuries. Following the Battle of Evarts, miners continued to join the strike, by May 14th, 5,800 miners leaving barely leaving 900 working miners. The strikes in Harlan County persisted despite a large portion of miners returning to work by June. However, violence ensued again in May at the courthouse.

By 1932, violence became intermittent, but negations continued between unions and coal operators. Violence carried into 1932 with miners continuing to organize and coal operators continued to deny union demands. The presence of communist organizations in Harlan County agitated a situation already marred by violence. However, the Battle of Evarts happened prior to the presence of communist labor organizers. Tensions and animosity grew out of desperation from miners towards coal operators. The presence of communist labor organizers was fuel to the fire for coal operators and local law enforcement. Violence ensued prior to the Battle of Evarts and subsequently continued. Following the infamous micro-battle in Evarts, Harlan County earned the nickname, Bloody Harlan. From 1931 to 1939 miners attempted to unionize despite the intense pressures from coal operators and local law enforcement. The Harlan County Coal Mine Strikes of 1931-1939 marked a long and dark struggle in American labor history. However, by the 1970s Harlan County coal miners went on strike again marking another hardship for Appalachian coal miners. The Coal Mine Wars, 1931-39 of Harlan County, Kentucky sparked a cultural and produced a famous folk song "Which Side Are You On," that has been co-opted by Women's rights groups, Civil Rights groups, and contemporary labor movements in the United States. The song has been covered by multiple musicians spanning multiple genres.