Dedicated in 2002, the Irish Hunger Memorial commemorates the Great Irish Famine of 1845. The memorial features a small monument within a recreation of a rural Irish landscape, and is elevated on a limestone plinth with a stone cottage and walls, fields, and the flora of the North Connacht wetlands. The monument was built with stones from each of Ireland's 32 counties, each marked with the county of origin. A Battery Parks City Conservancy project, the monument not only preserves the history of starvation in Ireland, but serves as a reminder of the ongoing problem of worldwide hunger. 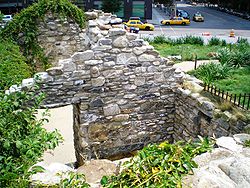 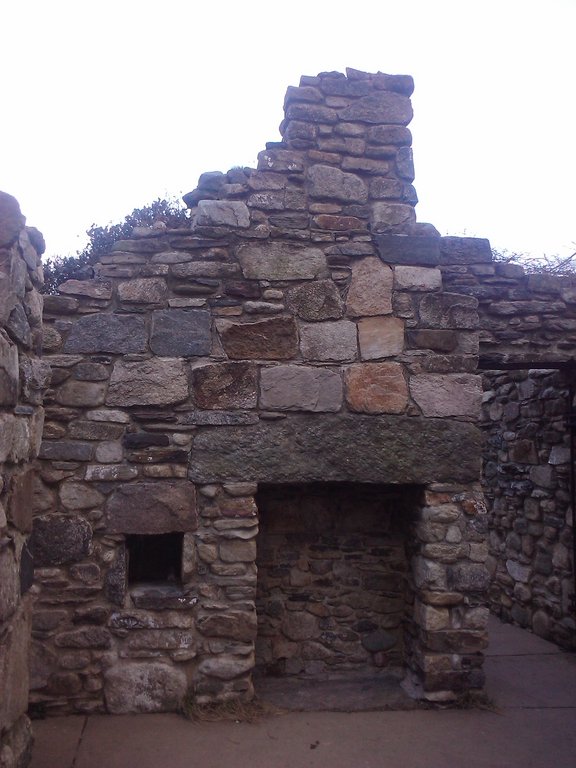 Stones placed on the roof with names of the Irish counties 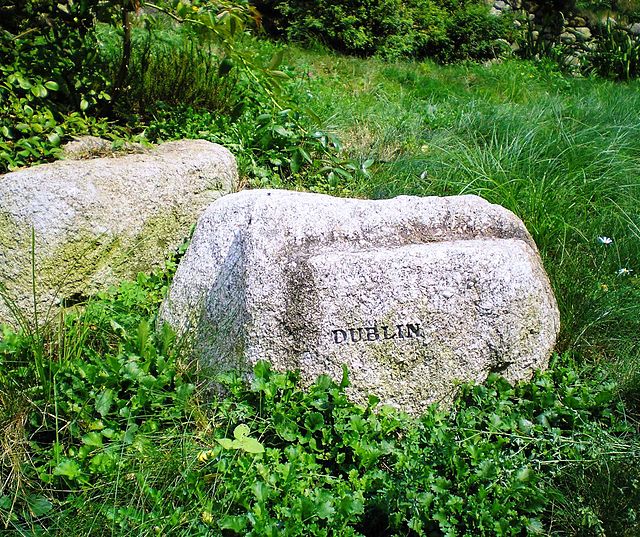 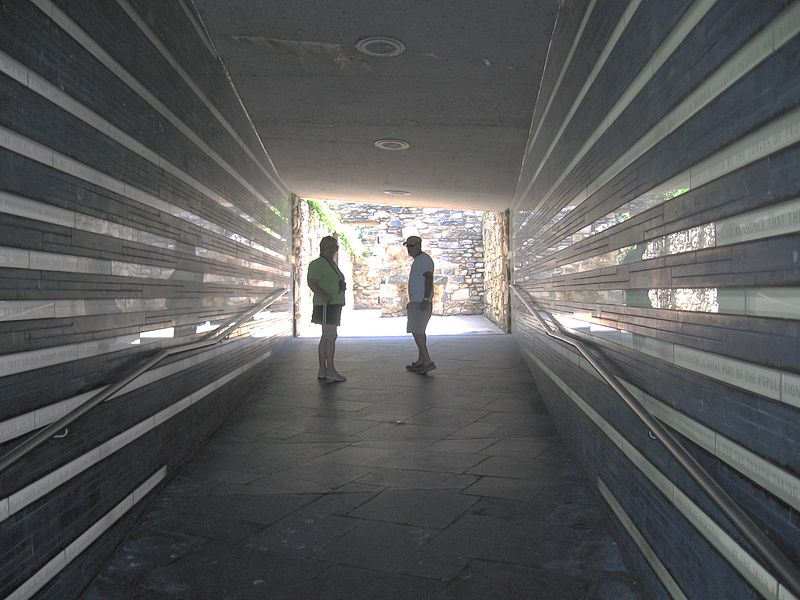 This memorial serves as a reminder to all Americans, and especially those of Irish heritage, of The Great Hunger, a countrywide famine that enveloped Ireland from 1845-1852 and caused many Irishmen to immigrate to the United States. The famine began after the much valued potato crop in Ireland suffered the disease known as potato blight. This potato crop was an essential staple in many Irish people's diets. Nearly two million people immigrated to the United States, while more than one million people who remained in Ireland died from starvation and disease. Amazingly, even though the potato crop had failed, the country continued to export food to other nations. Many historians support the idea that the famine was a form of population genocide.

The Irish Hunger Memorial was created by landscape artist Gail Wittwer-Laird and artist Brian Tolle in association with 1100 Architect. The project began in 2001 and was dedicated on July 16, 2002. It sits atop one-half acre of land, and the memorial itself is approximately 96' X 170'. The memorial is constructed of stones that come from all 32 counties in Ireland, and along the base of the memorial is text describing the hunger and emigration as well as reports on world hunger today. These are separated by layers of imported Kilkenny limestone. This limestone is millions of years old, and encased within the rock, you can find fossils from Ireland's sea floor. A pathway leads up to an Irish cottage and stone walls.

The cottage is one of the most interesting aspects of the memorial. It was inhabited by the Slack Family who lived in it until the 1960s. The cottage was located in the village of Carradoogan in the County of Mayo.  It was donated by the Slack Family to the memorial and is dedicated to the memory of the Slack family members who immigrated to America during the famine. The landscape is comprised of vegetation native to Ireland. At the peak of the walking path, one can see the Statue of Liberty in the distance. A major facelift and reconstruction was begun in the fall of 2016, causing the memorial to be temporarily closed.  It is scheduled to be re-opened in the spring of 2017.