Discover artifacts, petroglyphs, and pictographs left behind by the Fremont Indians, the largest Native American dwelling ever found. This museum preserves treasures from the site, including pottery, baskets, and arrowheads A state park open to all ages for numerous outdoor activities including: ATV riding, camping, hiking, trails, and fishing. There is also a plethora of nature watching, including reptiles, birds, biology, archaeology, mammals, paleontology, plants, and amphibians. 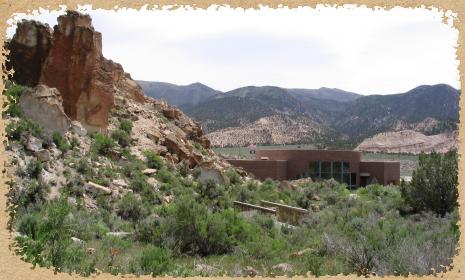 Nearly one housand years ago, the valleys along what is now Interstate 70 near Sevier, Utah were home to the largest community of Fremont Indians ever discovered. It is one of the biggest Native American dwellings found on record. Their rock art and structures are still visible in the canyons of Fremont Indian State Park.

While there is no evidence that Paiute Indians ever lived in Clear Creek Canyon, they traveled seasonally through the canyon since about A.D. 1400. They used the canyon and its tributaries for hunting, and gathering seeds and pine nuts. The trail through Clear Creek Canyon was the only route between hunting areas on different sides of the Pahvant and Tusher mountain ranges. A number of the rock art panels within the park are attributed to the Paiute, and have inspired park signs and trail guides.

The Paiute trail through Clear Creek Canyon was later used by others. In his explorations, Jedediah Smith came through the canyon in 1826. The trail was improved into a wagon road in 1872. A toll of 25 cents per wagon was charged to use the road for the next 25 years. In 1877, the fist year-round homesteaders, John Smiley Lott and his two wives, settled in the canyon. A school was built for the Lott grandchildren in 1895. In the 1890s, gold was discovered at Kimberly, making Clear Creek Canyon an important route to the railroad at Sevier. During the 20th century, farming was marginal at best, and most of families had employment outside of the canyon. Construction of I-70 in the 1980s caused most of the canyon's inhabitants to leave.