The Milwaukee Art Museum is located just east of downtown Milwaukee and adjacent to Lake Michigan. It has over 30,000 works of art and over 400,000 people visit is each year. The collection is comprised of European, American, Asian, ancient Mediterranean, and Haitian art. Artwork includes paintings, sculptures, prints, photographs, decorative arts, folk art, and self-taught art. Famous artists within the collections include Auguste Rodin, Claude Monet, Pablo Picasso, Frank Lloyd Wright, and Andry Warhol. The main museum galleries underwent major renovations in 2015. The newer wing of the museum, the Quadracci Pavilion, designed by Spanish architect Santiago Calatrava, was built in 2001.

Interior view of the Quadracci Pavilion. 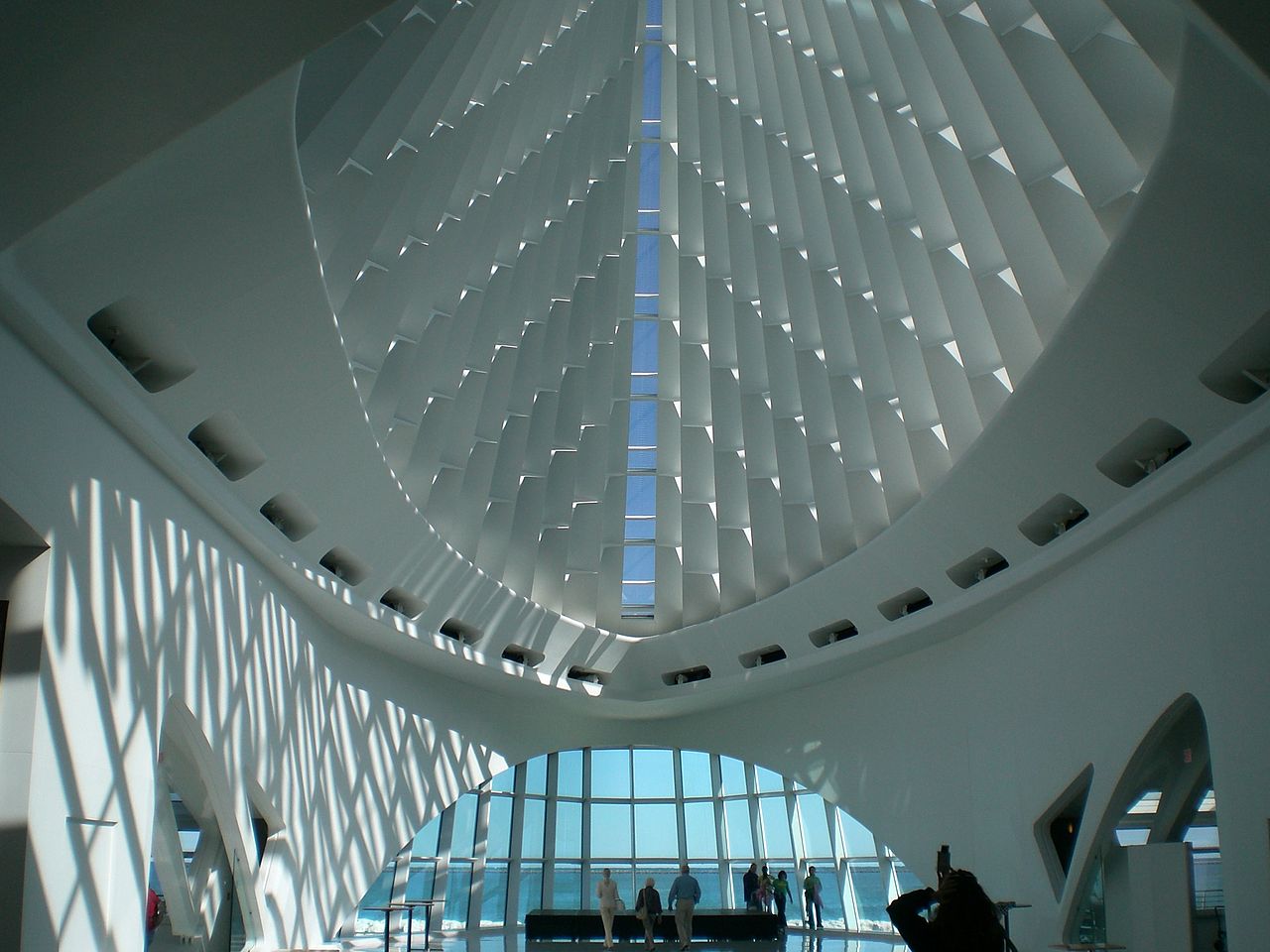 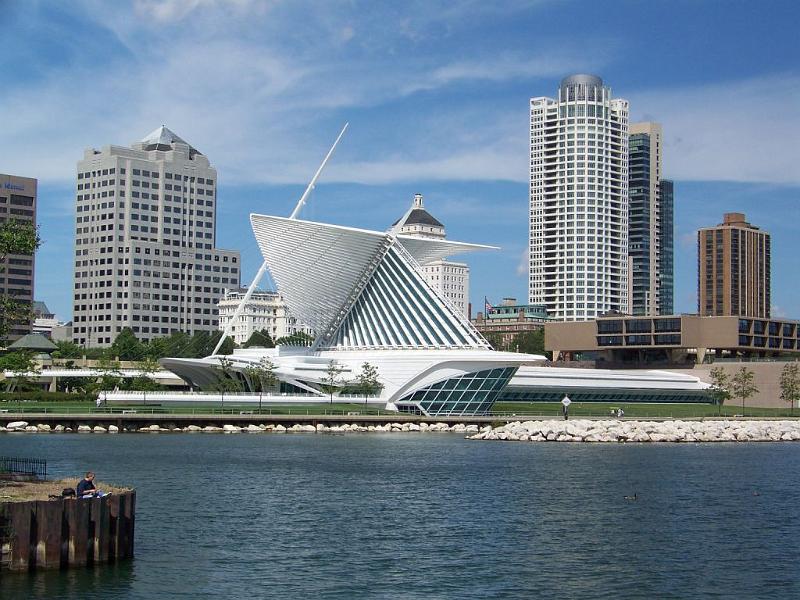 South face of the Quadracci Pavilion 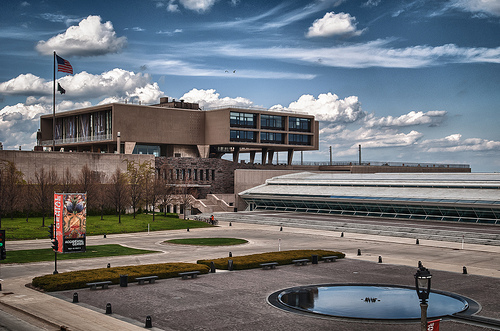 Aerial view of the lakefront with a taped picture of Eero Saarinen's model of the War Memorial Center and a concert hall which was never built. 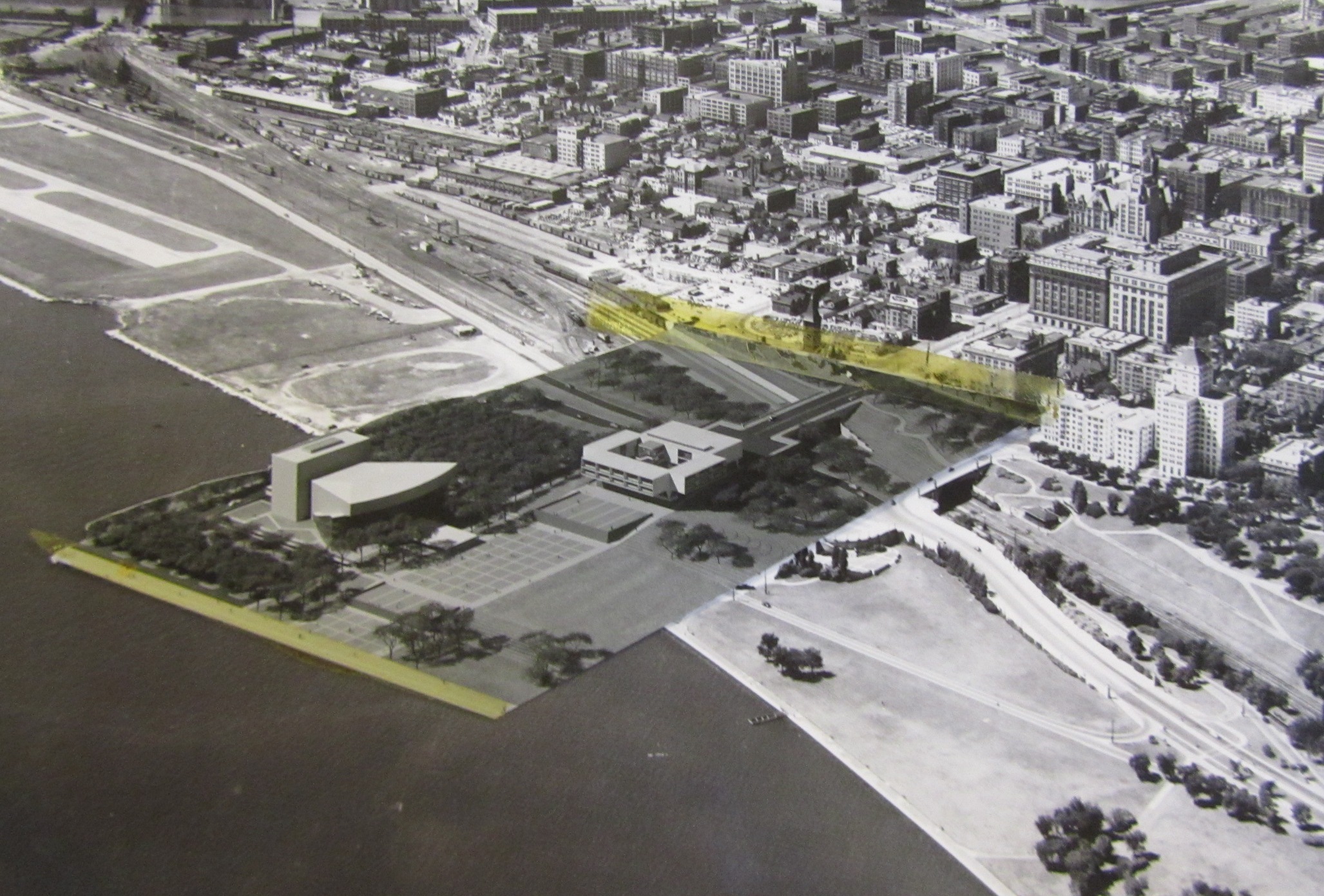 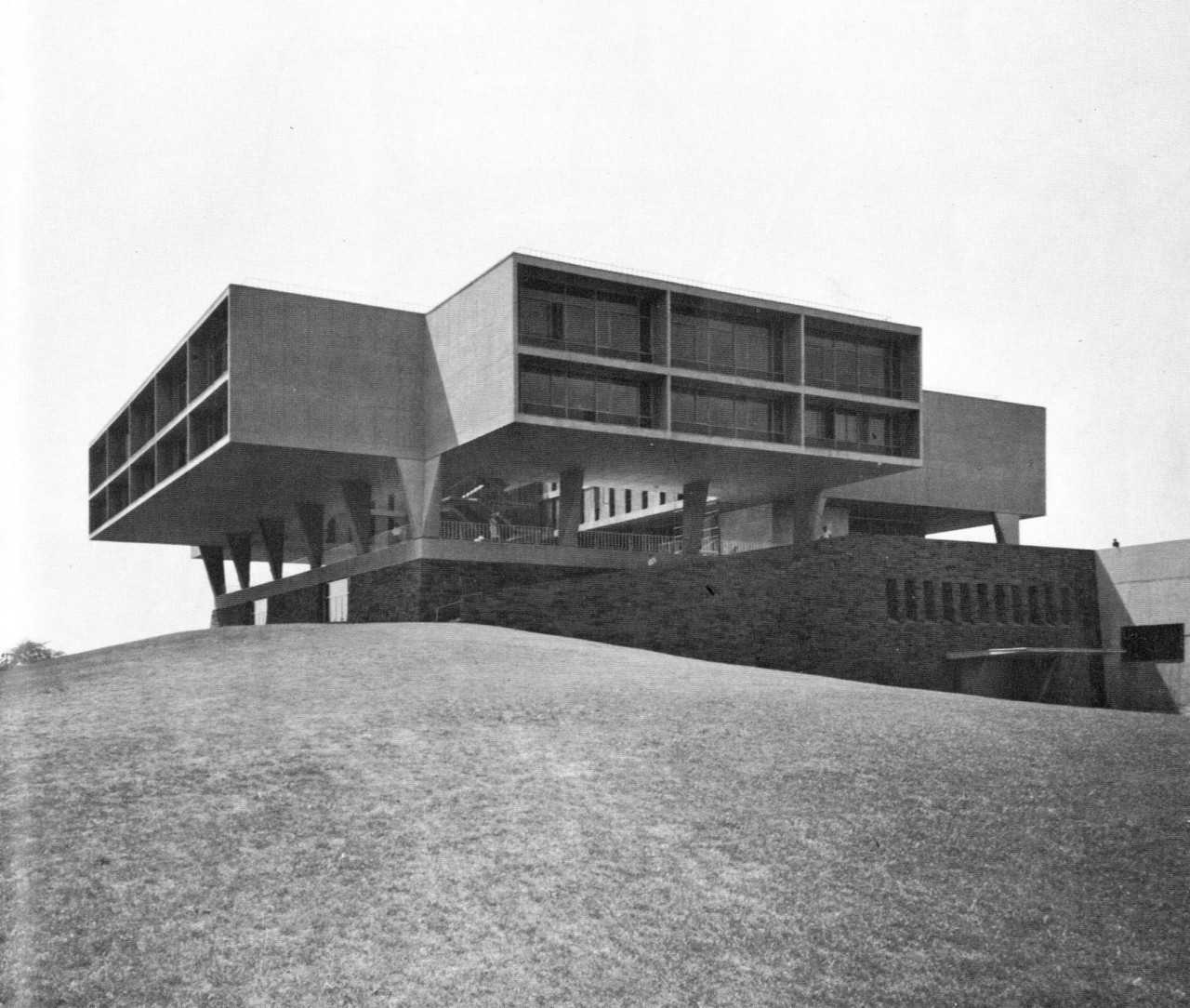 Aerial view of The War Memorial Center after it was built 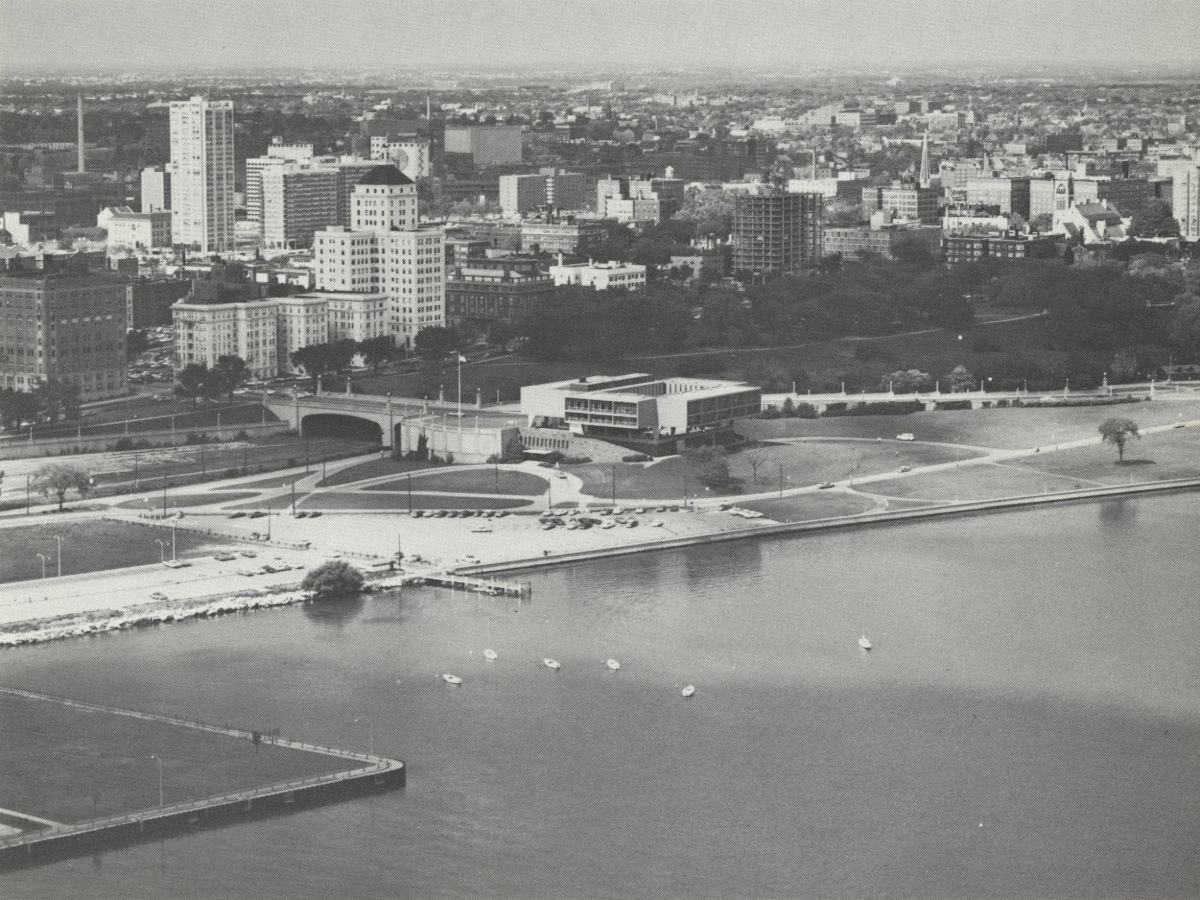 The museum's history reaches back 125 years. In 1888, businessman, philanthropist and art collector Frederick Layton opened an art gallery - the Layton Gallery. Others made attempts to open art galleries but Layton's was the most successful and long-lasting. He donated 38 of his own paintings and a $100,000 endowment to the gallery. Also in 1888, the Milwaukee Art Association was formed and moved into a building not far from the Layton Gallery. The Association offered exhibitions for Wisconsin artists and art classes for children. The Association changed its name to the Milwaukee Art Society in 1911 and then to the Milwaukee Art Institute in 1916.

Both the Layton Gallery and Institute grew and promoted and fostered arts in Milwaukee through various programs in the 1920s and 1930s. The Layton Gallery lent some of its art other other institutions, opened a Wisconsin gallery, founded the Layton School of Art, and organized traveling exhibitions. The Institute increased its arts education programs and became the home of the local arts community.

After World War II, business leaders called for a building that would promote art and music dedicated to Milwaukee veterans. The Metropolitan Milwaukee War Memorial Corporation was formed and it raised the funds to hire an architect (Eero Saarinen) and build The War Memorial Center, which opened in 1957. The Layton Art Gallery and the Institute moved into the new building, combing their art collections to form the Milwaukee Art Center.

The center's collections grew exponentially when Mrs. Harry (Peg) Lynde Bradley donated her entire collection of over 600 works and she called on the community to build a new addition to the museum to house them. The addition, which was designed by architect David Kahler, was completed in 1975. Peg Bradley lived in an apartment on the upper floor for several years and it was eventually converted to exhibit space.

The center changed its name to its current one in 1980 and received accreditation from the American Association (now Alliance) of Museums in 1983. The museum received additional collections around this time as well. Looking to expand further, the museum began building the Quadracci Pavilion in 1997 and it was finished in 2001. The additional space added 341,000 square feet of space which includes a traveling exhibit hall, a cafe, a theater, and a gift shop.