This statue to Simón Bolívar was dedicated in 1957 as a symbol of friendship and commerce between New Orleans and the nations of Latin America. Bolívar became one of Latin America's leading revolutionary generals, with victories that led to the independence of Panama, Colombia, Peru, Ecuador, and Bolivia (which was named after Bolívar). Many Americans supported the efforts of Latin American revolutionary Bolívar during the 19th century. Although he helped to liberate Latin America from Spain, Bolívar’s legacy is troubled by the region’s instability during the period that his military held control.

This statue was was dedicated in 1957, a reflection of the United State's renewed interest Latin American affairs during the Cold War 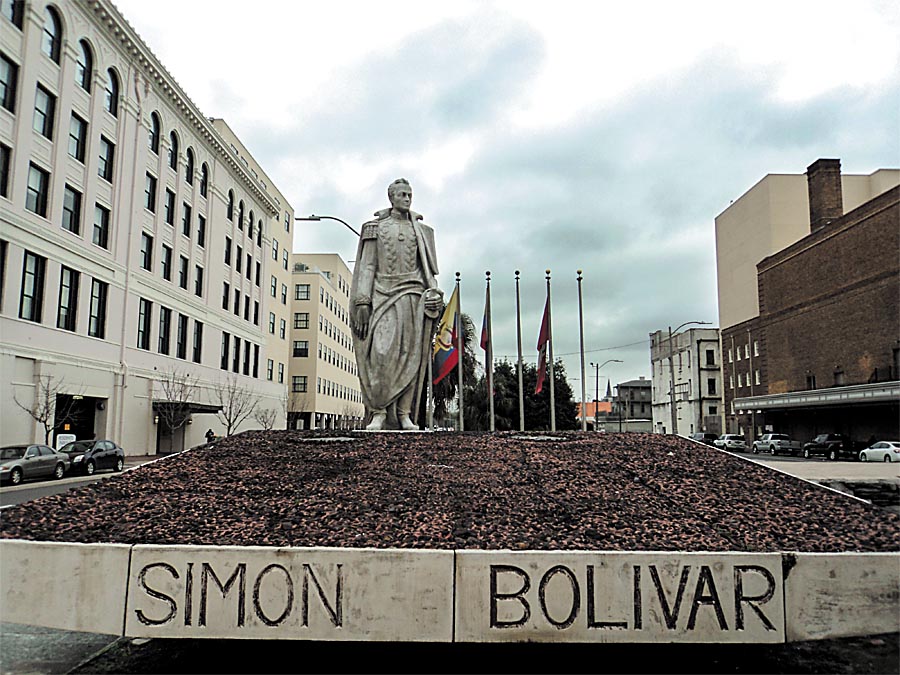 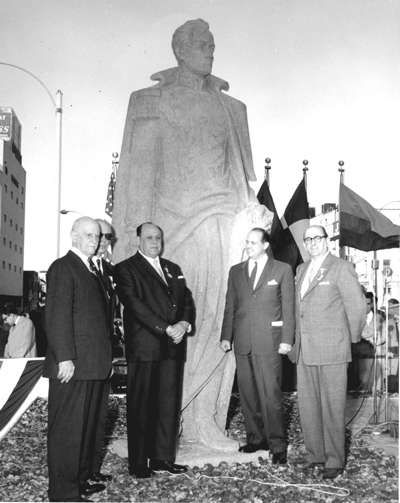 In the wake of the Haitian Revolution, Southern leaders feared that Latin American independence might become a threat to the institution of slavery. If the United States failed to expand its influence over the region, Southerners protested, the rebellions against Spain might become the opening phase of a continental revolution against slavery. At the same time, the Monroe administration welcomed the rebellion against Spain for strategic reasons, seeing an independent Latin America as a boon for US commerce. Monroe’s successor, John Quincy Adams, was particularly supportive of the new republics and accepted Simón Bolívar’s invitation to send delegates to a trans-continental congress in Panama despite Southern protest. Although the United States continued to isolate the black republic of Haiti, the government extended full diplomatic recognition to each of the new republics by 1826.
Bolívar and his fellow rebels found inspiration in America’s fight against Britain and rebel leaders hoped to replace the colonial rule of Spain with democratic republics. United only in their desire for independence, each of these nations experienced years of political turmoil following the defeat of Spain. Bolívar became so alarmed by these events that he proclaimed himself the leader of a provisional government he hoped would provide temporary stability for northern South America. The republican-turned-dictator was soon forced to abdicate and may have fled to Europe had he not died of tuberculosis in 1830.