The magnificent Swann Memorial Fountain (1924) was created by Alexander Stirling Calder, as a tribute to Dr. Wilson Cary Swann, founder of the Philadelphia Fountain Society. The fountain sculpture consists of three large Native American figures symbolizing the area's major bodies of water. The young girl leaning on her side against an agitated swan represents the Wissahickon Creek, the mature woman holding the neck of a swan symbolizes the Schuylkill River, and the male figure reaching above his head to grasp his bow ‐ the Delaware River. The fountain is located at Logan Square, Benjamin Franklin Parkway at 19th Street. 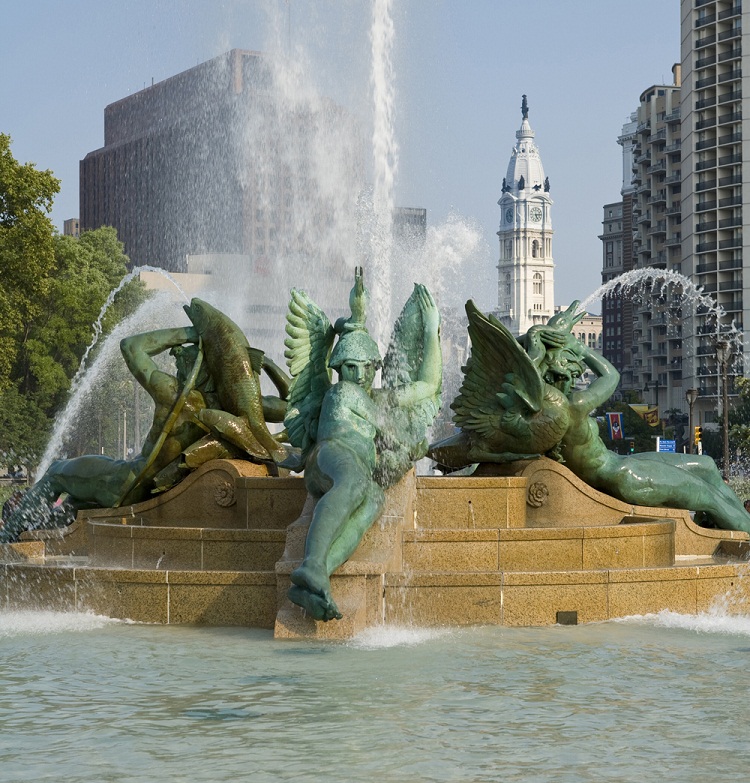 Wissahickon River – represented by young girl leaning on her side against an agitated. 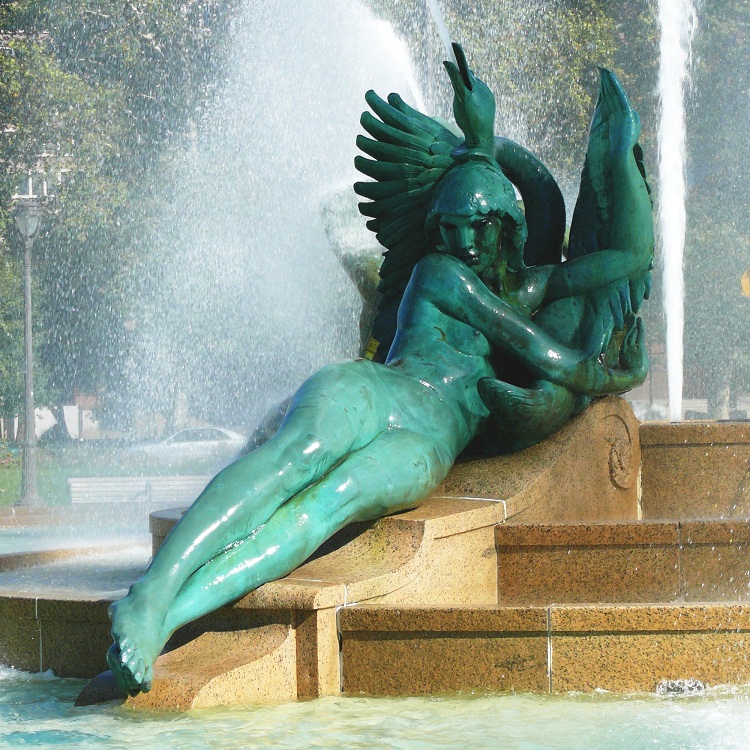 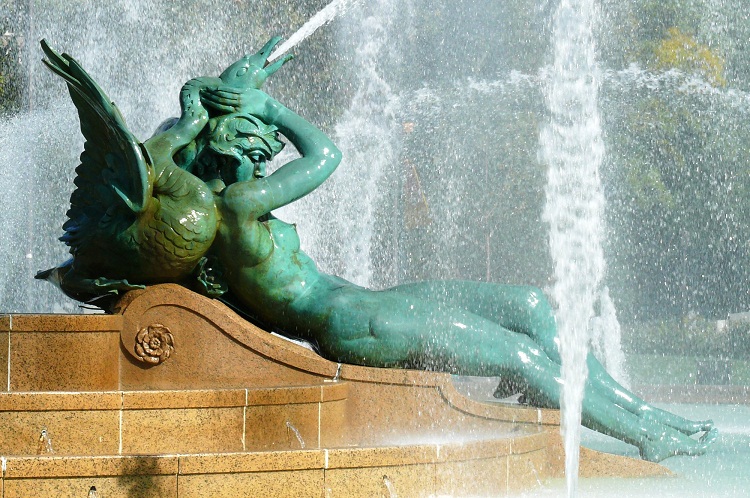 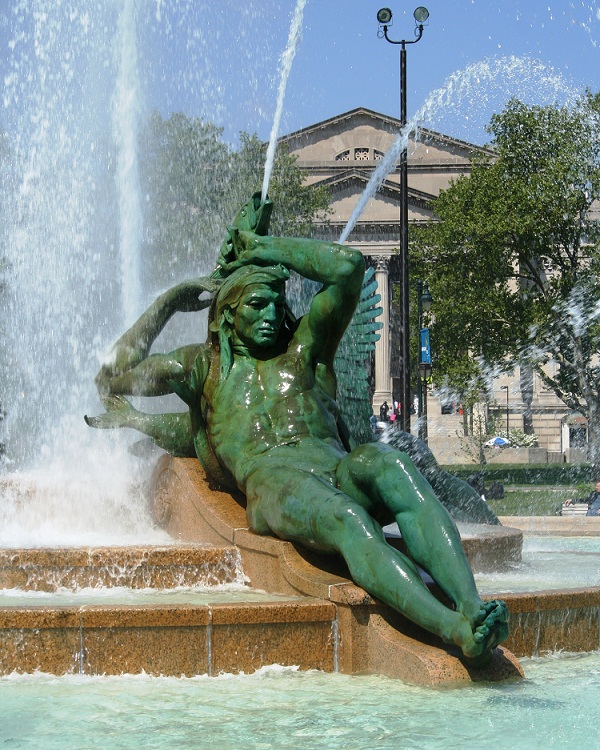 In the center of Logan Square is The Swann Memorial Fountain, also known as The Fountain of the Three Rivers, which features a central geyser that gushes more than 50 feet high. Three bronze Native Americans recline among soaring jets of water.

The fountain was designed by architect Wilson Eyre, Jr., who collaborated with sculptor Alexander Stirling Calder. He is the second of three generations of Calders whose sculpture can be found in Philadelphia. Calder’s father, Alexander Milne Calder, designed the statue of William Penn atop city Hall. His son, Alexander “Sandy” Calder, was famous for his modernist mobiles, one of which is on the Penn campus right outside Meyerson Hall.

The Swann Memorial Fountain was built in memory of Dr. Wilson Cary Swann, the founder and president of the Philadelphia Fountain Society, which provided sources of fresh drinking water throughout the city. Calder titled his sculptural ensemble “The Fountain of Three Rivers” and adapted the time-honored allegorical motif of a reclining nude river god to the region's geography and Native American history. The three figures at the center of Swann Fountain represent the three rivers of Philadelphia: the Delaware River - represented by powerful male figure reaching above his head to grasp his bow as a large pike sprays water over him, the Schuylkill River–represented by mature woman holding the neck of a swan, and the Wissahickon River – represented by young girl leaning on her side against an agitated.

When Philadelphians gathered the day after the fountain’s opening, on July 24, 1924, it was one of the hottest days of that year. These gatherings were customary at the time — from 1921 to 1924, thousands of residents gathered weekly during the summers for an evening of what were called “open-air dances.” Despite the sweltering heat, Philadelphians would come together in the streets surrounding Logan Circle, dancing the tango to the music of the police band. An Evening of Tango at the Swann Memorial Fountain seeks to reimagine this wonderful Philadelphia pastime of a bygone era.

The Swann Fountain is just one piece in Philadelphia’s remarkable collection of outdoor art, which also includes the LOVE statue and Oldenburg’s giant clothespin just west of City Hall. Philadelphia has more public art than any city in the country, with the greatest number of outdoor sculptures and public murals in the U.S.