Named after the famous iron works in Tredegar, Wales, the Tredegar Iron Works in Richmond began operations in 1837. Joseph Reid Anderson took control of the foundry in the 1840s and developed Tredegar into the largest iron foundry in the American South. During the Civil War, the Confederacy relied almost entirely on the foundry for all wartime iron ordnances, producing over 1,000 cannons and an equally large number of munitions. Tredegar survived the Civil War and continued to produce iron products into the 20th-Century. A fire in 1952 gutted the main production facility which prompted the descendants of Anderson to sell the property and move the Tredegar Iron Works to a new location. The National Park Service acquired the property by 2000 and converted it into a visitor center for the Richmond-area Civil War battlefields. Six years later, the nonprofit American Civil War Center at Historic Tredegar opened in the former cannon foundry. Then in 2013, the Museum of the Confederacy merged with the American Civil War Center at Historic Tredegar and formed the new American Civil War Museum, which aims to offer a wider interpretation of the war from all sides. The American Civil War Museum is set to open to the public in May 2019. The Tredegar Iron Works was designated a Virginia Landmark on January 5, 1971, added to the National Register of Historic Places on July 2, 1971, and designated a National Historic Landmark on November 11, 1971.

Tredegar Iron works prior to Union occupation of Richmond 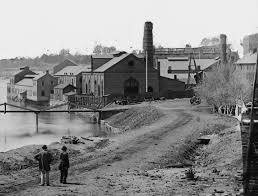 Ruins of Richmond and Tredegar 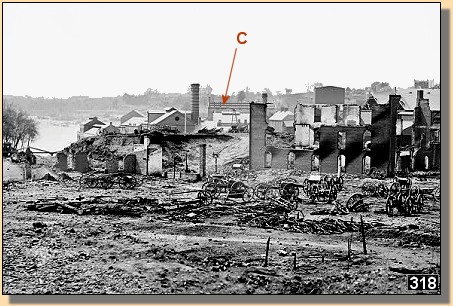 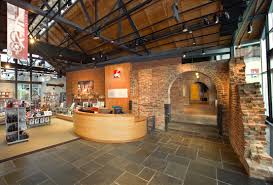 An artist's depiction of the casting of cannon at Tredegar during the Civil War. 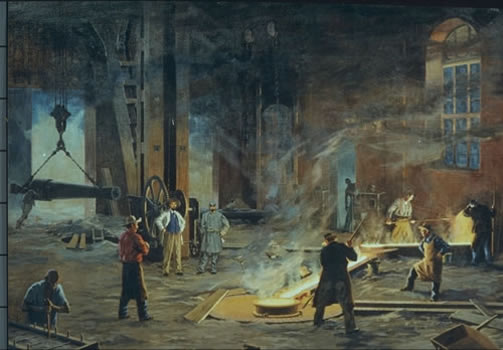 The American Civil War Center as it looks with historic Tredegar to the left.

The Tredegar Iron Works began in 1836 as the brainchild of Francis B. Deane, Jr., an experienced blast furnace operator. Seeing an opportunity to capitalize on the growing demand for iron products fueled by Virginia’s railroad boom, Deane convinced a group of Richmond businessmen to construct an iron production facility on the James River. Rhys Davies, a Welsh engineer trained at the Tredegar Iron Works in Tredegar Wales, designed and constructed Deane’s iron plant. In 1837, the Tredegar Iron Works, named after Davies, was chartered and began production. The plant’s location on the James River allowed for easy access to Western Virginia’s coalfields and iron ore mines. One year later, the plant expanded and bought out the Virginia Foundry Company, gaining more assets and resources. However, Tredegar spent the next three years in financial difficulties due to the effects of the Panic of 1837 and the decline of Virginia’s railroad boom.

In a desperate attempt to save the iron works from bankruptcy, the directors brought on Joseph Reid Anderson in 1841 to control Tredegar’s production. Anderson began leasing the Tredegar Iron Works from its owners, and then purchased it outright in 1848.  Joseph Anderson was a native Virginian and a West Point trained engineer, and through his military connections, quickly gained valuable contracts with the federal government to supply the Navy with iron. For instance, between 1844 and 1860, the iron works cast 881 cannons for the federal government. Despite its focus on government contracts, Tredegar also created a full line of railroad products except rail line. In addition to restricting Tredegar’s production to government contracts, Anderson also introduced slave labor to the facility as a means to cut production cost. Through Anderson’s new management, the Tredegar Iron Works, under control of the J. R. Anderson and Company, became the largest and best equipped iron works in the nation.

Despite being the South’s largest foundry, Tredegar struggled to financially compete with the North’s iron manufacturers. The costs of importing pig iron, transportation, and offering higher wages than his northern competitors forced Anderson to sell products at a higher cost than that of the national average. These financial inequalities influenced Anderson to become a Southern nationalist, believing that a separate Southern nation would solve the South’s economic woes. When the Civil War began, the fledgling Confederate government eventually settled on Richmond for its capital due in most part to the presence of Tredegar in the city. Joseph Anderson briefly joined the Confederate army as a Brigadier General in September 1861, but shortly resigned and returned to Tredegar to resume operations. During the course of the war, Tredegar served as the primary foundry for Confederate forces, producing over 1,000 canons and equally large numbers of munitions. However, supply and labor shortages plagued the iron works, which prevented it from operating at maximum capacity. Tredegar continued to operate up until the fall of Richmond on April 3, 1865, when it was then seized by Union forces.

Anderson regained control of his Tredegar Iron Works by the end of 1865 and resumed iron production. By 1867, the foundry became profitable once more. However, the Panic of 1873 left the country economically depressed for the remainder of the decade. Tredegar never fully recovered from the financial depression which prevented it from making the necessary conversion from iron to steel, essentially being left behind economically. Operations continued into the 20th-Century, albeit at a slower pace, until 1952 when a fire gutted the manufacturing plant. Five years later, the heirs of Joseph Anderson sold the property and moved Tredegar to a new location in Chesterfield County outside of Richmond. By 2000, the National Park Service acquired the old Tredegar plant and converted it into a visitor center for the Richmond-area Civil War battlefields. Six years later, the nonprofit American Civil War Center at Historic Tredegar opened in the former cannon foundry. Then in 2013, the Museum of the Confederacy merged with the American Civil War Center at Historic Tredegar and formed the new American Civil War Museum. The goal of the new museum is to offer a wider interpretation of the war from all sides. In late Summer of 2018, the Museum of the Confederacy closed its doors in preparation for its move to the new consolidated museum at Historic Tredegar. The American Civil War Museum is set to open in May 2019.