The Hall at Patriot Place

Established in 2007, this sports history museum includes exhibits and memorabilia related to the New Englan Patriots. The Patriots organization was established in 1960, and the team was a member of the American Football League (AFL) for their first decade. In 1970, the team merged with the National Football League (NFL). In contrast to the success of the team has experienced in recent years, the team did not make it to the Super Bowl until 1985 where they were defeated by the Chicago Bears by over 30 points. The Patriots returned to the Super Bowl 1996.

This sports history museum was established in 2007. 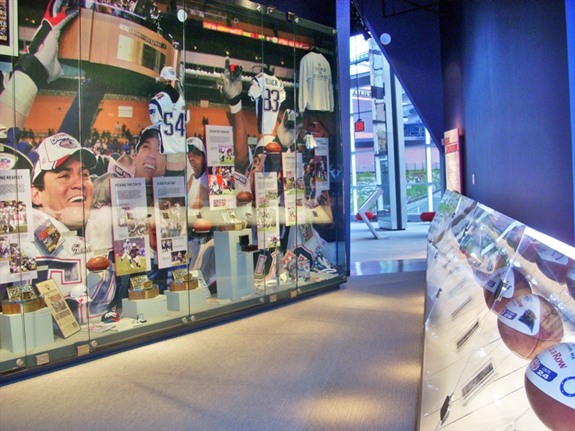 The Hall at Patriot Place opened in 2007 and is adjacent to Gillette Stadium and includes exhibits related to the history of the team, including Super Bowl rings, jerseys, and signed memorabilia, and even pieces of the former stadium. Exhibits include past stars and current players and coaches such as Tom Brady and Bill Belichick.