Naval Station Mayport is home to the Navy's 4th Fleet, reactivated in 2008 after being deactivated in 1950. The Navy at Mayport covers 3,409 acres and is the third largest Naval Facility in the continental United States. Naval Station Mayport is one of three major Navy installations in the Jacksonville area. Mayport is home to a busy seaport as well as an air facility. The mission of NS Mayport is to sustain and enhance warfighter readiness. As a major Surface and Air Warfare organization, Mayport remains dedicated to providing “The Finest Service to the Finest Fleet". 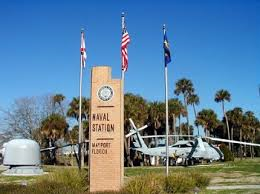 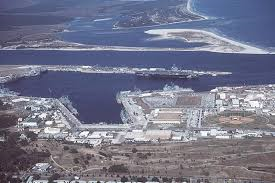 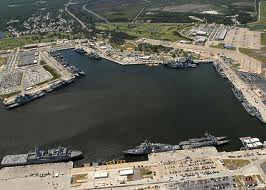 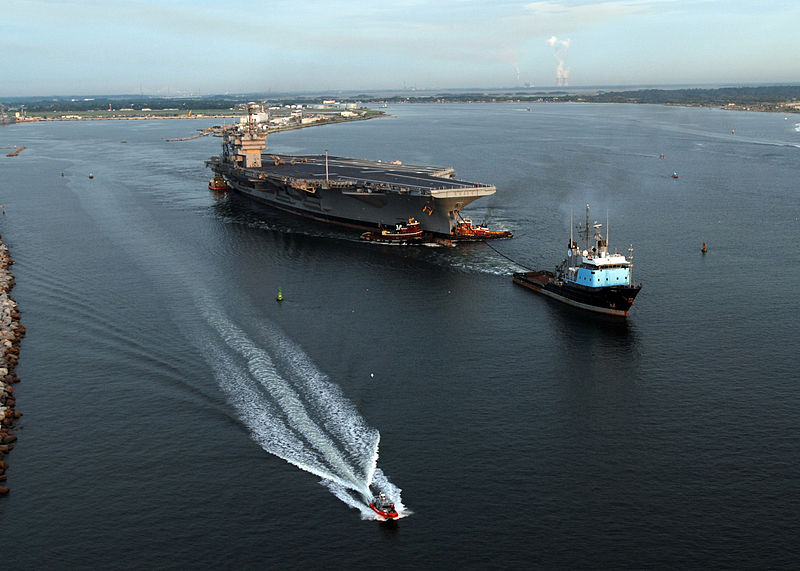 Aboard the USS Bataan at Naval Station Mayport. 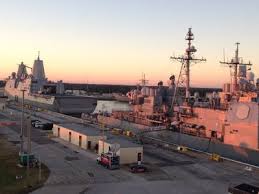 Naval Station Mayport is located 15 miles east of Jacksonville, Florida, at the mouth of the St. Johns River in Duval County.

The Naval Station is located at the end of Mayport Road. To get there from the north, take I-95 South to the 9A exit. Get off on Atlantic Boulevard and drive east until you cross the Intracoastal Waterway. After crossing the waterway, take the first exit on the right to Mayport Road. Continue for approximately five miles. You will enter the Naval Station through the main gate.

In April 1939, the Navy Department initiated plans for this area which included a site along the south jetties for the development of an aircraft carrier basin. In December of that year, on the basis of a report made by Commander Carl Cotter, officer-in-charge of construction, Ribault Bay was selected as the location for such a basin. The basin was dredged to 29 feet and used by patrol craft, target and rescue boats and jeep carriers during World War II. At the war’s end, $780,000 had been appropriated to build a carrier pier on the north side of the basin. This appropriation, with many others, was cancelled and no improvements were made. On the basis of a proposal submitted by Lieutenant Commander M. R. Sanders, commanding officer, Section Base One, Naval Reserve Armory, recommending establishment of a second section base at Mayport, the station was commissioned as a U.S. Naval Section Base in December 1942. For the remainder of the 20th century, Naval Station Mayport continued to expand to accommodate more ships, Sailors and their families, and improvements in base facilities. In May 1959, for example, construction of the destroyer slip at the U.S. Naval Auxiliary Air Station, Mayport, became a link in the nation’s newest, fastest automatic teletypewriter communications system. At this time, the Navy put into operation a 48,000-mile network interconnecting 236 teletypewriter stations in 31 states; this resulted in an immediate 70 percent increase in communications efficiency at Mayport. During the period from Oct. 21 to Nov. 22, 1962, the naval station was deeply involved in the “Cuban Missile Crisis.” The Second Marine Division set up an advanced staging area on the station. Naval Station Mayport provided logistic support to Naval Amphibious Units, PHIBRON 12 and PHIBGRU 4; and to fleet support ships USS Vermillion and USS Yancey and the carriers USS Saratoga, USS Lexington, USS Thetis Bay, USS Boxer and USS Okinawa.

Mayport Naval Station didn't begin as a base. In fact, before there was a base the area prior was home to a popular resort. The resort was ran and owned by a woman named Elizabeth Stark. She was very wealthy and arrived in the area in 1914. Stark was looking for a new place to live and believed she found it when she arrived in Mayport. Not wasting anytime, she bought a few hundred acres of land, building a fishing pier and several houses. During the lifetime of the resort, Stark entertained a number of guests and celebrities. One person who stood out included a "White Russian" that reminded her of Genghis Khan.

However, Stark's dream resort came to an end when the government wanted the land she owned to build a Navy base. Marines arrived in the area in 1940 and basically kicked Stark off the property. According to Stark, an officer followed her out on the street and told her to leave and never put her foot on the property again. Four years later the Navy opened an air facility at the site of the old resort.