Keeneland sits in the heart of Kentucky, what is considered the "Horse Capital of the World." Visitors from all over the globe come to buy and sell thoroughbreds that often fetch millions. In 1986, Keeneland was designated a National Historic Landmark. Many horses have trained, raced, and moved on to coveted titles in the nearby Kentucky Derby and the Belmont Stakes. When Keeneland opened its doors in 1939, it became a huge success. Founders Hal Price Headley and Major Louis Beard intended for customers to have a day of relaxation at the races. Today, Keeneland is both a leisurely affair and a business affair that upholds the traditions of the founders. 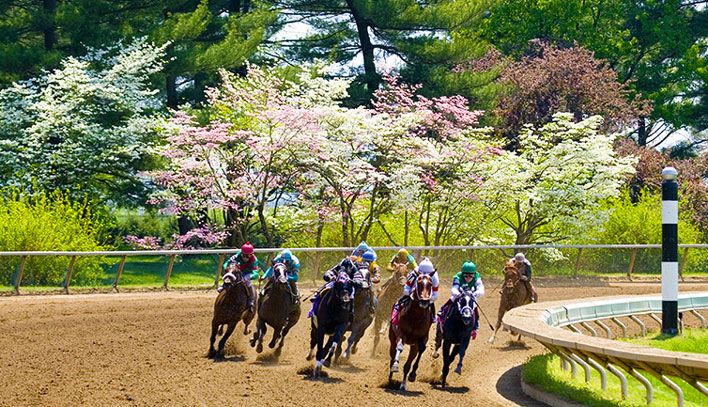 The amazing crowd at Keeneland in 1930s 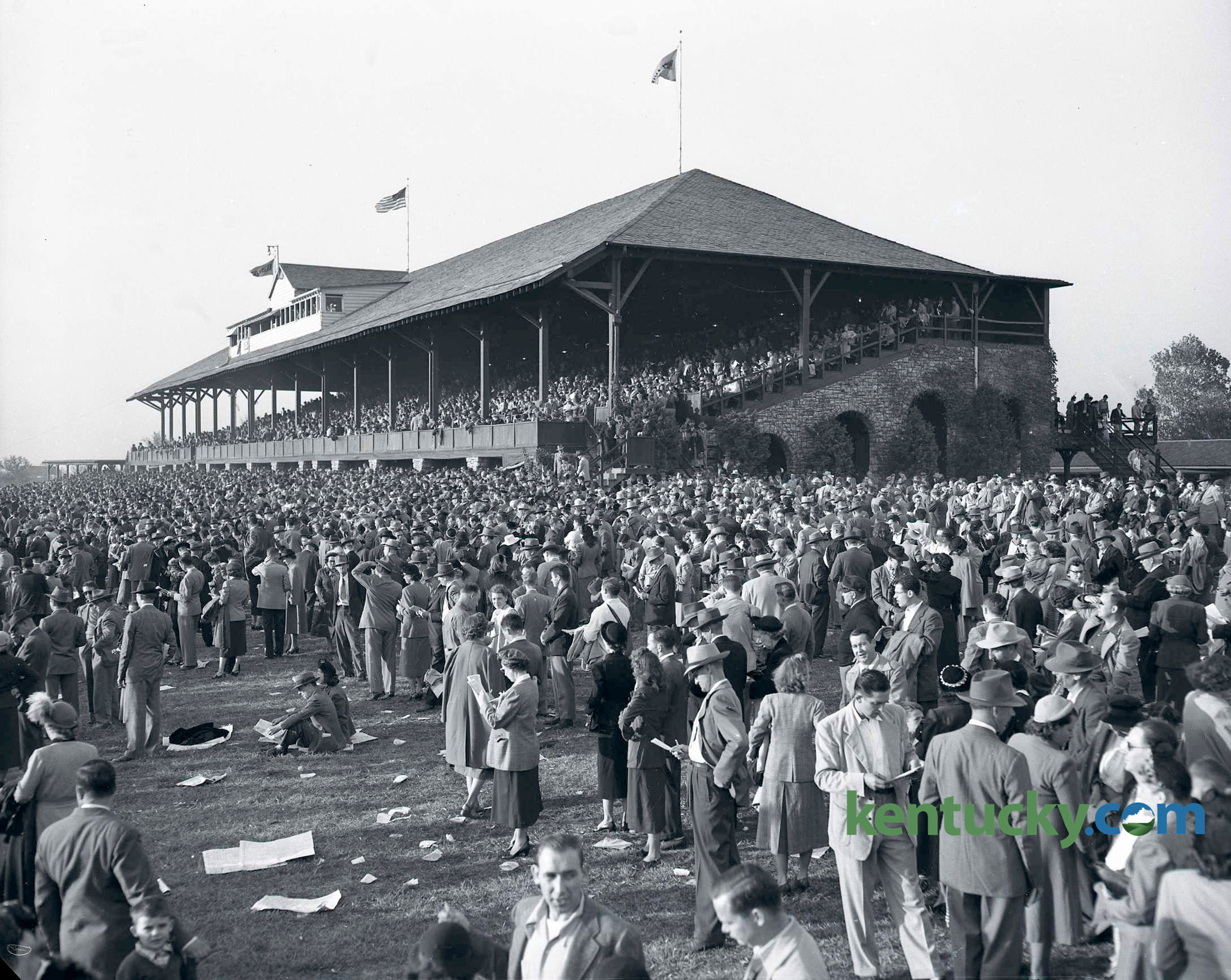 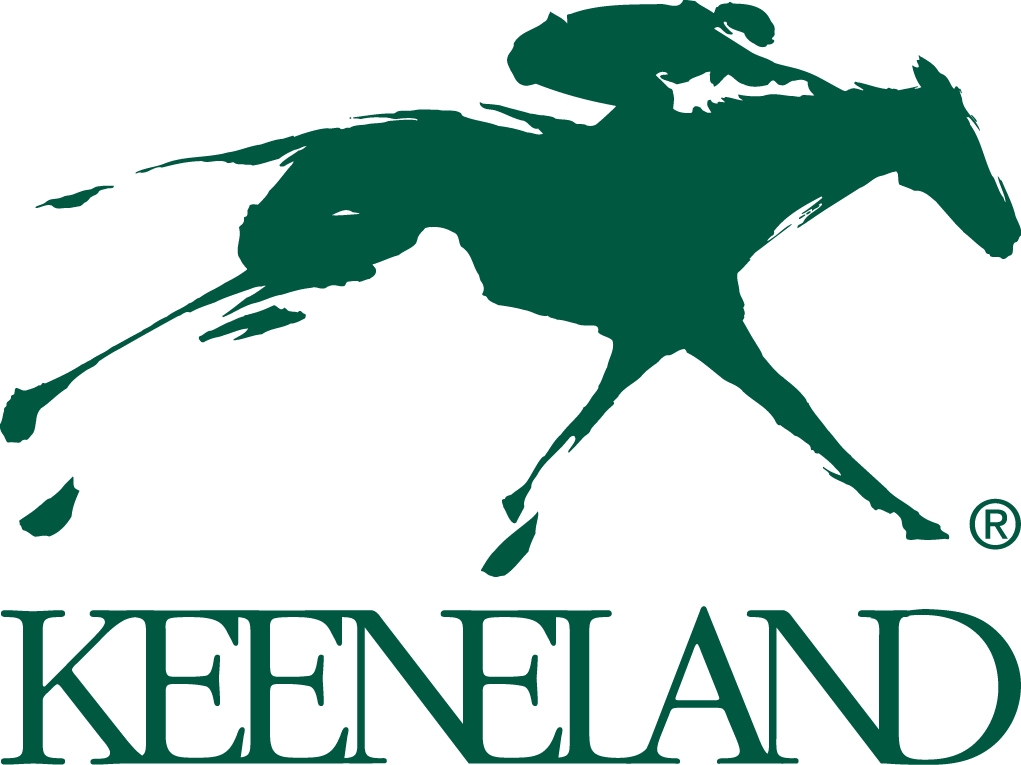 Horses at the starting line ready for action 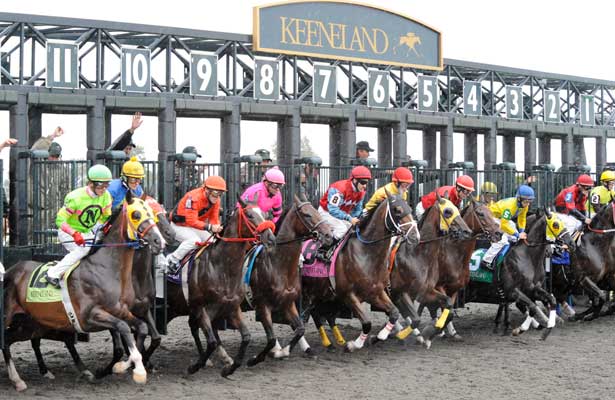 In 1933, the historic Kentucky Association track near downtown Lexington shut down. This left the Horse Capital of the World without a track for the first time in 100 years. People from all classes flocked to horse racing, so when the track closed there was, naturally, widespread disappointment. However, in the midst of the Great Depression in 1935, a volunteer committee came together made up of horsemen Hal Price Headley and Major Louis Beard along with 10 other men, who began their mission to bring the race track back. The committee had a specific goal, to create a race track unique in structure. Its ideas were not based on profit or gain but a much larger purpose. The group wanted the race track for the pure love of racing—the group wanted a nonprofit venture. All of the proceeds would be returned to the racing purse for the horsemen and improvements to the facility. Any remaining money would be donated to charity. Above a-ll, the visionaries wanted to keep the celebrated Kentucky Thoroughbred tradition alive for generations to come.

Then it was time to choose a location. Twenty locations had caught the committee’s eye, but only one stood out, Jack Keene’s property to the West of town. Members chose his property predominantly because he was willing to give it up for a price considerably lower than what it was worth. Additionally, the amenities were promising. The land had a mile and a furlong private track, combination stone castle and barn, a 100,000-gallon water tank, and a roadway and land for future stables and parking. Internationally, Keene was already a respected Thoroughbred trainer who with his gift and sale, created a foundation for a now highly prized Kentucky tradition. No surprise the group named the track after its previous owner. The new owners used many of the existing facilities such as the stone clubhouse, grandstand and other structures that had been extracted from native Kentucky limestone. Although it was a good start, there was still much work to be done. Finally, 15 months later, it became the first nonprofit track in the world. A team of volunteers managed the Keeneland Association under the authority of Beard and Headley, Keeneland’s first president.

On October 11, 1936 an open house was held and more than 15,000 people attended. It was mainly done to introduce the new track and reassure the public that the Bluegrass State was not going to let one of its most iconic attractions falter. More than 8,000 fans attended the races on the opening day of the nine-day season. The fans ranged from locals who simply wanted to enjoy the tradition to businesses who brought the best of their horses to compete. The posted attendance for the support in racing’s comeback was 25,337. Keep in mind people were still struggling in the depths of the Great Depression; yet, even those who were out of work attended and gambled a total of $500,000. With a successful first year behind it, Keeneland had managed to stake a loss of a mere $3.47 in its first year.

Headley said “We want a place where those who love horses can come and picnic with us and thrill to the sport of the Bluegrass…..we want them to come out here and enjoy God’s sunshine, fresh air and to watch horses race.” Keeneland still stands by that mission statement today. It is an industry leader in developing and promoting innovations to advance Thoroughbred racing along with improving safety. Most of all, Keeneland helps to persevere the history and integrity of the sport. Keeneland’s popularity continues to enable its managers to donate to charitable funds and uphold a safe establishment and conditions for the horses and horsemen. It remains the world’s premier Thoroughbred auction house, selling more champions and stakes winners than any other sales company. The auction house is unrivaled in terms of offering the best horses, state of the art facilities, and extravagant client amenities. With such state of the art racing comes worldwide recognition. Buyers from 50 countries encompassing Europe, Central and South America, the Middle East, Australia, Asia, South Africa, Russia and India take part in Keeneland’s four annual auctions with sales regularly totaling more than $400 million.

Keeneland’s humanitarian outlook on this beloved Kentucky tradition has prospered for more than 75 years and is likely to continue to give the heart of a Kentucky a name to uphold with pride.