The Battle of Champion Hill, which took place on May 16, 1863, was seen as a turning point in Major General Ulysses S. Grant's military career and also the Civil War. Grant led his Union force to victory, defeating the Confederates decisively. There are several landmarks and signs on the property that illustrate the battle and what actually was saw by the witnesses. Two of the more interesting are the Coker House (located on the map), the only house that still stands from the battle, and the "Hill of Death" sign located on the grounds of Champion Hill Missionary Baptist Church. The battle was part of Grant's campaign to reach and lay siege to the important city of Vicksburg, located on the Mississippi River. 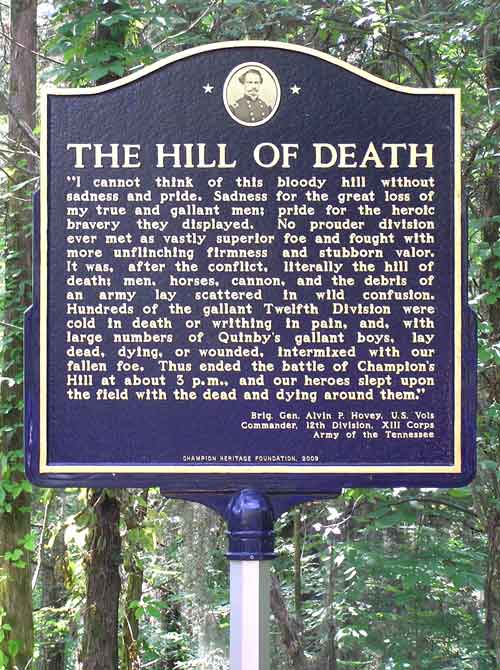 The Coker House after it was remodeled in 2008. Picture was taken from http://mdah.state.ms.us/senseofplace/tag/coker-house/. 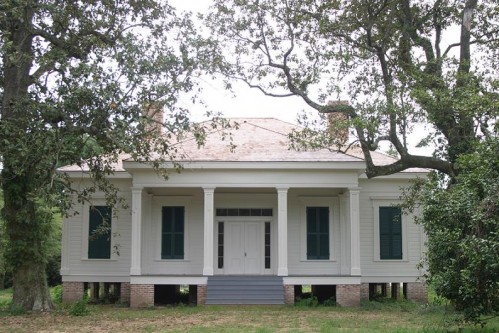 Leading up to this battle, northerners considered Grant an ineffective leader there and was talk of replacing him. The article written by Jon Stephenson even noted that the New York Times said that "Grant remains stuck in the mud of northern Mississippi, his army no use to him, or anybody else." In the months leading up to this battle, Grant was said to have retreated and was also drinking on the job.

On the days leading up to the battle, Grant sent his men out on special raids to attack Confederate camps. The catalyst for the larger battle finally ensued when Confederate soldiers encountered a union picket. A firefight soon broke out. Hearing the firefight, a Confederate soldier named Stephen Lee took to the highest point he could get to: Champions Hill. After being notified about what was happening, he saw the Union forces coming into the field. Knowing the strategic importance that the hill could play, both sides tried to seize and keep control. The battle went back and forth until the Union finally turned that tide and took Champion Hill.

There is a sign that is standing where some of the battle took place. It has a quote from Alvin P. Hovey on it. A part of this quote says "Literally the hill of death: men, horses, cannon, and the debris of an army lay scattered in wild confusion. Hundreds of the gallant Twelfth division were cold in death or writhing in pain, and, with large numbers of Quinby's gallant boys, lay dead, dying, or wounded, intermixed with our fallen foe." The sight and the horror that must have been surrounding all of these men seems unfathomable, but with this horrific battle won, Grant's legacy was cemented.

To learn more about the battle in greater detail, go to the paper written by Jon Stephenson. The official website also gives more information, tells about reenactments, and other special events.