Established on August 14, 1965, Battleship Cove is the largest collection of US Naval ships in the world. This museum houses different battleships, a destroyer, a submarine, and PT boats as well as many different types of naval exhibits. The USS Massachusetts is one of the main attractions of Battleship Cove. This particular ship was the first American ship to fire a 16" projectile. The ships located here presents stories of America's past and allows visitors to take a trip back in time. The Cove's maritime museum provides educational programs, community programs, and different events. 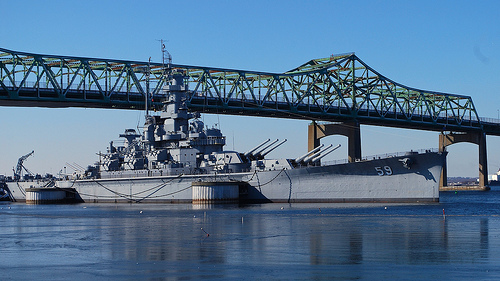 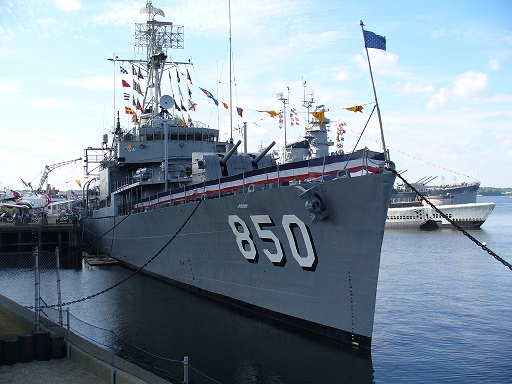 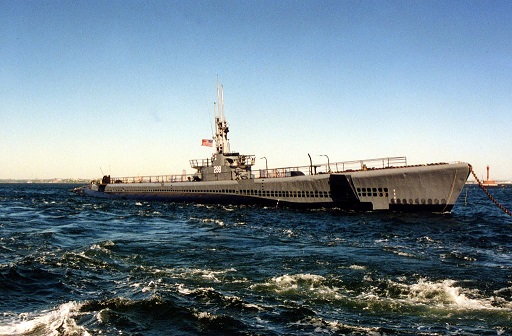 The museum expanded their collection when they obtained the USS Lionfish, an attack submarine used during WWII, and the USS Joseph P. Kennedy Jr., a destroyer named after U.S. Navy Lieutenant Joseph Patrick Kennedy Jr. The latter ship was designated as a memorial to veterans who served in Korea and Vietnam. Later, the USS Massachusetts would be the memorial for those that served in the Gulf War during the 90s. More ships would be put on display at Battleship Cove, including battleships that were used during the Cold War.

Battleship Cove is more than a graveyard for old warships. The boats located here still play the important role of teaching tourists about American history while allowing them to take trips to the past. There are many different exhibits that provide us with connections between the different ships and their history, including the main attraction of the USS Massachusetts. Also known as "Big Mamie," the USS Massachusetts was involved in countless battles. Commissioned in Boston in 1942, "Big Mamie" wasn't deemed inactive until mid-1946. This battleship is known to be the first American ship to fire a 16" projectile. This occurred during the 1942 invasion of North Africa against a French battleship known as Jean Bart. The ship was kept in a reserve fleet until 1962 when it was sold for scrap. Through the aid of local school children and the crew that once ran the ship, money was raised and "Big Mamie" was brought to Battleship Cove. Other exhibits included in Cove besides the USS Massachusetts, the USS Lionfish, and the USS Joseph P. Kennedy Jr. are some PT Boats, the USS Fall River, a battleship mainly used for nuclear weapons testing, and the Hiddensee, a battleship first commissioned by the East German Navy.

Since the 1960s when it first opened, the museum has been visited by millions of people around the nation. The Cove offers a lot of educational programs for the youth and wants to use it to expand knowledge of U.S. naval history. The main program they use is the Battleship Cove Community Boating Program. Other programs include a Junior Sailor Program and overnight sleepovers aboard the ships. Field trips to this Cove by local schools occur as well.