Alice in Wonderland was built in 1959 by sculptor José de Creeft and gifted by philanthropist George Delacorte. 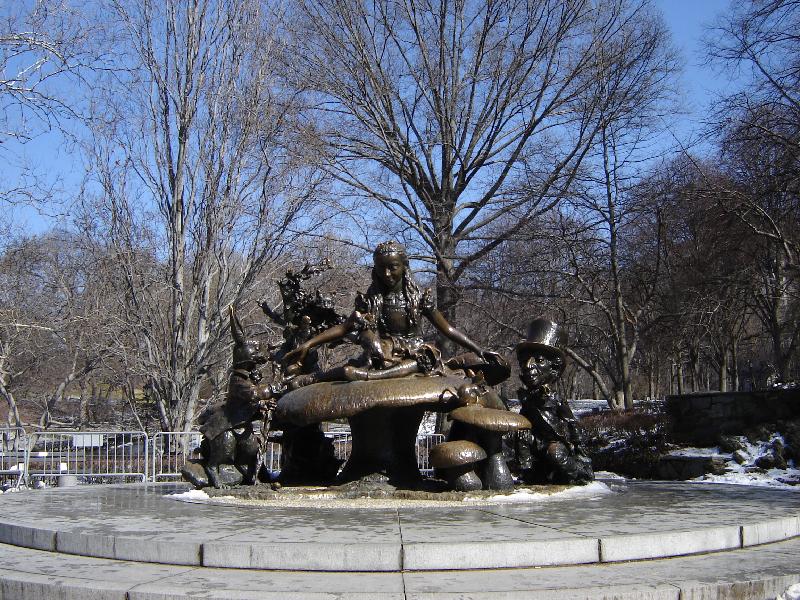 Children are encouraged to touch, and even climb on the statue. 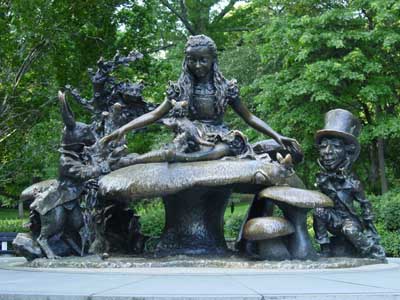 This statue was designed with the unique characters of the classic Alice in Wonderland. George Delacorte wanted to make it possible for the children of New York City to explore the wonders of the adventurous, imaginative story.  This sculpture is different than most. Normally, today's youth are told countless times to not touch works of art. Delacorte wanted the opposite effect with this masterpiece. He wanted to invite children to climb upon the statue, while touching it and examining it, with hopes of making their imaginations reach great lengths.

The most popular characters of Lewis Carroll's classic were sculpted within the 11-foot-tall bronze statue. The characters included the Mad Hatter, the Cheshire Cat, the Dormouse, along with the March Hare. Those four-story icons are balanced around the central element of Alice. This design of Alice was actually based off of the sculptor Jose de Creeft's daughter.

Around the statue, there are seven different phrases. Most are quotes from the story, but one of the engraved plaques says, "Alice in Wonderland. In memory of my wife. Margarita Delacorte. Who Loved All Children. GTD. Margarita Delacorte Memorial."
This memorial has served its purpose for many years in the Big Apple. It has even been used as settings in popular movies, such as, 'Remember Me'.