During World War II, tragedy struck on the home front in Hartford, Connecticut, behind the area that would become Wish Elementary School. On July 6, 1944, a fire engulfed a Ringling Brothers and Barnum and Bailey Circus tent killing 167 people killed and injuring at least 500 more. Six bodies were left unidentified and six more were never found. Today, a memorial at the site of the fire honors the victims and recounts the horrific events.

The monument marks where the center ring of the big-top was. 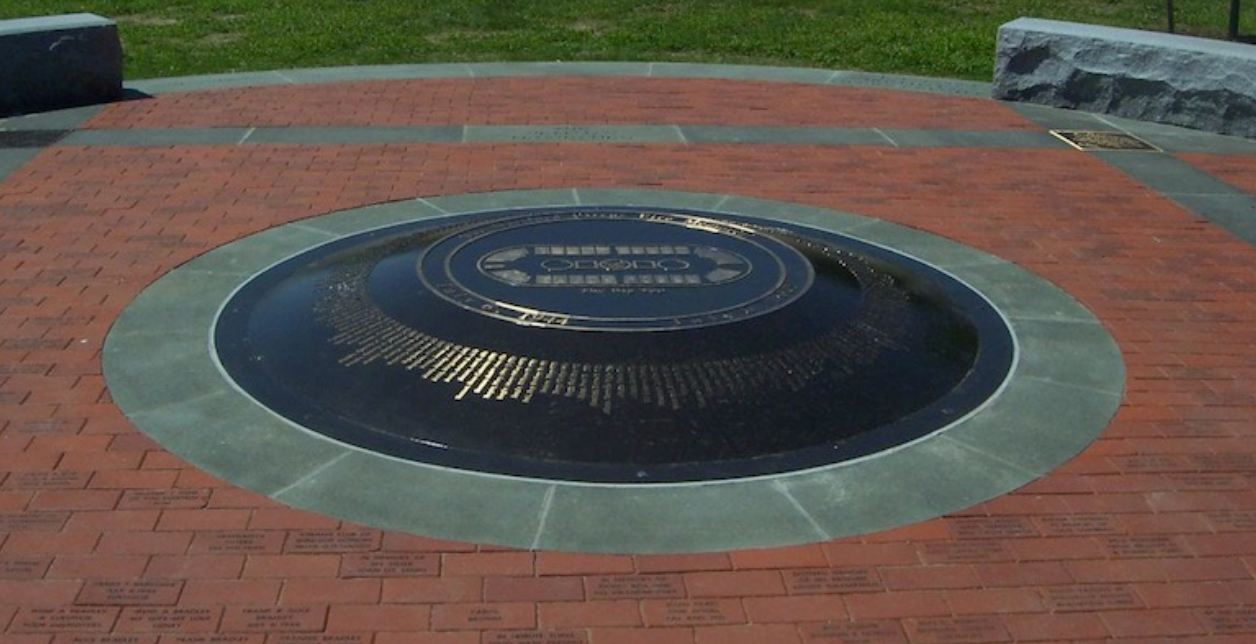 The chaos during the fire. 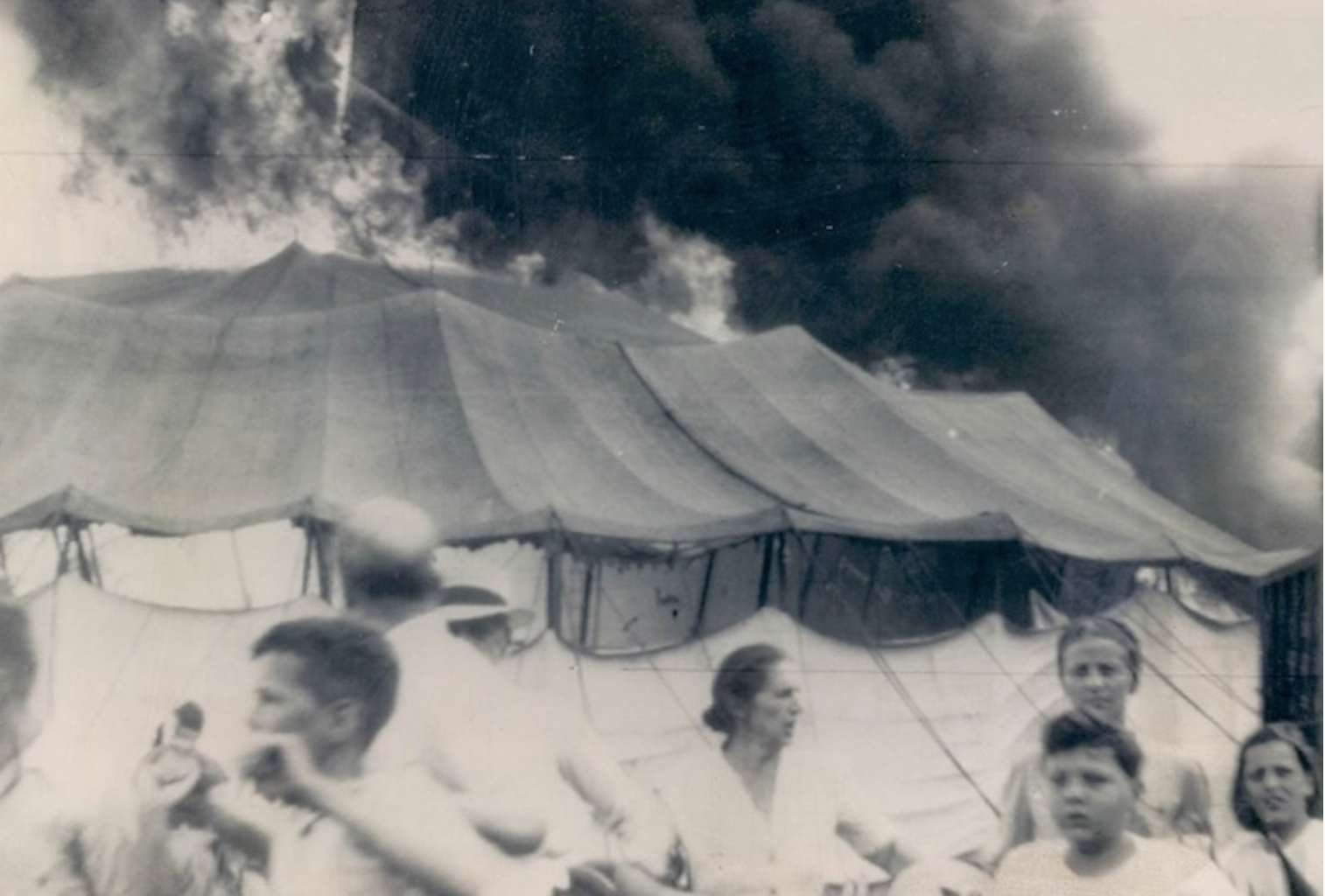 The investigation in the aftermath of the fire. 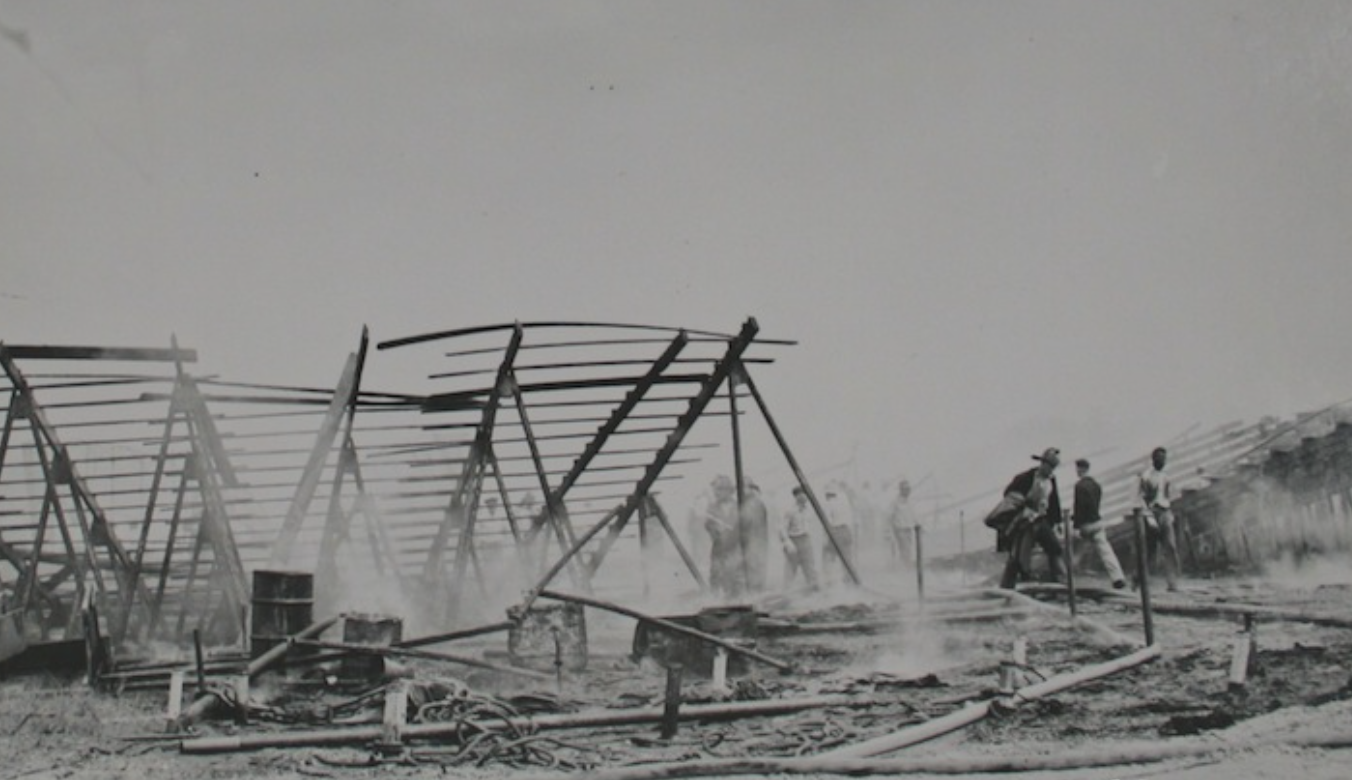 Approximately 7,000 circus fans, consisting mostly of women, children, and grandparents, as  most young men were serving in World War II, attended the afternoon show that the Barnum and Bailey Circus had brought to Hartford, Connecticut. However, at 2:15 p.m. the fun came to an abrupt and unfortunate stop when the giant canvas tent went up in flames, just ten minutes into the show.

Municipal Hospital, the largest and most equipped hospital in the area, admitted the most casualties. With the help of the Connecticut National Guard, the American Red Cross, and local social services, the rest of the 500 injured were sorted between the Hartford Hospital, St. Francis Hospital, and East Hartford Hospital.

The 167 dead were taken to the Connecticut State Armory to be identified, but making a positive identification was difficult because of the poor condition of the bodies. Most of the victims’ hands were so badly burned that making identifications with fingerprints was practically impossible and most paper identification on victims had been destroyed. Jewelry was vital in identifying some of the victims. Still, six bodies were left unaccounted for and an additional six were left unidentified. One of the unclaimed victims was that of "Little Miss 1565" whose body was substantially less marred than the others. An investigation, that lasted well into the 1990s, concluded she was eight-year-old Eleanor Cook. As such, her body was finally put to rest with her brother Edward who was also killed in the fire.

The cause of the fire remains unknown. Originally, the state fire marshal reported that it was likely caused by a discarded cigarette. However, when the case was reopened 50 years later, it was determined that a cigarette could not have been the cause of the fire. There were no signs of arson, and the actual cause of the incident is still unknown.

Through the tragedy of the Hartford Circus Fire, laws and regulations have been strengthened regarding the setup and performance of events such as circuses among others. These regulations included smoking bans, a requirement for larger exits, less flammable materials, and fixed seating arrangements. Over the years, these laws have saved countless lives.

Today, a monument stands at the site of the tragedy. It was dedicated on July 6, 2005. A series of bronzed plaques detail what happened during the fire. In the middle of these plaques is a large circular plaque, exactly where the center ring of the big top was, with the names of the victims ascribed upon it.