Located in a historic 1826 building and located just around the corner from Independence Hall and the Liberty Bell, the Philadelphia History Museum has served as a gateway into Philadelphia History for nearly 70 years. The Philadelphia History Museum at the Atwater Kent serves Greater Philadelphia by fostering among its citizens and visitors a deeper understanding and appreciation of the city, its historical artifacts, and its rich legacy. Drawing on its premiere 100,000 piece collection of objects, paintings, and photographs for exhibitions, programs, and electronic media, the museum's purpose is to educate present generations, especially school children, to learn from the past in ways that enrich their lives and improve their futures.

"Philadelphia History Museum at the Atwater Kent from south" by Beyond My Ken. Licensed under GFDL via Wikimedia Commons. 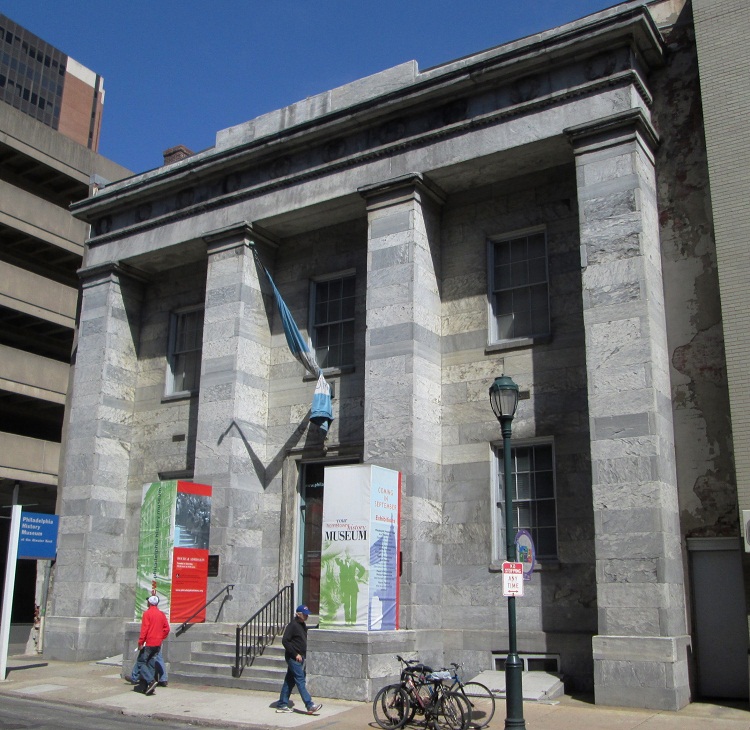 Philadelphia History Museum was founded by City Ordinance in 1938 to coincide with the 150th anniversary of the signing of the United States Constitution in Philadelphia. The effort brought together City officials and preservation leaders to secure the original home of the Franklin Institute at 15 South 7th Street, an elegant Greek-Revival structure designed in 1826 by John Haviland, one of the country's foremost architects. Haviland’s largely unchanged façade was loosely based upon drawings of an ancient Greek monument. It features marble stairs flanked by faux-grained cast iron lamps approaching an inviting main entrance set in a marble surround. The structure was added to the National Register of Historic Places in 1978.

With the building unused after the Franklin Institute moved to its present-day home on the Ben Franklin Parkway, the Philadelphia City Planning Commission considered demolishing the structure to make way for a parking lot. Henry Ford, the automobile manufacturer, offered to move the façade to his museum, Greenfield Village, near Detroit, Michigan.

Hoping to save the historic building, newly elected Mayor S. Davis Wilson and Frances Wistar, president of the Philadelphia Society for the Preservation of Landmarks, reached out A. Atwater Kent. In 1938, A. Atwater Kent, one of the world’s great radio inventors and manufacturers, purchased the building and agreed to save the building on the condition that it be used as a city history museum. After three years of renovations carried out by the Works Progress Administration, the was formally dedicated on April 19, 1941.

Renamed the Philadelphia History Museum at the Atwater Kent in 2010, the museum holds a collection of Philadelphia history composed of over 100,000 objects. Since its founding, PHM has been a partner in the Public History movement, collaborating with academic and cultural organizations to present the history of the city in ways that reflect the daily lives and issues of all Philadelphians.