Bicentennial Moon Tree, commonly known as the “Moon Tree”, was a special sycamore tree planted in Philadelphia’s Washington Square Park in 1975 to honor the U.S. Bicentennial from seeds transported to the moon and back on the Apollo XIV mission in 1971, by astronaut Stuart A. Roosa. The sycamore tree that was planted in Washington Square Park died circa 2008. As of 2011 there was still the base of the tree standing. In a ceremony on September 24th (which is National Public Lands Day) gardeners at Independence National Historical Park planted a clone created from the ailing Moon Tree. The tree that went to outer space was recycled to be made into wooden features or plaques on the park’s grounds. 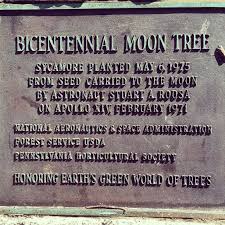 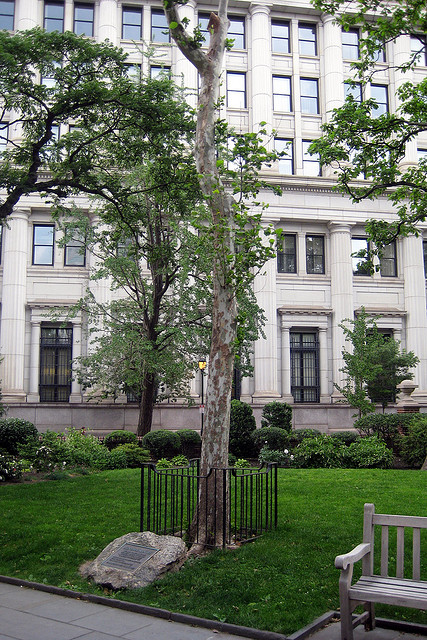 The first Moon Tree, planted in 1975 by George Vitas of the US Forest Service in Washington Square Park, Philadelphia (via Forest History Society). 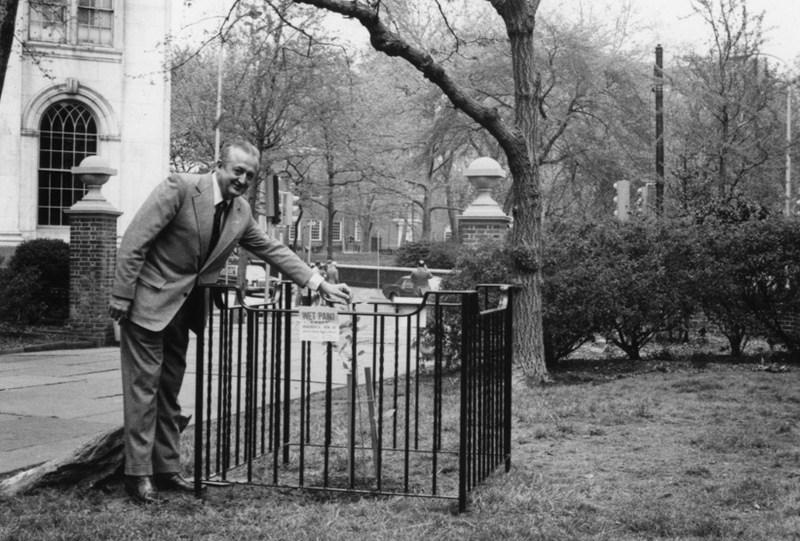 Clone of the "Moon Tree" plant that flew on Apollo 14. 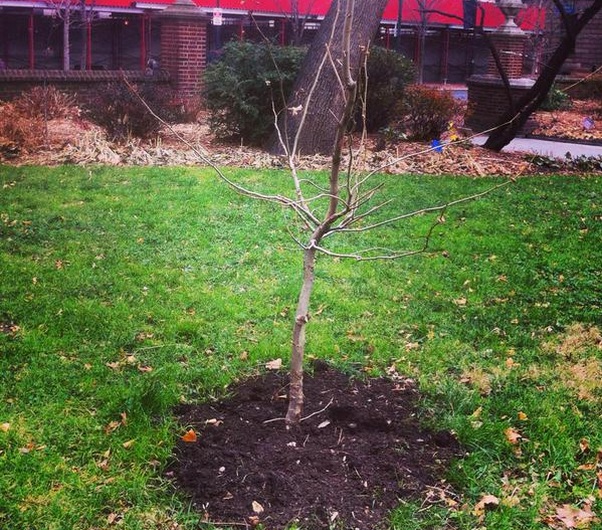 Apollo 14 launched in the late afternoon of January 31, 1971, USA’s third trip to the lunar surface. Five days later Alan Shepard and Edgar Mitchell walked on the Moon while Stuart Roosa, a former U.S. Forest Service smoke jumper, orbited above in the command module. Packed in small containers in Roosa's personal kit were hundreds of tree seeds, part of a joint NASA/USFS project. Upon return to Earth, the seeds were germinated by the Forest Service. Known as the "Moon Trees", the resulting seedlings were planted throughout the United States (often as part of the nation's bicentennial in 1976) and the world. They stand as a tribute to astronaut Roosa and the Apollo program.

Before joining the Air Force, Roosa had worked for the U.S. Forest Service as a smokejumper. When he was later selected for the Apollo 14 mission, the Chief of the Forest Service asked him to consider carrying some tree seeds with him into space. Roosa agreed and carried a small container of five different types of trees - Loblolly Pine, Sycamore, Sweetgum, Redwood, and Douglas Fir - in a small container in his personnel bag.

Upon the Astronauts return to Earth, the seed canister burst after f being exposed to a vacuum, scattering and mixing up the different types of seeds. All was not lost; the seeds were recollected and sent off to two research facilities in Gulfport, Mississippi and Placerville, California for germination experiments. The majority of the seeds germinated successfully and the Forest Service had some 420 to 450 tree seedlings after a few years.

These "Moon Trees" were planted between 1975 and 1976 as part of the United States bicentennial celebrations. The sycamores, loblolly pines, sweetgums, redwoods, and Douglas firs flourished just like other trees, despite their experience out of gravity. However, after the fanfare, the extraterrestrial origin story for many of the trees was forgotten.