Philadelphia's Academy of Music is both a celebrated historical landmark and a current focus of cultural life in the city. Built in 1857, owned by the Philadelphia Orchestra and part of the Kimmel Center for the Performing Arts, this magnificent 19th century opera house is the oldest venue in the United States still used for its original purpose. The Academy is home to the Opera Company of Philadelphia, the Pennsylvania Ballet and “Broadway at the Academy,” a series of national productions, as well as classical and pop concerts, and live comedy. For more than a century, its most famous resident was the Philadelphia Orchestra, which returns every January to play the Academy Anniversary Concert and Ball. Since its opening in 1857 the Academy has seen events such as the American premiere of Faust and performances by such legendary figures as Tchaikovsky, Strauss, Rachmaninoff, Saint-Saëns, Mahler and many others. 1902 saw a series of operas produced by Pietro Mascagni. A 1907 performance of Madama Butterfly starring Caruso and Farrar was attended by Puccini.

Opened in 1857, the Academy is the oldest grand opera house in the United States still used for its original purpose. Image via Theatrical Index (reproduced under Fair Use). 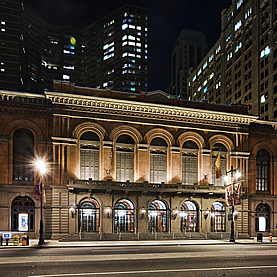 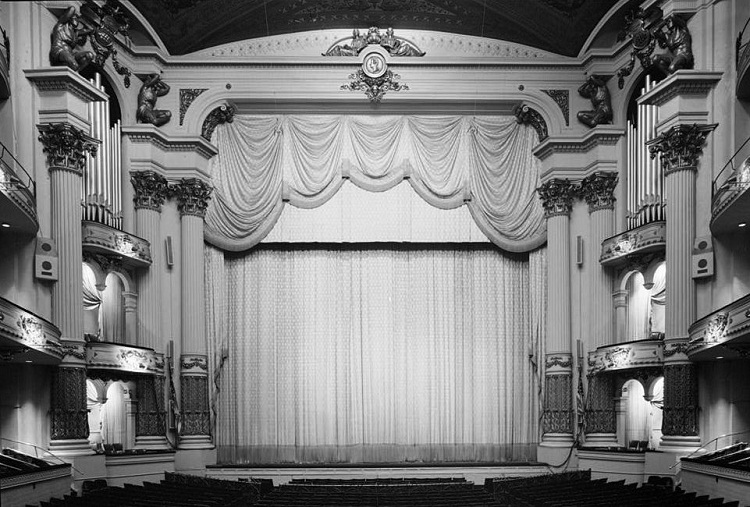 Academy of Music from the north. Image by Beyond my Ken on Wikimedia Commons (CC BY-SA 4.0) 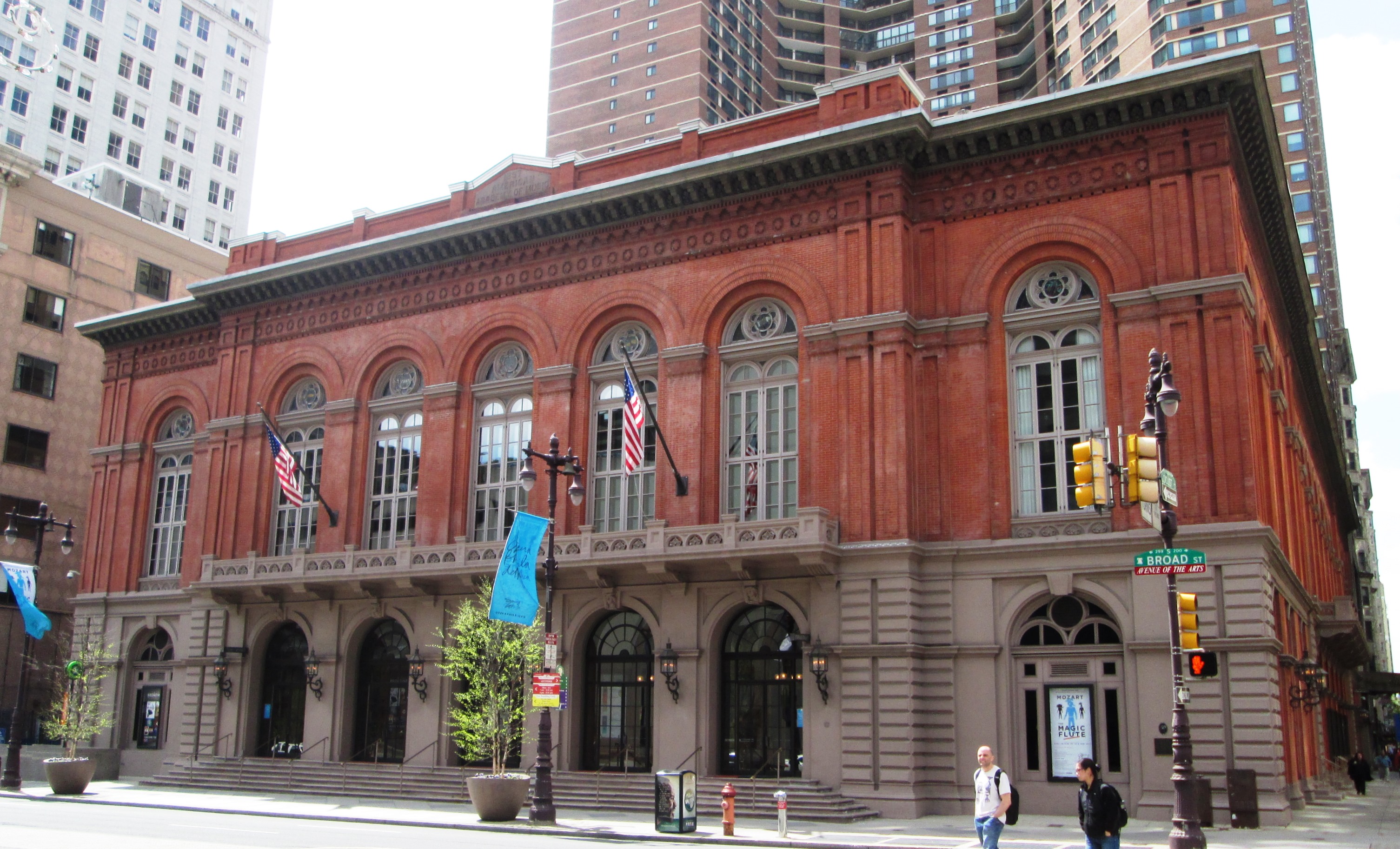 As early as 1839, attempts were made to build a grand opera house in Philadelphia. It was not until 1852 that a stock offering was tendered for what is known today as "the Grand Old Lady of Locust Street." To make it official and as an appeal to the public, the "Charter and Prospectus of The Opera House or American Academy of Music" was published in 1852. This document set forth the features of construction, the details of management and the advantages of investing in the proposed endeavor. On the architectural competition for the Academy's design, fifteen architects submitted designs between October 3 and December 15 of 1854. The winners were announced on February 12, 1855. Gustav Rungé and Napoleon le Brun won the $400 prize. It was their idea to dedicate the Academy to Mozart’s memory. Within four months the ground-breaking took place. This project was so important that President Franklin Pierce, along with Governor James Pollock and Mayor Robert T. Conrad, laid the cornerstone on July 26, 1855.

This free standing brick Renaissance Revival Style building exhibits a free use of classical forms. The interior of the Academy, with its columnned proscenium and tiers of boxes, should probably be regarded as a very early American example of the Neo-Baroque style which was just coming into vogue in the France of Louis Napoleon and to which Lebrun's French ancestry would naturally have inclined him. The plan is said to have been based upon that of Teatro della Scala of Milan, but the accoustical properties of the auditorium have seldom been equalled. Because so much of the Academy was constructed of wood and thereby more mellow tones were projected, the pits and the domed ceiling of the building were designed to provide resonance and accoustical excellence.

As the guests enter the Opera House’s main hall, there above the proscenium arch, over the Academy stage, a bas-relief of Mozart looks down upon the audience. This place of prominence for Mozart indicates that the builders of the Academy expected to attract the finest performing arts known to the world. The Academy was made a Registered National Historic Landmark in 1963. Since then, a few changes have been made to the structure. In 1996 the “Twenty-First Century Project” began, which allowed for a new rigging system, replacement of the stage floor, and cleaning and restoration of the historic ceiling. With Mozart’s image looking down on the Academy’s audiences from his position above the stage for over one hundred years, let the joy of opera and dance continue forever.