The depot was constructed in 1907 by the Union Pacific Railroad for its subsidiary, the Oregon Short Line Railroad, to replace an 1885 OSL depot that had been located just to the south and had been a simple wood-frame structure. During the station's active years, campaigning politicians sometimes made whistle-stops at the station to give speeches, among them being Harry Truman and Richard Nixon. Senator Robert F. Kennedy passed through just four days before his death. 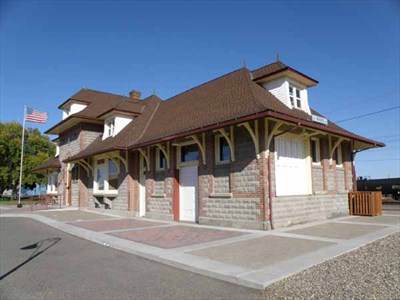