Located in Cadiz, Harrison County, the Clark Gable Birthplace and Museum is the authentic reconstructed home where “The King of Hollywood”- Clark Gable - was born on February 1, 1901. Over time, the Gable Foundation has acquired and reconstructed this house to operate as a museum and gift shop. This museum houses many items of Clark Gable memorabilia, including a boyhood sled and a 1954 Cadillac.

Outside The Clark Gable Birthplace and Museum 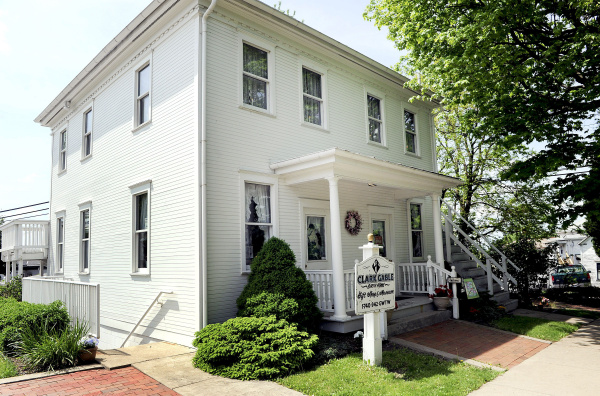 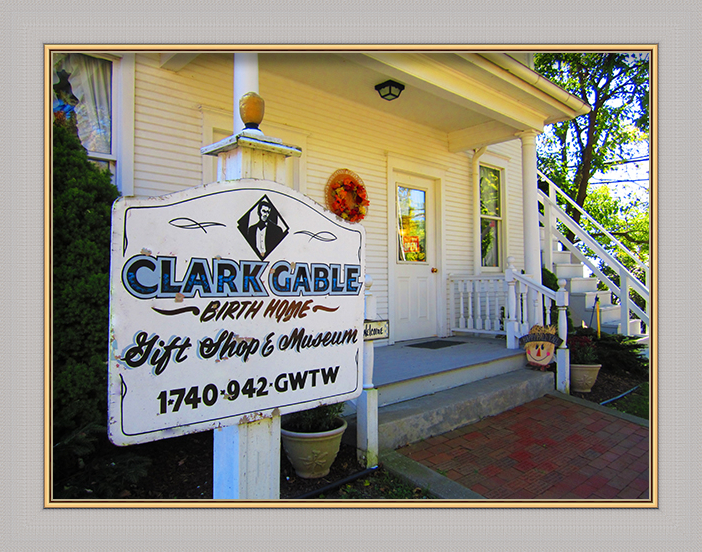 Clark Gable's monument stood on the property letting visitors know that this was the location of the actor's first home. Photo by Susan Glaser, The Plain Dealer 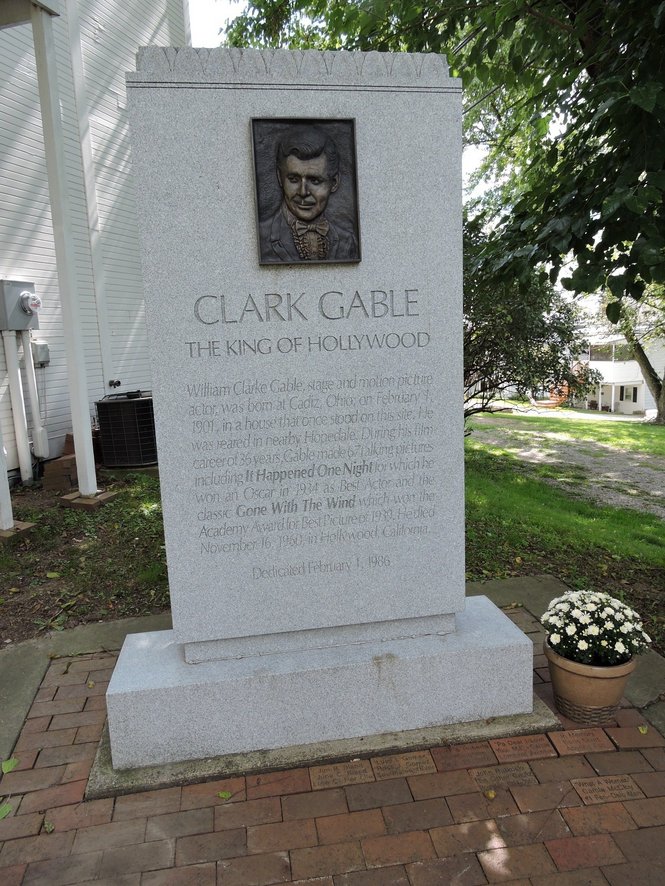 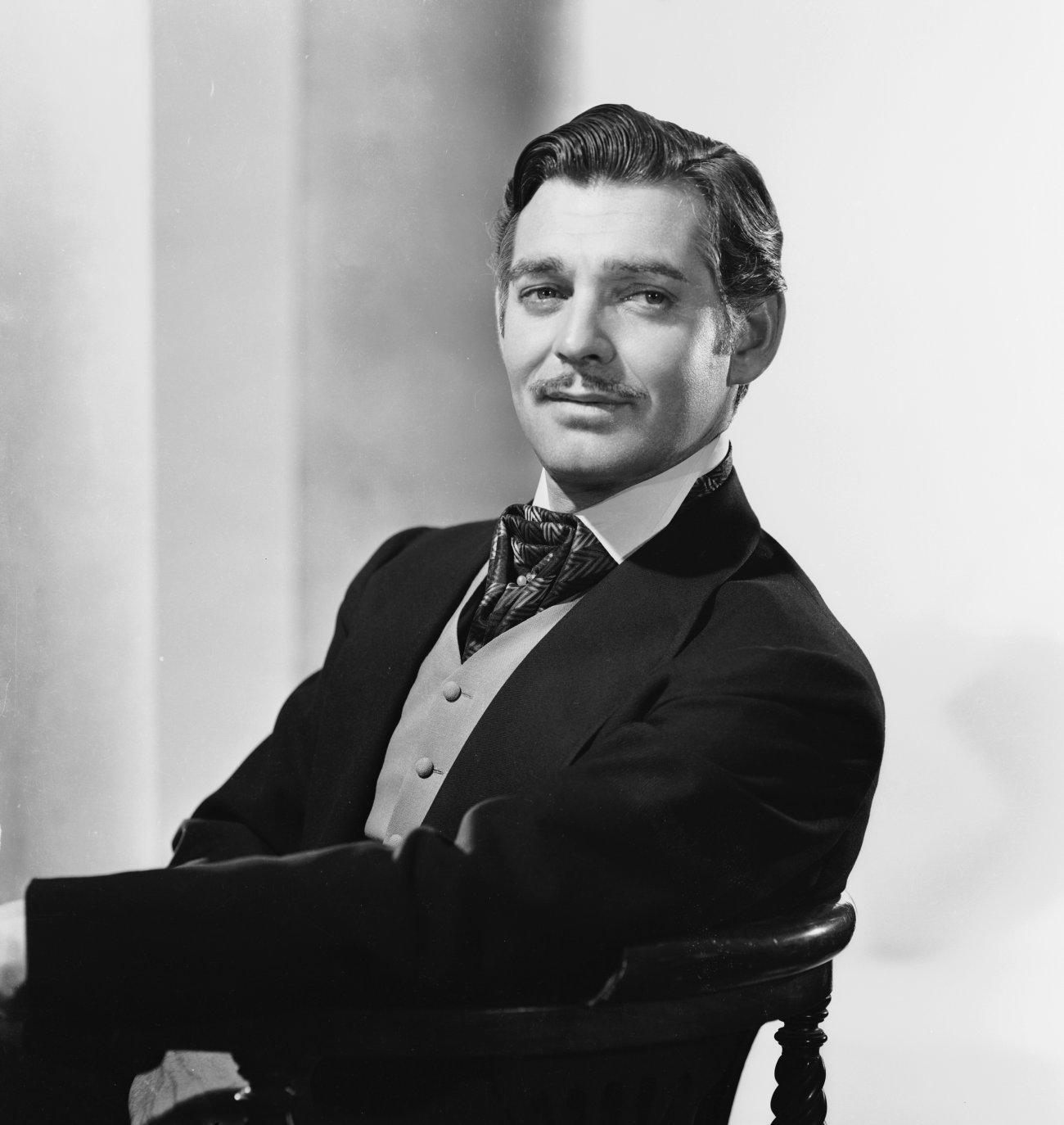 Clark Gable was an American film actor, known as "The King of Hollywood." Between 1924 and 1926, "Gable became a stage actor and appeared as an extra in silent films"(1) After that, "he landed his first leading Hollywood role and became a leading man in more than 60 motion pictures over the next three decades" (1). He is best known today for his role as Rhett Butler in the epic the Gone with the Wind (1939).

Clark Gable was born on February 1, 1901 in Cadiz and passed away on November 16, 1960. Cadiz was known as “The Proudest Small Town in America,” the cradle of many famous sons including Clark Gable and General George Armstrong Custer. On Feb 01, 1985, the first annual “Clark Gable Birthday Celebration was held to commemorate Gable’s hometown connection. However, in the late 1970s, a group of local citizens realized that the economy in Cadiz and Harrison County had taken a dramatic turn for the worse. At one point in 1985, the unemployment rate of Harrison County reached over 25%. To deal with this situation, a group of local citizens discussed the possibility of tourism. This group of local citizens were convinced that “the tourism potential of its beautiful topography, historical figures and strategic location near several major population centers was ripe for development. They were also quite embarrassed that no memorial to Clark Gable existed in his hometown” (3). In fact that the house on Charleston Street in Cadiz, which had been the home of Clark Gable, was torn down in the early 1960s.

Therefore, in 1984, three business and professional men from Cadiz, Mike Cope, Job Kirkland and Chuck Peterson, organized a meeting and dreamed of an organization dedicated to preserving Gable’ memory (3). This became the strategy to build up tourism in Cadiz and Harrison County and the non-profit Clark Gable Foundation was founded.

The first goal of the Clark Gable Foundation was to erect a monument at the site of his birth. With the cooperation of the Worley Family who owned the land where the Clark Cable’s first home stood on, a few months later, “over seven-thousand dollars was raised locally and Saturday Feb.1, 1986 with a great expectation and national media attention, the monument was dedicated” (3).

The Clark Gable Birthplace and Museum holds itself responsible for preserving and sharing the Clark Gable’s heritage and memory for visitors and the local community.