In response to the mid-19th-century theory that suggested Native peoples must be assimilated or removed, those who opposed the complete removal of Native tribes began creating mission schools that aimed to train Native children for jobs. The Shawnee Mission was established as a part of this effort-a manual training school for children of the Shawnee and other area Indian nations. The school was in operation from 1839 to 1862. Administered as a museum by the Kansas State Historical Society since 1927, visitors to the 12-acre National Historic Landmark view the mission much as it looked during the mid-1800s and learn the stories of those who lived there. As this facility later served as the headquarters of the pro-slavery territorial legislature, visitors also learn about the history of "Bleeding Kansas."

The East Building is one of three surviving structures at the mission and serves as the museum's visitor center. 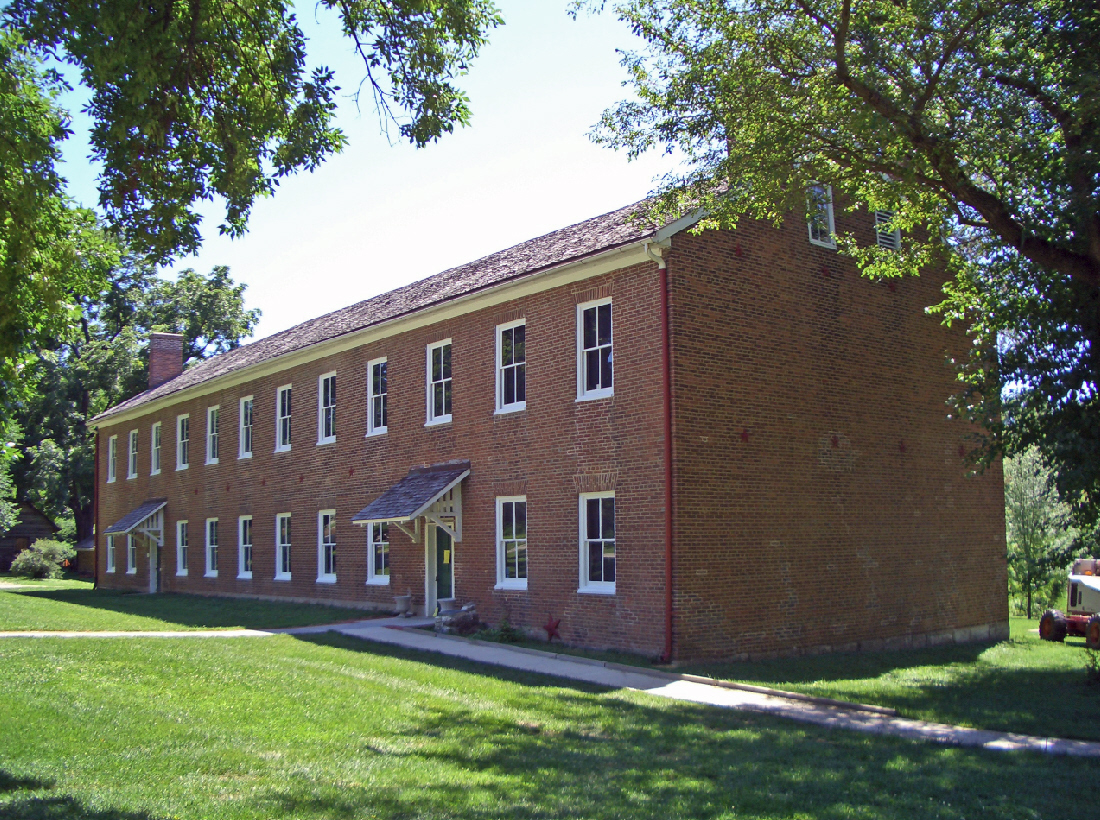 The North Building was constructed in 1845 and houses several museum exhibits. 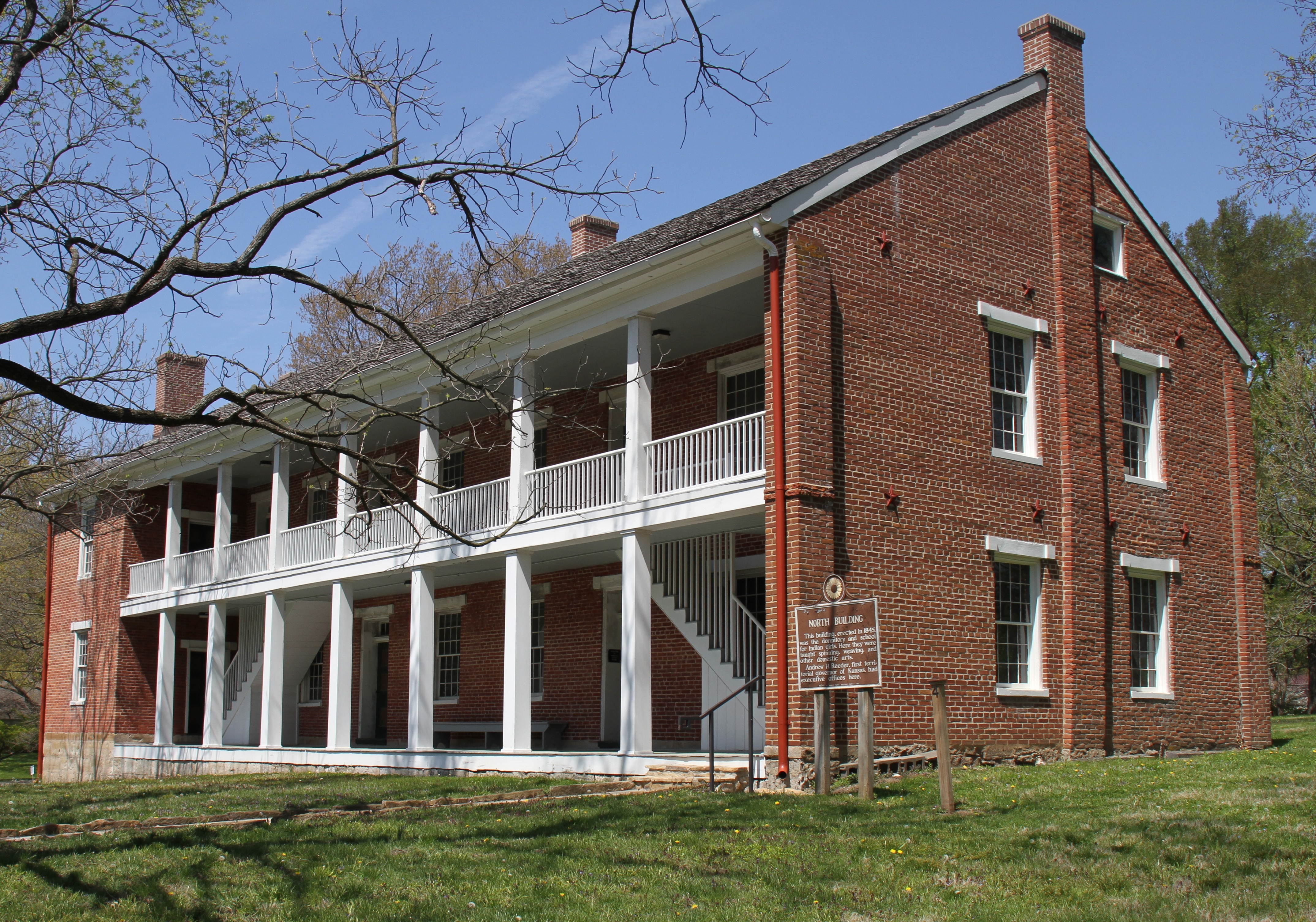 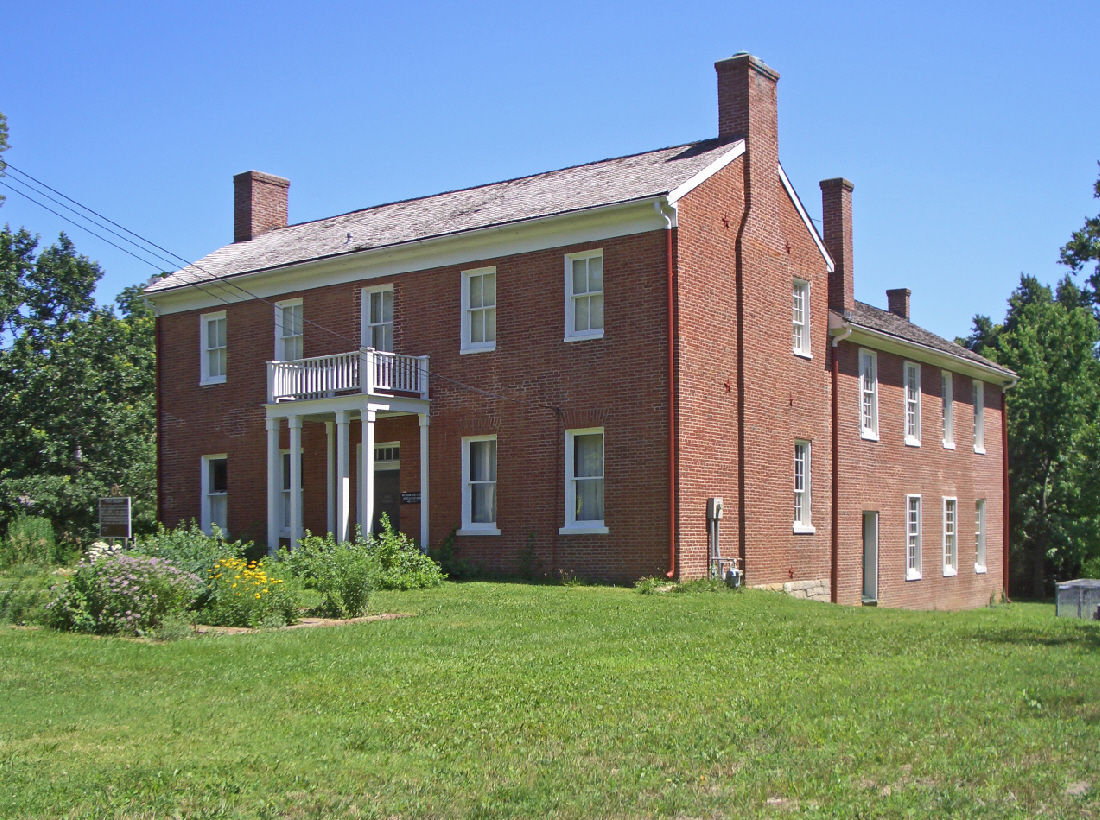 The Shawnee Tribe long resided in the Ohio River Valley. By the early 1800s, the westward expansion of white settlements threatened the territory and security of the tribe. In the 1820s and 1830s, the United States government compelled the Shawnee to relocate onto a 1.6-million-acre reservation in present-day Kansas. During this period, the United States imposed several treaties and legislation, such as the Indian Removal Act of 1830, which forced many Native American tribes from the East to move to reservations in unorganized western territories, namely in present-day Oklahoma and Kansas. Former tribal lands in the eastern United States were made available for settlement by white American citizens as a result. The Shawnee forced to relocate to Kansas included a branch from around Cape Girardeau, Missouri. They had lived there since 1793 after receiving a land grant from the Spanish government, which controlled that territory at the time.

In 1830, Methodist minister Thomas Johnson (1802-1865) arrived at the Shawnee reservation and established a mission in present-day Turner for the purpose of converting the tribe to Christianity. According to one account, he came at the request of Chief Fish, the leader of the Cape Girardeau branch. In 1839, Johnson moved the mission to Fairway for closer proximity to the Santa Fe Trail. With the transfer also came the opening of a new boarding school for Native American children.

The Indian Manual Labor School, as it became known, was one of many institutions established by governments and religious organizations to assimilate Native Americans into Western society during the nineteenth and early twentieth centuries. These schools taught children Western ways of living, while coercing them into abandoning their native languages, religions, and other customs. Children commonly experienced cases of physical, emotional, and sexual abuse, as well as malnourishment, heavy labor, excessive discipline, and poor-quality education.

The Shawnee Mission and its school encompassed 2,000 acres of land and sixteen buildings. Around 200 students were enrolled at the school at a time, drawn from the Shawnee as well as other tribes in Kansas such as the Kaw, Munsee, Delaware, Ottawa, Chippewa, Otoe, Osage, Cherokee, Peoria, Kickapoo, Potawatomi, Wea, Gros Ventres, Omaha, and Wyandot. The children were taught English, trade skills such as carpentry, and agriculture. Students woke up at 4:00 am and went to bed at 8:00 pm. Most days they attended classes for six hours and then performed chores (including cooking, cleaning, and farming) for another five hours.

The Kansas Territory was formally organized in 1854, and the Shawnee Mission briefly served as its second capital. Pro-slavery members of the territorial legislature, who had secured control of the assembly, voted to move the capital from Pawnee to the Shawnee Mission in early July 1855. The move was made in order to be closer to Missouri, where many pro-slavery advocates crossed the border to illegally vote for Kansas legislators. For one month, the legislature held sessions and the first territorial governor, Andrew H. Reeder, set up his office here. On August 8, 1855, the legislature switched the capital again to Lecompton.

Activity at the mission and school declined after the territorial government left. In 1858, Thomas Johnson handed over management of the institution to his son Alexander Johnson. The situation did not improve, and the entire mission closed in 1862. The Union Army utilized the property for barracks during part of the Civil War. After the war, the Johnson family secured ownership over the former mission. For the next six decades it served various as a dance hall, a dairy bottling plant, an apartment complex, and a boarding house. In 1927, the State of Kansas purchased the Shawnee Mission and worked to restore it as a historical site.

Today, the Shawnee Mission is managed by the Kansas Historical Society. The property contains just twelve acres out of the original 2,000, and three brick structures, known as the West Building, East Building, and North Building. The buildings have been restored and house exhibits focusing on Native American tribes and reservation, the Johnson family and other missionaries, Bleeding Kansas, and the Civil War. The mission was designated a National Historic Landmark in 1968 and added to the National Register of Historic Places in 1975.