When this stadium was completed in 1999, it was the first stadium in the United States to be built for the exclusive use of a professional soccer team. The stadium is a two-tier structure, with yellow and Black bleachers that match the team's colors. The Columbus Crew was established in 1994, with the team name and colors decided by a city-wide election. The voters selected "Columbus Crew" as the team name, Black and yellow as team colors, and a logo featuring three men in construction helmets.

Picture from the south end of the Satdium 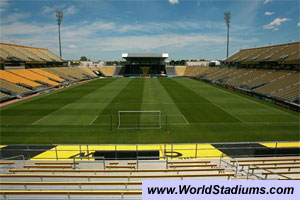 Picture from the south east corner of the Stadium 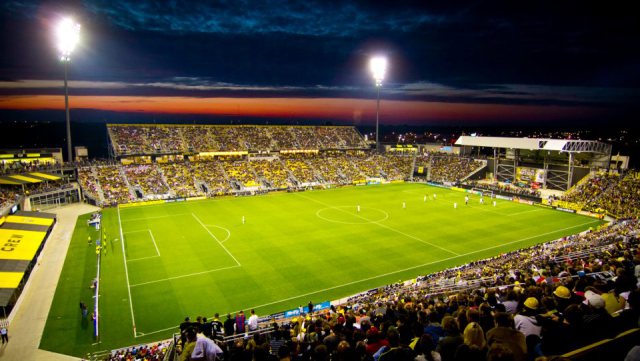 The Crew has only changed ownership twice in its history. The Hunt family who were the original owners sold the team in 2013 to Anthony Precourt who still owns the team today. Fans of the Columbus Crew are considered some of the most loyal and loud fans in all of the MLS. The fans have won the supporters shield in 2004, 2008, and 2009. The team itself has had success, winning its first cup title in 2008 with many other playoff finishes. The stadium boasts one of the best sporting atmospheres and hosted the qualifying matches for the U.S. national team with a 5-0-2 record, the best record among any active stadium for World Cup qualifying games.