One of the first schools reserved for African American children after Wichita created segregated schools, Toussaint L'Ouverture School opened at 13th and Mosley in October 1912. The 15-room school was named in honor of the leader of the Haitian Revolution. The building was expanded in subsequent decades, but became insufficient for the growing population of African American children in the northern and central sections of the city, many of whom were bused to the school The original school at 13th and Mosley closed in 1950 and the 1951 school year began with this school building accommodating 620 children. Wichita schools remained segregated until 1971. Between 1971 and 1973, the school population of this school shifted from being about 80 percent Black to 75 percent white as bussing was used to create more racial diversity in schools throughout the city. The Wichita Public School currently operates a magnet school in this historic building, which is still named in honor of the Black revolutionary leader.

Wichita maintained two schools for African American students in 1912: Toussaint L'Ouverture School at 13th and Mosley and Douglass School at 617 North Water. The city also rented two rooms for Black children in other parts of the city. 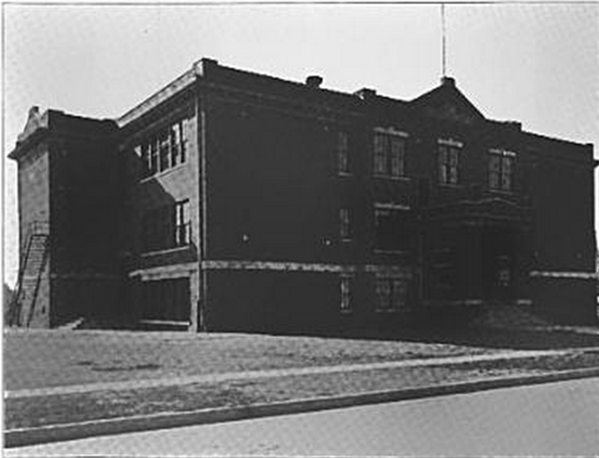 For more about the color line in Wichita, see Dissent in Wichita: The Civil Rights Movement in the Midwest, 1954-72 by Gretchen Cassel Eick by clicking the link below. 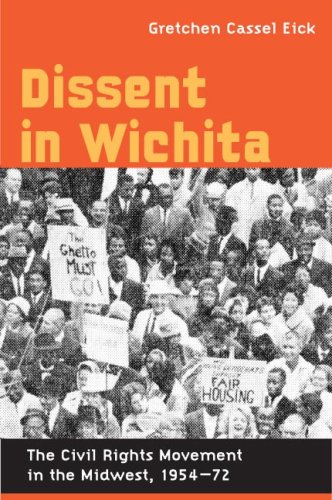 Wichita’s public schools opened in 1870 and school officials considered a proposal to segregate the schools as early as 1879. In that year, the twenty-two Black children enrolled in the city’s public schools represented only two percent of the total enrollment and the plan was abandoned. A decade later, the Black community of Wichita united and defeated a measure intended to separate the schools. Although the pro-segregation measure was presented as being “in the interest of both races,” seventy-five Black men met and protested against the pending measure sponsored by Orsemus Hills Bentley. Perhaps more interestingly, the Black community of Wichita convinced Bentley to oppose segregation which led to a new law banning the practice in the city schools.

Kansas law permitted cities of the first class to maintain separate schools below the high school level. Wichita was the only city of the first class at the turn-of-the-century that did not maintain any separate schools for white and Black children. However, this situation ended in 1906. In that year, the Wichita Board of Education unanimously passed a resolution calling for the organization of separate schools and set aside four rooms of the Park School for Black children. Their protests and petitions against this action being ignored, Black parents chose to ignore the Jim Crow school and attempted to enroll their children at their former schools until threatened with arrest for truancy. Despite this threat, some African Americans challenged segregation in the courts. In Rowles v. The Board of Education of the City of Wichita 76 Kan. 361 (1907) the courts decided that the law barring segregation was valid. Headlines in the Wichita Searchlight, the city's Black newspaper, reported that Black and white children would continue to attend school together in harmony.

However, the court case was only a temporary victory for the Black community of Wichita as whites lobbied for officials to repeal the 1889 ordinance that had outlawed segregation in Wichita. A bill specifically granting the city of Wichita the authority to segregate its schools failed, but in 1907, the legislature passed a more subtle piece of legislation that repealed the 1889 law. As a result, Wichita was governed by the laws regulating all cities of the first class and therefore legally entitled to separate students.

Although Wichita officials justified segregation as a regretful but necessary step due to conditions other than their own racial antipathies, the leading African American newspaper denied the existence of racial friction between the city’s children. In fact, the Searchlight reported that the segregation campaign appeared “as a bolt of lightning from a clear sky” as Black and white students had attended school together without incident since the system’s founding. Bonds to build a pair of Jim Crow schools were approved by the voters of Wichita in 1911 and built the following year.

David Trowbridge, Jim Crow in the Land of John Brown: Creating and Confronting the Color Line in America's Heartland, Forthcoming.