Aerial view of Gilmore Stadium. Select satellite view and zoom in on map to see relation to CBS Television City. 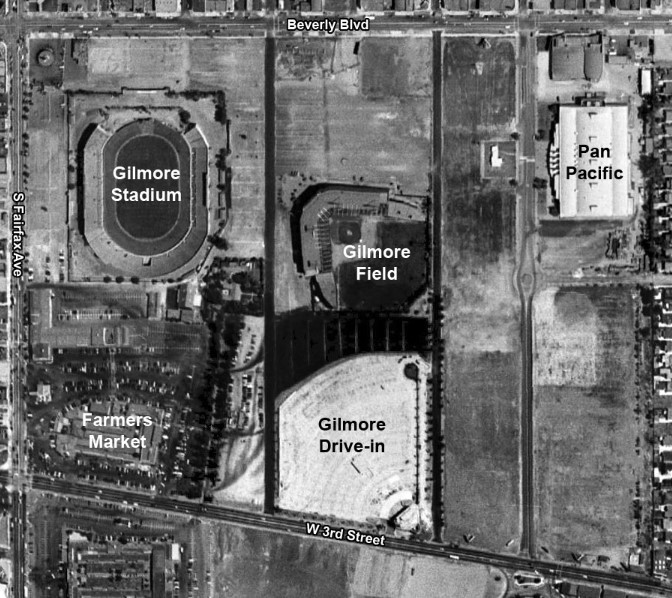 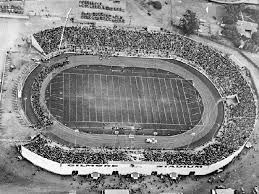 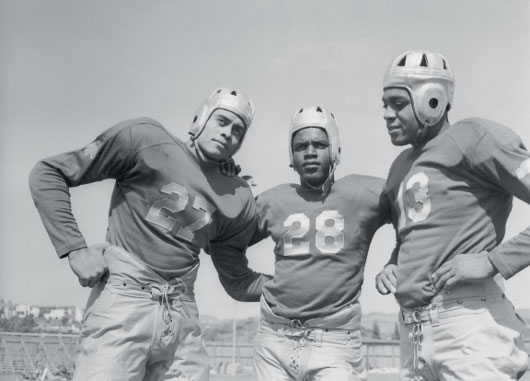 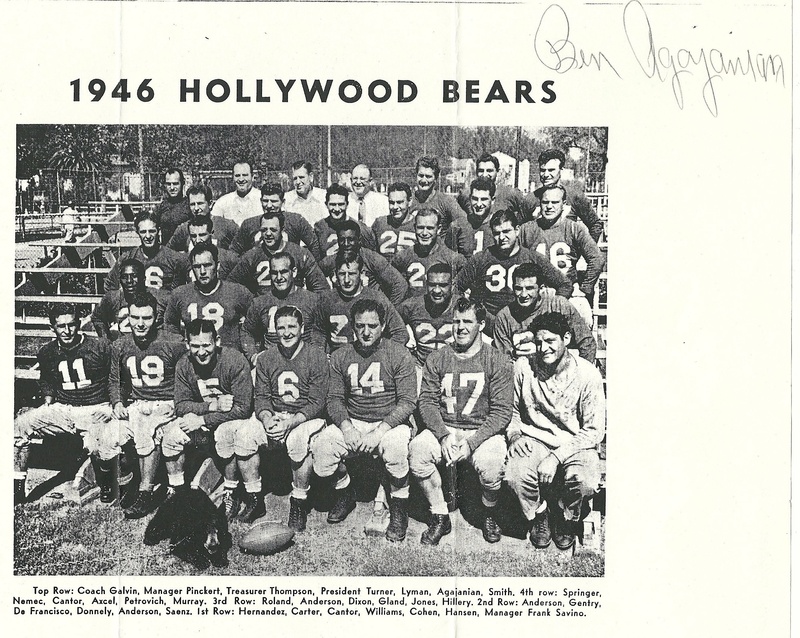 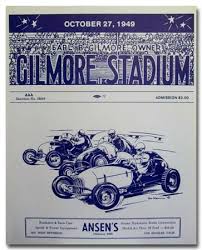 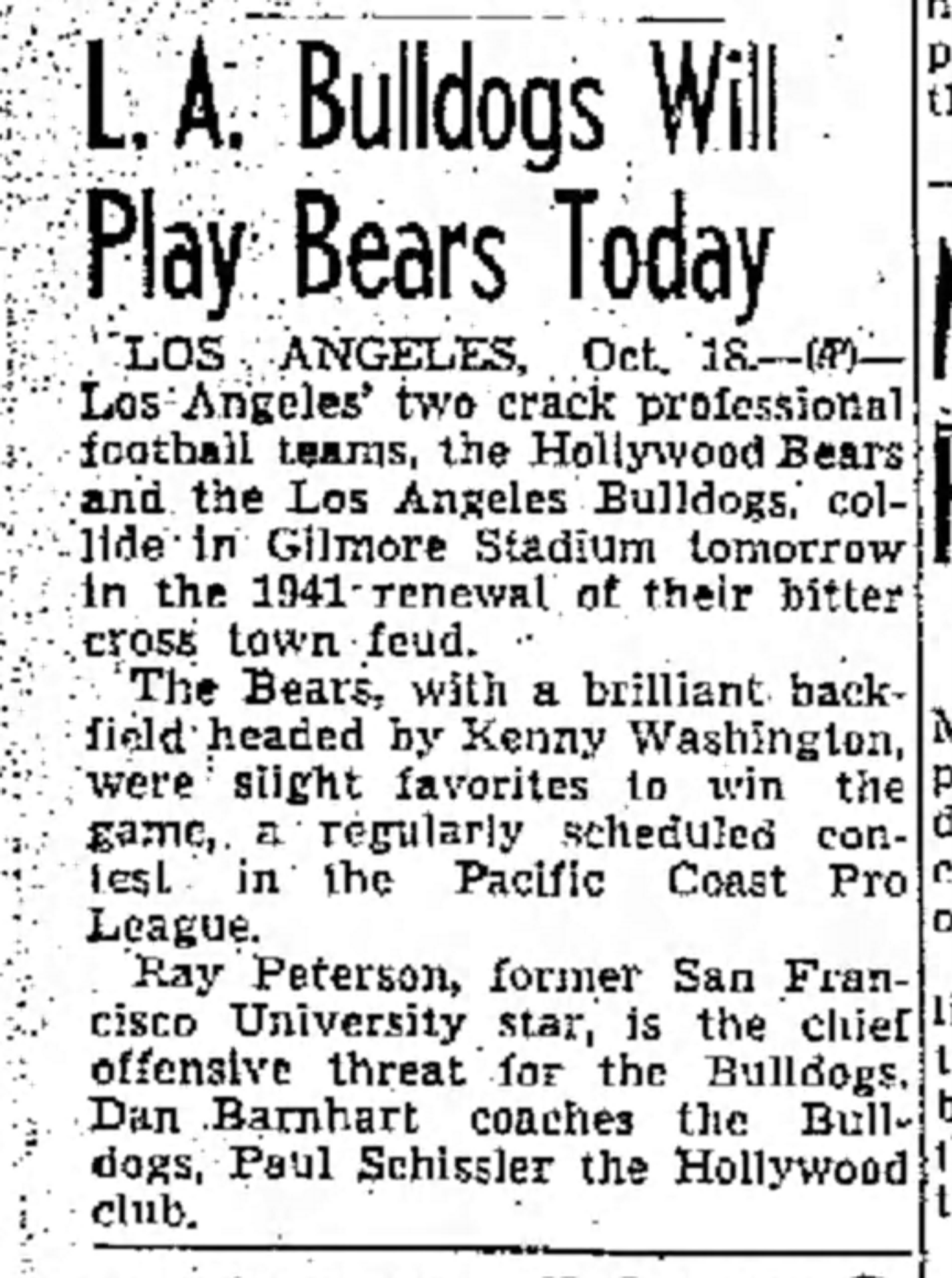 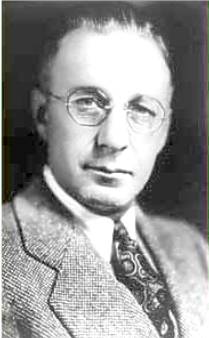 Midget cars racing at Gilmore Stadium in the 1940s 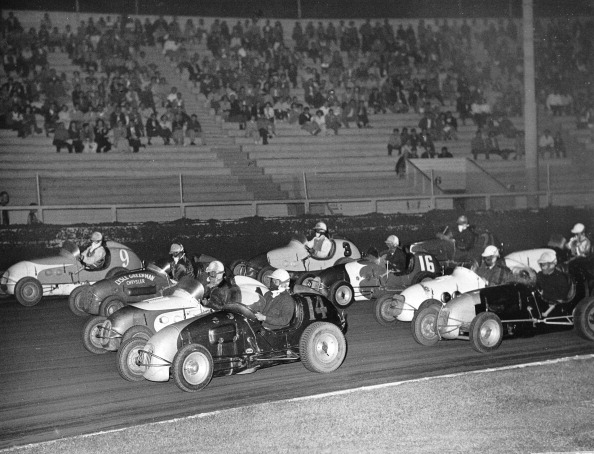 The Gilmore Oil Company formed after oil was discovered on the dairy farm of Arthur F. Gilmore. Earl Gilmore, Arthur’s son, became the company’s president in 1918.1 Earl Gilmore built Gilmore Stadium which opened in 1934.2 Gilmore Stadium served the home field for Loyola University football.3 The Stadium was also the home field for the Los Angeles Bulldogs, a team that competed in several different leagues. Beginning as an independent team, the Bulldogs joined the second American Football League for one year in 1937. The Bulldogs joined the American Professional Football Association in 1939.4 A professional team called the Los Angeles Bulldogs competed in the Pacific Coast Football League at a time when the National Football League did not allow black players. Jackie Robinson played for the Bulldogs briefly in 1941. Kenny Washington and Lenny Strode, two of Robinson’s teammates at U.C.L.A. played for the Hollywood Bears that year. The Bears won the league title that year. Jackie Robinson went on to break the color barrier in baseball while Washington and Strode would sign with the Los Angeles Rams , breaking the color barrier in the National Football League.5 Gilmore Stadium also hosted  NFL All-Star Games for the 1939 and 1940 seasons.6

Other events held at the stadium included aquatic shows, baseball, boxing, and cricket. Harry Truman delivered his “Stiff Upper Lip” at Gilmore Stadium.8 The stadium was also the setting for the Three Stooges movie "Three Little Pigskin's". 9 The stadium would experience a decline in the late 1940’s and eventually closed in 1950. The Hollywood Stars minor league baseball team of the Pacific Coast League played at Gilmore Stadium in 1939 while Gilmore Field, which was located next to Gilmore Stadium, was under construction. In 1947 actress Katharine Hepburn delivered a speech in support of the Progressive Party's presidential candidate Henry A. Wallace. The stadium was demolished in 195110 and the site later became a parking lot for CBS television city.