In the 1750s, the Virginia backcountry faced a constant threat of Native attacks, especially following the outbreak of the Seven Years' War (also known as the French and Indian War) in 1754. Confronted with destructive raids by French and Native forces, colonists relied on small stockade forts and blockhouses as oases of protection. Riddle's Fort offered colonists in the Lost River region a modicum of protection. In the spring of 1756, French and Indian raiders struck in the area. Authorities proved unable to mount a widespread mobilization of militia. Frustrated by inaction, Captain Jeremiah Smith gathered twenty men and clashed with the enemy raiders near the Lost River's headwaters. The colonists won the Battle of Lost River, killing six of the enemy and suffering two deaths of their won. Today, a state historical marker acknowledges the place of Riddle's Fort and the Battle of Lost River in local history. 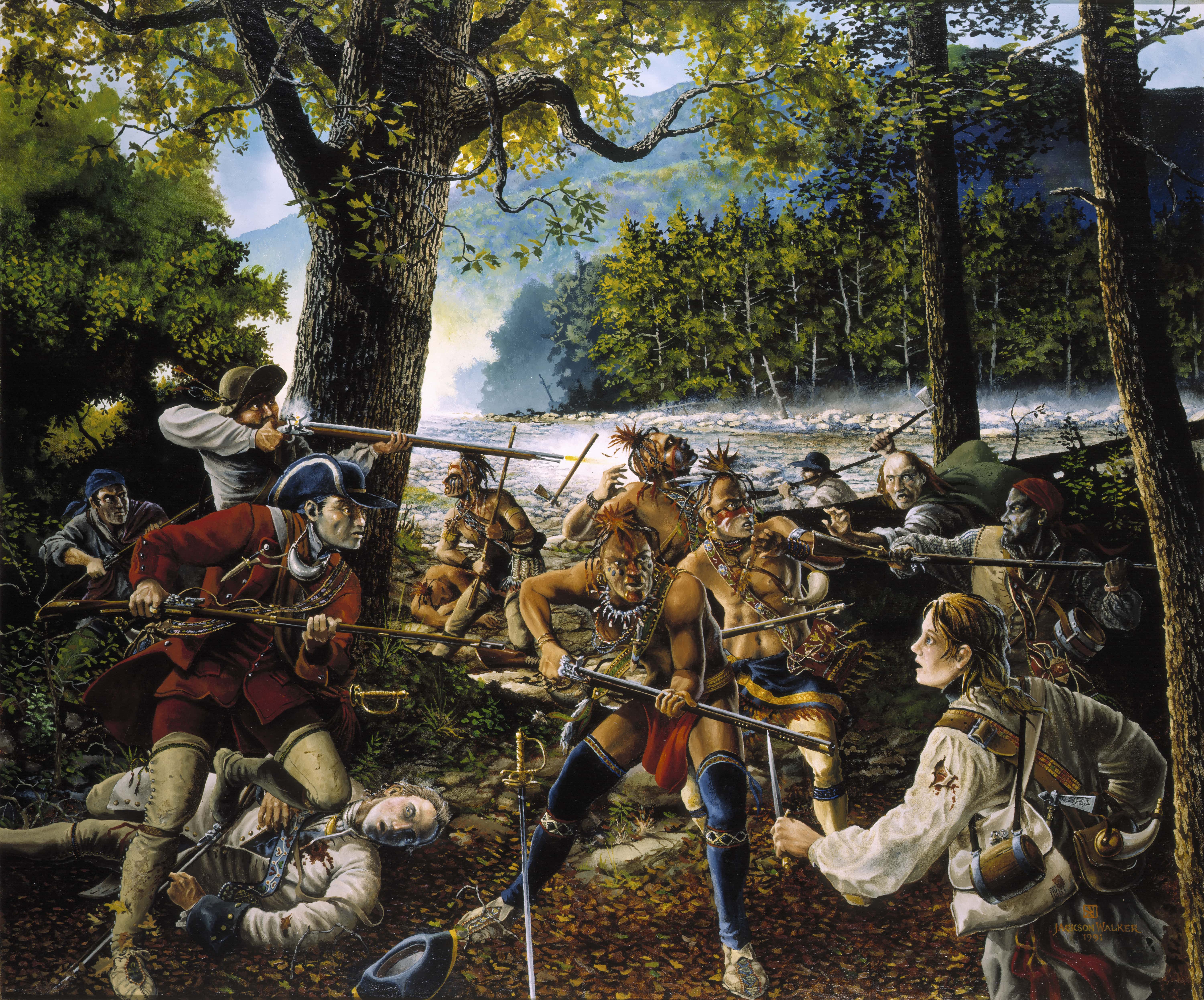 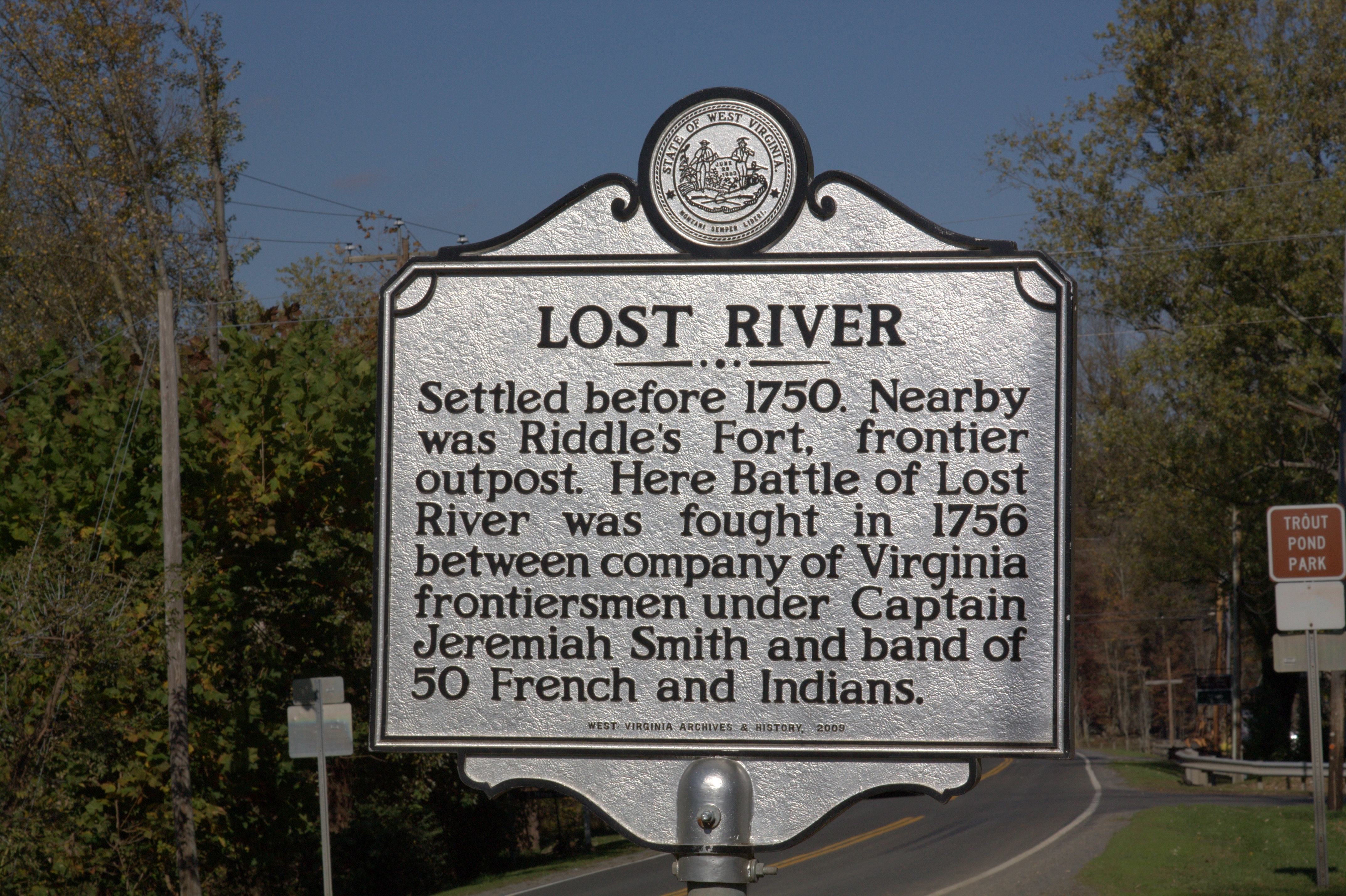 In 1754, a global conflict erupted when Virginia militia under George Washington attacked a small party of French soldiers just south of Fort Duquesne (now Pittsburgh). In the ensuing Seven Years' War (called the French and Indian War by American colonists), Native Americans, France, and Great Britain clashed for control of the Ohio River Valley and the future of the North American interior.

In the Virginia backcountry, British colonists faced seemingly innumerable Indian raids in the war's first years, especially following the defeat of Major General Edward Braddock's British army at the Battle of the Monongahela in 1755. With British forces reeling, Native tribes attacked colonial settlements, forcing many settlers to flee eastward. Hoping to mitigate the impact of these attacks, colonial authorities promoted the construction of frontier forts and blockhouses to afford settlers protection. Yet as noted historian Fred Anderson has pointed out, this defensive strategy was flawed. The forts "were always too far-flung to create a genuine shield for the colonies that built them" and often "were as much targets as shields."[5]

One such frontier fortification was Riddle's Fort. Situated on the Lost River (a tributary of the Cacapon River, sometimes stylized the "Capon" in colonial writings) near the Allegheny Mountains, relatively little is known about the fort. It apparently consisted of a small stockade. Another small fort, Warden's fort, was also located nearby along the Lost River.

In the spring of 1756, French and Native raiders crossed the Allegheny Mountains and penetrated into the Lost River region. Striking at local settlers, local militia companies couldn't agree to a course of action. Although this inability to react to the Indian raiders may seem surprising, historian Matthew Ward has shown the Virginia backcountry to be a decentralized place, lacking a true elite class that could govern or organize military mobilizations effectively. The independent nature of backcounty settlers and society hurt their ability to defend themselves.

Local militia Captain Jeremiah Smith proved frustrated by the lack of action. An early settler to the region, Smith gathered twenty volunteers and set out to intercept the Indians himself. Captain Smith and his men encountered their French and Indian foes near the headwaters of the Lost River (in what is now Hardy County, WV). A firefight erupted, and the French and Natives ultimately fled after suffering six dead. Among the dead was a French officer; legend holds the Frenchman was carrying plans to attack Fort Frederick in Maryland. The colonists suffered only two killed. The Battle of Lost River thus checked the French and Indian raiders.

Riddle's Fort and the Battle of Lost River are emblematic of settler fortifications and raiding tactics that dominated the backcounty during the Seven Years' War. Although France enjoyed early success in the war (and Native-Americans continued to be a serious threat throughout the conflict), Britain eventually managed to conquer French Canada. With British victory, France conceded its North American claims.

Today, a West Virginia state historical marker acknowledges Riddle's Fort and the Battle of the Lost River in local history.