On October 17, 1891, Charles Miller, John Scott, William Scott, and Robert Burton were lynched near this exact spot. These four African American coal miners were working at a mine near Iron Gate. The group traveled to Clifton Forge on the morning of the 17th, but soon found that their business at the local drinking establishments and stores was not welcome. A minor altercation led area whites to threaten and chase the black miners from Clifton Forge. That afternoon, white men bent on "retribution" traveled to Iron Gate and an altercation ended with the black miners being placed in the Clifton Forge jail while the white miners vowed revenge. Before long, anger at a seemingly minor and isolated altercation played to the racial fears of other white residents. By nightfall, rumors that these men were part of a plot among area black miners to "take the town" made some whites believe that the white men who confronted the black miners were acting in their defense. By 10 PM mob of 300 whites had assembled near the jail and demanded that the prisoners be released to them. The mob easily tore down the door of the jail and captured the four men. They then placed nooses around the miner's necks, beat them and carried their captives through the streets of Clifton Forge to demonstrate their "victory" over the four men. The mob then murdered each of the four men, leaving the bullet-ridden bodies hanging from trees in a part of the town known as Slaughter Pen Hollow.

For more information about this event and the historical context, please read W. Fitzgerald Brundage, Lynching in the New South Georgia and Virginia, 1880-1930. 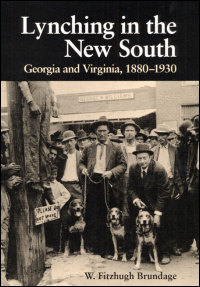 Charles Miller, John Scott, William Scott, and Robert Burton were lynched near this location on October 17, 1891. Photo from the Richmond Planet, an African American newspaper. 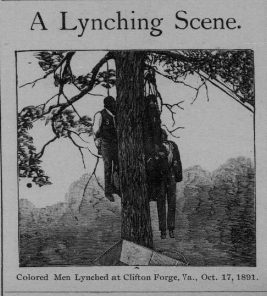 The full page of the above image from the Richmond Planet includes the story of Isaac Jenkins "The only man in the world who was lynched and lived to tell the tale." 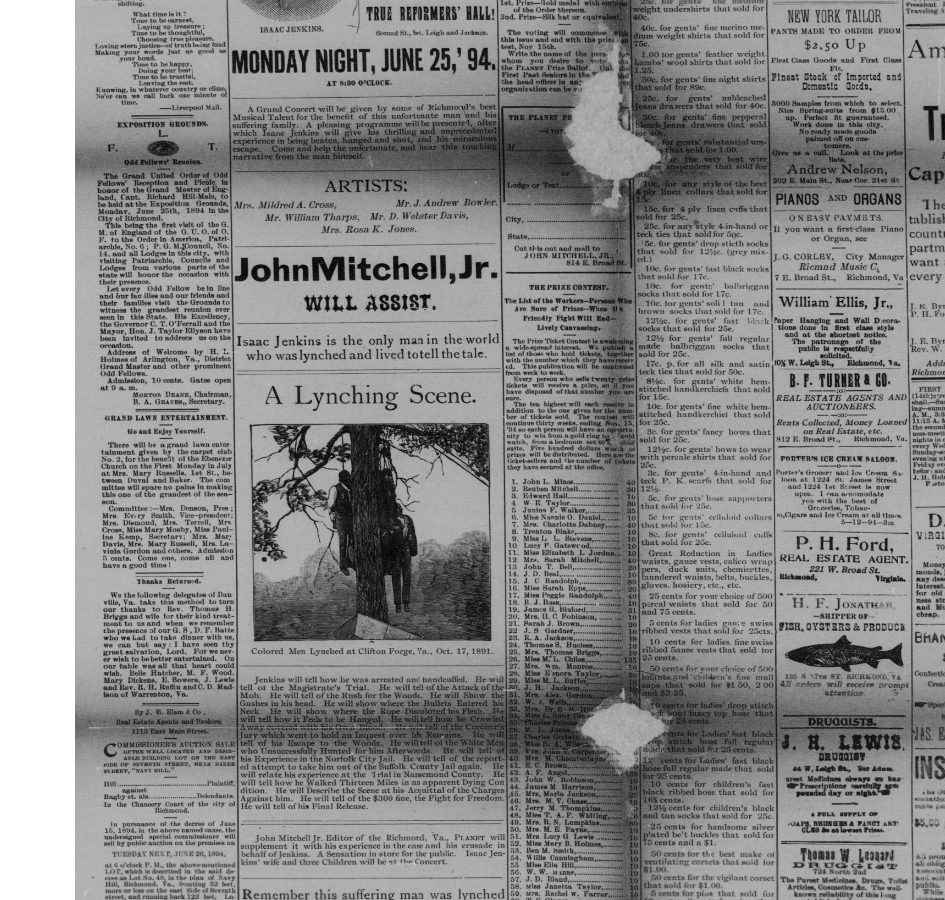 According to historian William Brundage, there were rumors that "armies of black miners" would retaliate. Brundage found no evidence of further violence, but did find that white and black residents viewed the event quite differently. The mayor and other white residents denied that race played any part in the killings. "If a party of white men had come here and acted as did the negroes... they would have shared the same fate," the mayor proclaimed. African Americans viewed the event differently. From their perspective, the fact that the white mob had brought the bodies to the black community while daring any black resident of their community to "poke their heads out of their doors" demonstrated an intent to target and terrorize people because of their race.