"The earliest photograph of the Clubhouse. Built in 1854 as the home of Dennis Redmond, it is believed to be the first concrete house built in the South." Photo courtesy of http://www.masters.com/en_US/discover/timeline.html. 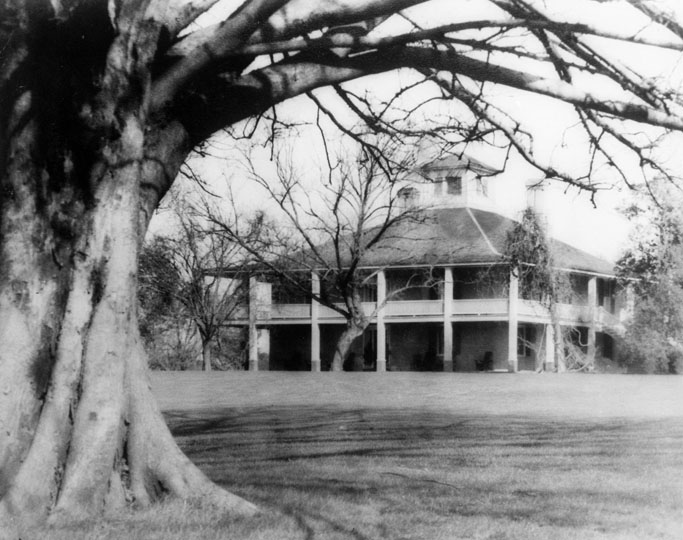 "The field for the 1935 Masters poses in front of the Clubhouse." Photo courtesy of http://www.masters.com/en_US/discover/timeline.html. 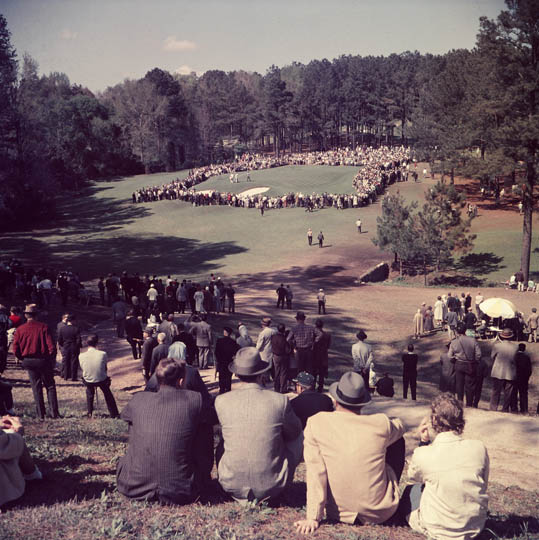 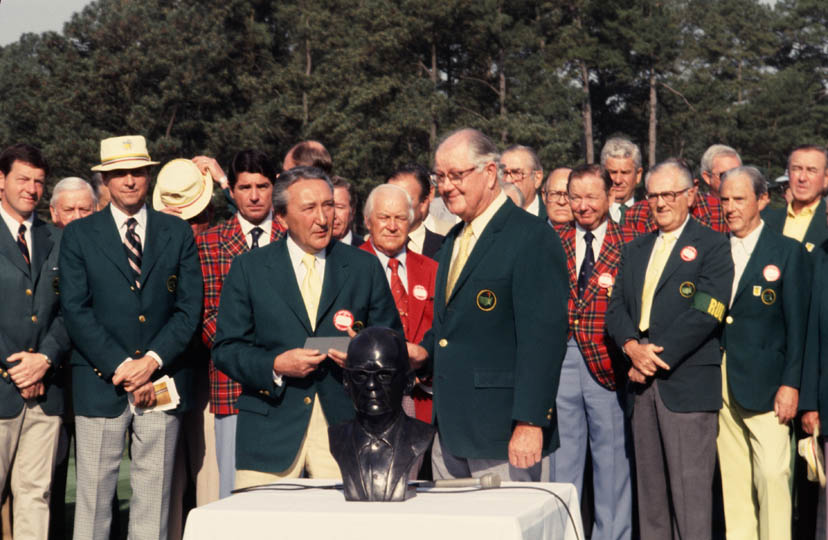 "The scene from the Clubhouse." (1982) Photo courtesy of http://www.masters.com/en_US/discover/timeline.html 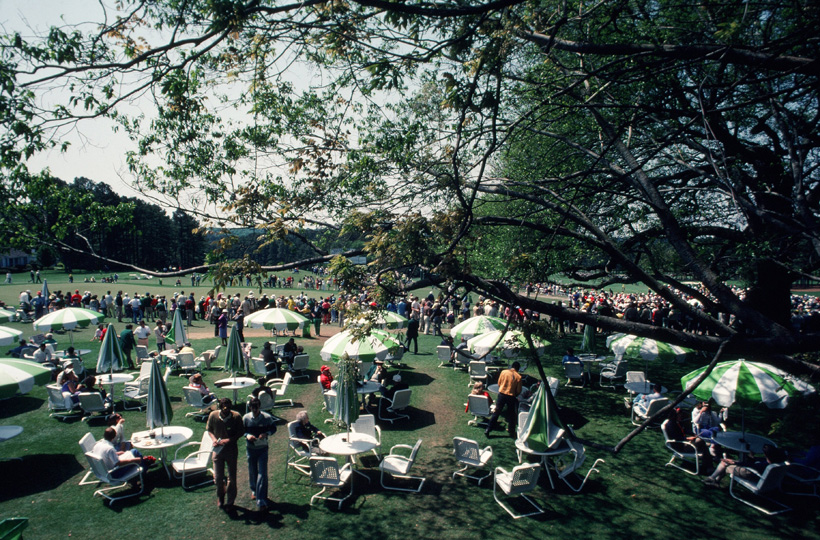 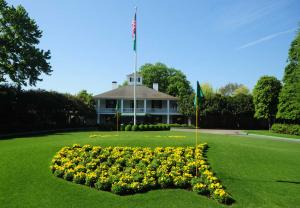 In 1931, former amateur golfers Bobby Jones and Clifford Roberts purchased a 365 acre plot of land in Augusta Georgia for $70,000 with the idea to create the perfect winter golf course. They then hired golf architect Alister MacKenzie to help design the course. From there they began designing the course. Jones and MacKenzie worked throughout the Spring and Summer in 1932, carefully designing each fairway, green, bunker and river. The course was open in late December of 1932, with an official and ceremonial opening coming in January of 1933. Invitations were sent to New York businessmen inviting them to a private train party hosted by Clifford Roberts and Grantland Rice a sports columnist and author. Members of the party were transported to Augusta to play alongside Bobby Jones on the new course, but due to poor weather conditions and the Great Depression, the golf club only gained one new member from this private party.

This unexpected outcome did not discourage the new club founders. "Our overall aim at the Augusta National has been to provide a golf course of considerable natural beauty, enjoyable for the average golfer and at the same time testing for the expert player striving to better par. We want to make bogies easy if frankly sought, pars readily obtainable by standard good play, and birdies, except on par 5's, dearly bought," Bobby Jones said at the Club's opening.

The following year, the Augusta National Golf Club hosted a tournament as a way to promote the new club and sell memberships. This tournament, the Augusta National Invitation Tournament, would later become known as the Masters Tournament. Instead of serving as a tournament official, Bobby Jones played in the inaugural tournament on Thursday, March 22, 1934. Jones finished in thirteenth place behind the leader Horton Smith. Smith won $1,500 out of a total purse of $5,000 by a single stroke over Craig Wood.

As the Tournament grew and Augusta National Golf Club developed, it took on a segregated culture. According to the author of "Blacks and Women in Augusta Golf," only Black local caddies were allowed to serve the tournament participants until 1982 when the rules changed to allow outside caddies. It was not until 1975 that the first African American golfer was allowed to participate in the Masters Tournament and the club did not admit a Black member until 1990.

The club also refused membership to women until August 2012 when it admitted Condoleezza Rice and Darla Moore as official members. Augusta National is (nearly) impossible to join however. The club has been around for nearly a century, and one cannot join as a member by application, and must be invited to join when an opening is caused by the death of a member or when a member is asked to leave. The club often receives criticism for its restrictions, but remains one of the best known and elite golf clubs in the country owing to its status as the home of the Masters Tournament.