Constructed in 1845, this is the only remaining hospital constructed by the Marine Hospital Service in the 19th century. Although the building's status is uncertain, preservationists and community organizations are working to preserve the building which remains one of the most structurally-sound antebellum hospitals in the United States. The hospital was constructed "for the benefit of sick seamen, boatmen, and other navigators on the western rivers and lakes" and was an active hospital for over a century. The structure has survived two tornadoes and owing to its structural integrity and historic value, it has been extensively restored to match its 1899 appearance. The structure was strategically placed between the wharfs of Louisville and Portland, with a "beneficial effect of a view of the Ohio River." Physicians hoped that the view of the river "would naturally awake in the minds of men whose occupation were so intimately connected with it." The hospital was designed by Robert C Mills, the same architect who designed the Washington Monument and several other prominent structures. At the time of its completion, it was a "cutting edge" facility, with indoor plumbing and an air circulation system that helped prevent infections.

Historic postcard picture of the hospital. 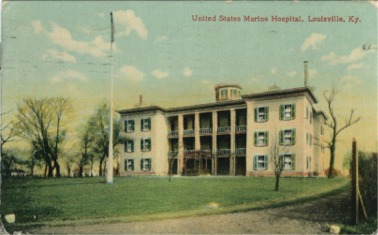 Recent photo of the hospital 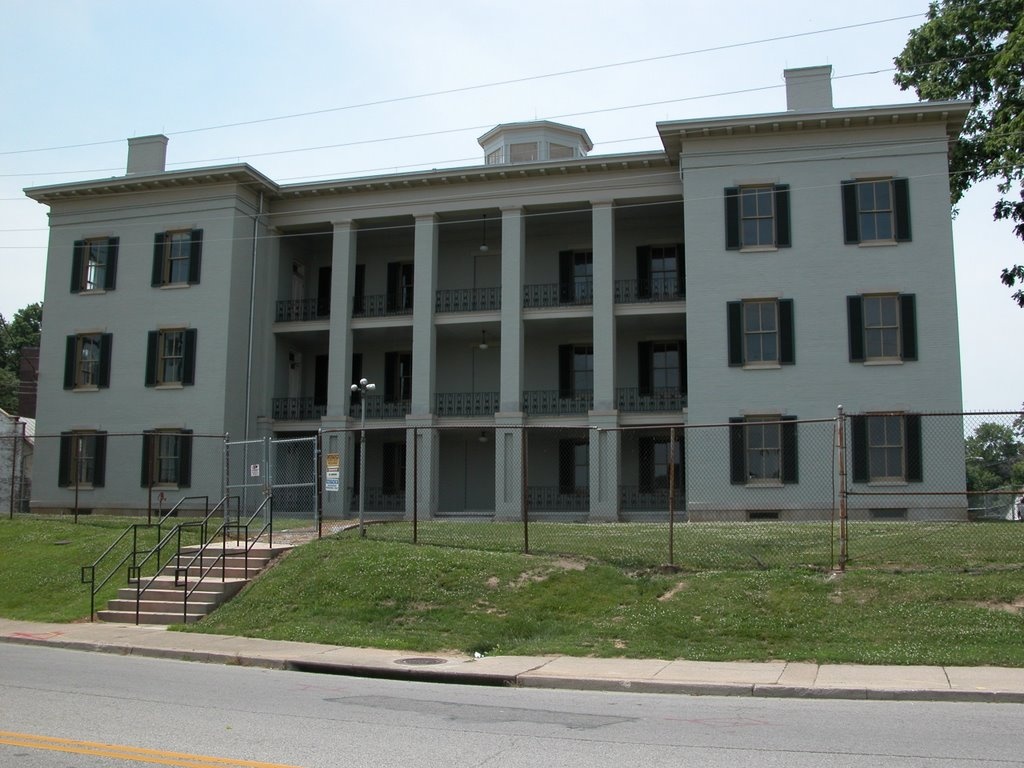 Renovation continues on this historic hospital.

The Ohio River has been the lifeblood of Louisville since the beginning. The waterway allowed for the city to thrive and attracted people from all over the world to settle. None of that growth would have been possible without the brave men and women who navigated those waters. It was for them that the United States Marine Hospital was built in 1845. The hospital treated the many seamen, boatmen, and navigators of not only the Ohio River but many of the other lakes and rivers of the region.

Considered the best remaining antebellum hospital in the United States, it is located in the Portland neighborhood of Louisville. Officially opened for service in 1852 it treated sickness and injuries from operating the early riverboats. Its location between the Louisville and Portland wharfs was devised to ease the minds of the men in recovery there. The hospital became an important factor in the treatment of both Union and Confederate soldiers during the Civil War. During World War I the hospital provided care for many of the amputees that returned from the fighting overseas. During the early 1930s the hospital was used a dormitories for doctors and nurses of other hospitals.

In 1933 the hospital closed its doors. The city of Louisville bought the property in 1950 and used it for a treatment center for the chronically ill. Later in the 1950s the hospital became housing for the residents working at the newer hospital built near the site, the Family Health Center of Portland. The building was vacant from 1976 to 2007.

The hospital was placed on the National Register of Historic Places in 1997. In 2003 the National Trust of Historic Places up the hospital on its endangered places list, which sparked a movement to restore the building. It received a $373,000 grant to restore the roof and exterior of the building to its earliest known photograph from 1899. Several updates such as a 1933 smokestack and several outbuildings and parking lots were razed to reflect the earlier design. The restoration was complete in 2007.

The future of the building is still being determined. An original plan was to make the building a welcome center for visitors coming from the Sherman Minton Bridge, but traffic issue concerns scrapped the idea. The basement has been converted into a ballroom which can be rented out. The ground floor is a showroom of the hospital’s history and displays several artifacts. There are planes for the upper two levels to serve as offices for businesses and organizations working with community outreach.

In the period following the Civil War, the U.S. Marine Hospital at Louisville was commanded by three remarkable local physicians. Dr. David, Dr. Thomas, and Dr. George Washington Griffiths each served as Surgeon-in-Charge of the maritime hospital.

Natives of Wales, the Griffiths family moved to America in 1841. All three brothers studied medicine in Louisville and each established popular and successful medical practices. Ardent Unionists, at the outbreak of the Civil War, each made their contributions to the war effort and to medical service in Louisville.

The Portland neighborhood recognized their contributions to the community by naming Griffiths Avenue, just a few blocks south of Portland Avenue, to honor their service.

Medical service, and a commitment to the Marine Hospital, was a family tradition. In later years, Dr. William Griffiths, a son of Dr. George W., also became a physician at our hospital.